Traveling to Cuba as an American has been confusing and intimidating. With the lift of sanctions back in 2015, many Americans excitedly traveled there. Then with the constant change by the trump administration, some have canceled trips or are scared to go. Traveling to Cuba is actually a lot easier than the news portrays. And doing your research and talking to friends that have gone recently in 2019 makes a difference in getting facts straight. After traveling there for 9 days, I have compiled some practical Tips for Americans Traveling to Cuba in 2019. And resources so that you are thoroughly prepared.

Cuba Travel Tips for Americans in 2019

Trust those that have Traveled to Cuba. Not what the media tells you.

The American Government, media, and US Embassy website seems to do a good job of scaring its citizens in visiting Cuba using the word “ILLEGAL” unless traveling under these “12 Permitted Categories“. Since September 2017, “People to People” is no longer allowed, so check off “Support for the Cuban People“. Once you reach the Havana airport, no one there cares what you do as they just want tourists to spend money and have a good time.

The number 1 advice I give you is to talk to those that have actually traveled to the destination you are going to. Instead of hearing the negative news or the hearsays the media and others tell you. This goes for Cuba, the Middle-East or anywhere else in the world. If you met 10 people who have been to the destination you are going to, who say that it’s a safe or easy place to travel through, I would trust them over the other 10 who have never been.

The US enforced an embargo on imports and relations with Cuba in 1958. 50 years later, in April 2014, talks of re-establishing a relationship with the Cuban Government began. In May 2015, President Obama met with Raul Castro (Fidel’s brother), which was the first meeting between the 2 country’s leaders in over five decades. Since the meeting, Obama has been responsible for easing the embargo, allowing Americans to legally travel there. As a result, cruise-ships and Airlines began non-stop flight services between Cuba and major US cities. American Tourists were then permitted to visit as long as they were going under 1 of the 12 permitted categories. This has been a win-win for the Cuban people. Families have been able to reunite. Also, a win for Americans to be able to visit a country they know so little about while bridging new friendships.

As of October 2019, Americans Traveling to Cuba is still Legal.

Since trump came into office in 2016, he has made it his #1 priority to undo everything Obama has done. He began by tightening sanctions. And the media, as usual, has been in a scurry without clear understanding, by saying the policies have gone in effect, therefore, making it illegal for Americans to travel to Cuba. Though there are fewer flights, non-stop flights from Texas and Florida to Havana are still available. As well as easy access to Visas. 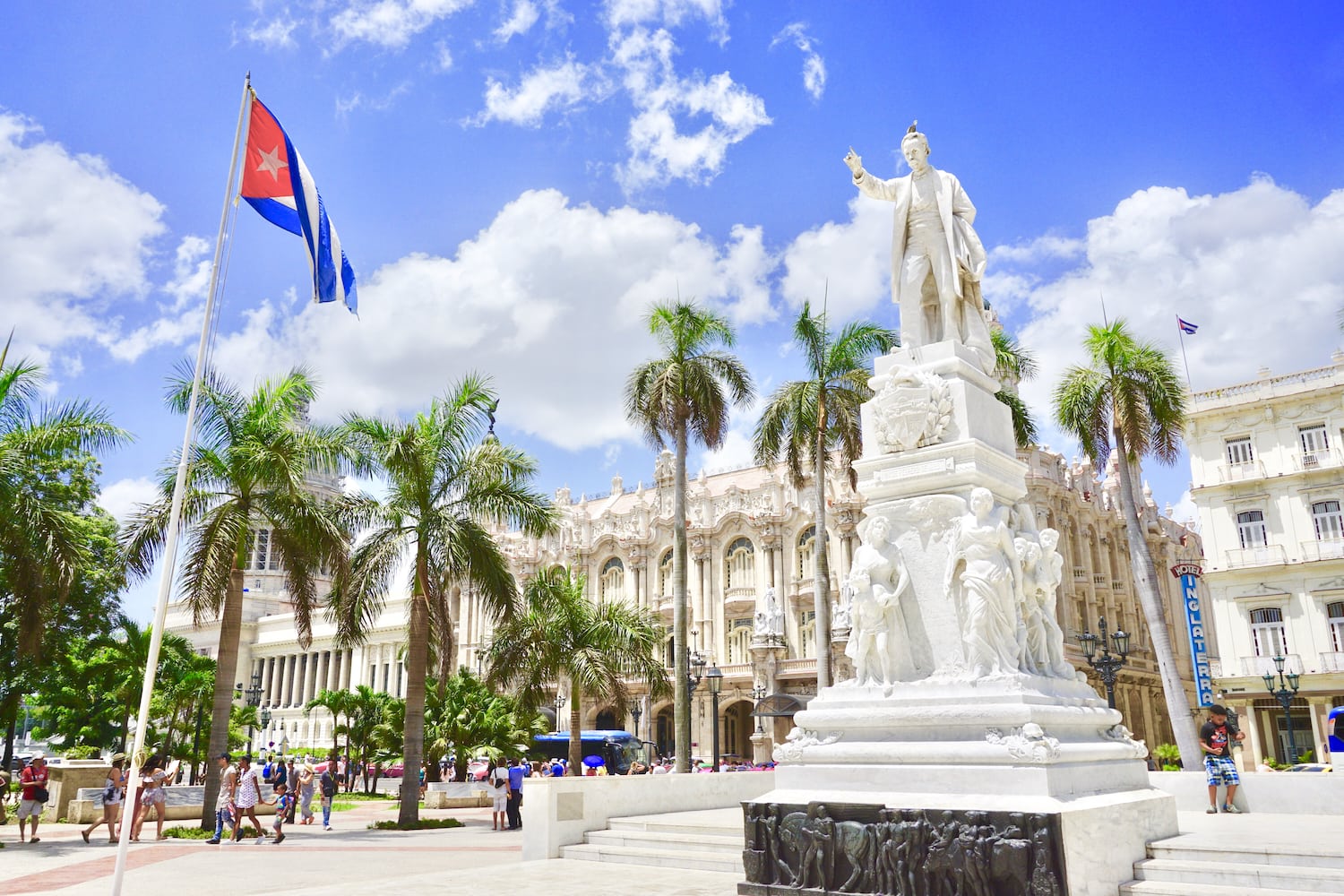 Reality is that tourists (especially Europeans, Canadians and South Americans) have been traveling to Cuba for decades. Some adventurous Americans have as well, as they traveled through airports outside of the US. Many went through Mexican airports. The Cuban Government has always welcomed tourists in. If a US citizen came in prior to 2015, they simply didn’t stamp it (as a favor to the American visitor). As many restrictions as the US has had with their citizens traveling to Cuba, once an American steps foot onto Cuban land, they are free to do anything they want. The Cuban government could care less. Mainly all they care about is to make money from tourists and for them to have a good time while doing so.

This is still the case today, as people ask whether or not they need to purchase Tour Packages from US Operators. The answer is no. It’s unnecessary, a ton of money, and you won’t experience the real Cuba. 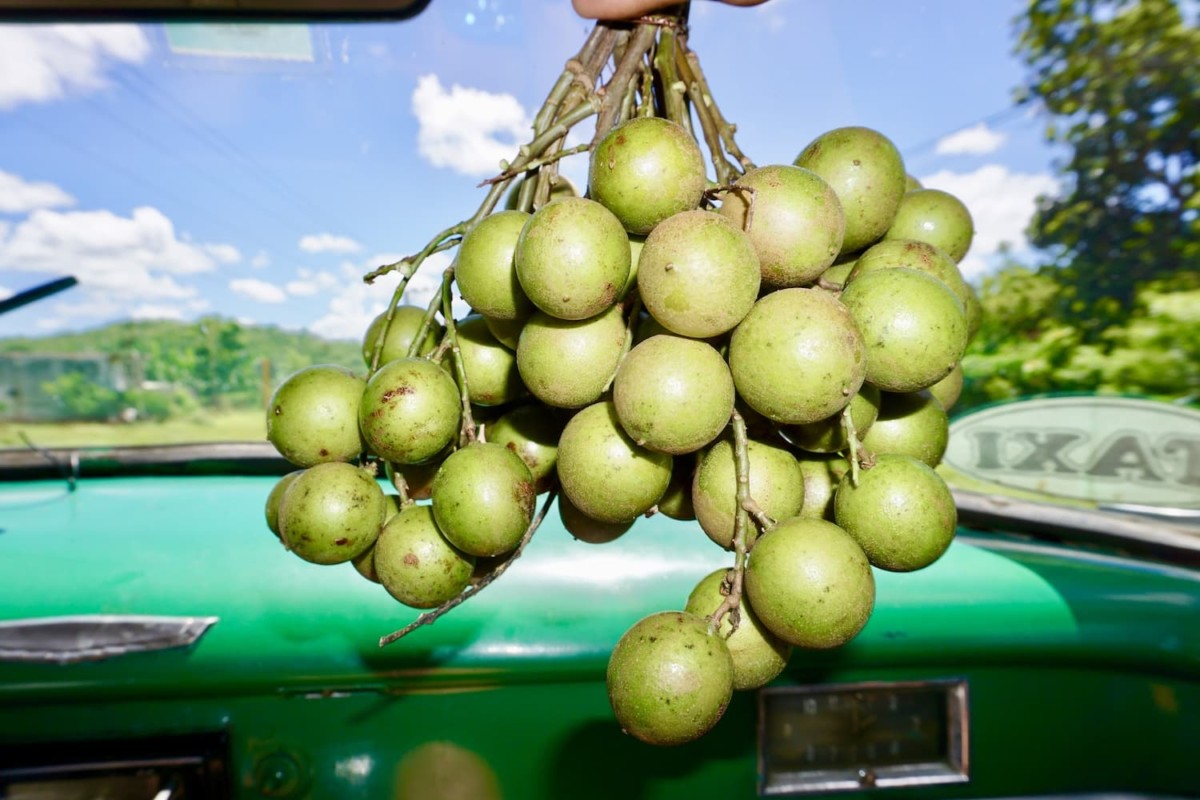 PREPARING FOR YOUR TRIP TO CUBA

Now that we have covered that Americans traveling to Cuba in 2019 is legal, let’s get down to the logistics of planning your trip. You do not need to book an expensive tour package that will break your bank. Below, I will offer some practical tips on organizing your trip to Cuba:

Step 1: Book Your Flight to Havana

Research the cheapest flight via third party booking sites like SkyScanner.com or Kayak.com.

Once you find a flight you wish to take, go to the actual airline website to see if it’s available for the same price. If so, then book it through there so you have more control over your flight and am able to put in your frequent flier miles.

Step 2: How to Obtain Your Cuba Visa

Purchase at Your Departure Gate

Depending on the airline you take, there are different procedures to obtain a Visa. As of 2019, only American Airlines offers Cuba Visas you can purchase directly at check-in from the Miami airport.

The safest route is to purchase your Visa ahead of time through CubaTravelServices.com for $85 per Visa ($50 visa + $35 processing fee).

To Fill Out the Cuba Visa Form:

The Visa is a blank form that you fill out once you’re on the flight. That is what I did for 7 of my friends and it was completely painless and easy which took less than 10 minutes in & out of the office. (No questions asked)

Tip: when Venmo’ing, do not mention “Cuba” as they will flag your account and hold until review. 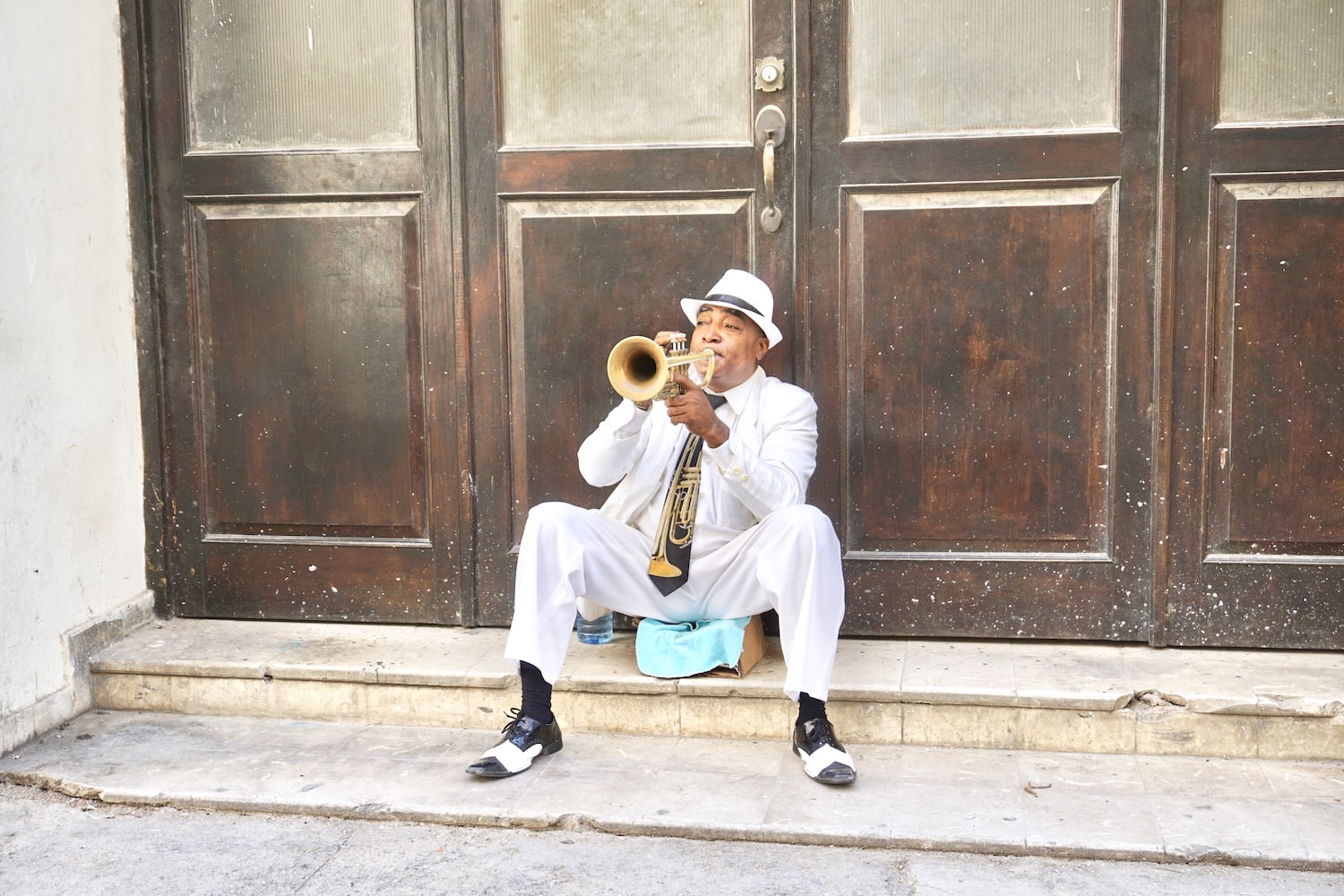 Step 3: The 11 Categories of Authorized Travel to Cuba 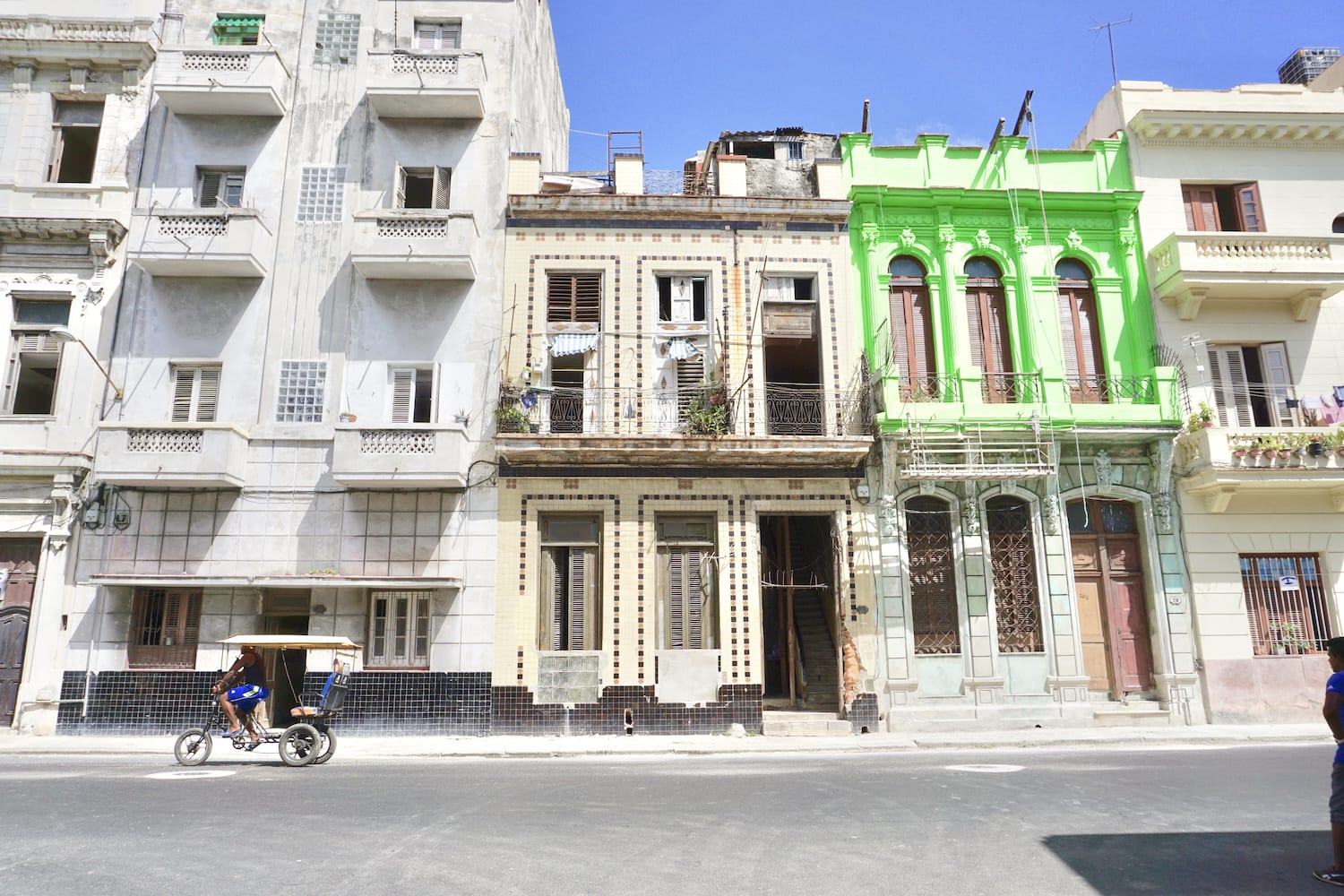 I usually only book the first 1-2 nights stay of wherever I am traveling to as I like the flexibility to come and go as I please. Due to the limited access in Wifi for both the visitors and citizens of Cuba, it is crucial to book your accommodation ahead of time. In the case of wanting to stay an extra night in the town you are already in, that is totally doable. If the host doesn’t have an extra room, they always have relatives or neighbors they can refer you to then.

As American Tourists, you are technically not allowed to stay in any ‘Government-owned’ Hotels or dine at their restaurants which are considered “restricted” by American law. Regardless, the best Cuba travel experience is to stay at people’s homes called “Casa Particular” which you can find via Airbnb.

Tip on booking any accommodations: I always recommend booking a place with more than 10 – 4-star reviews or higher (out of 5 stars). 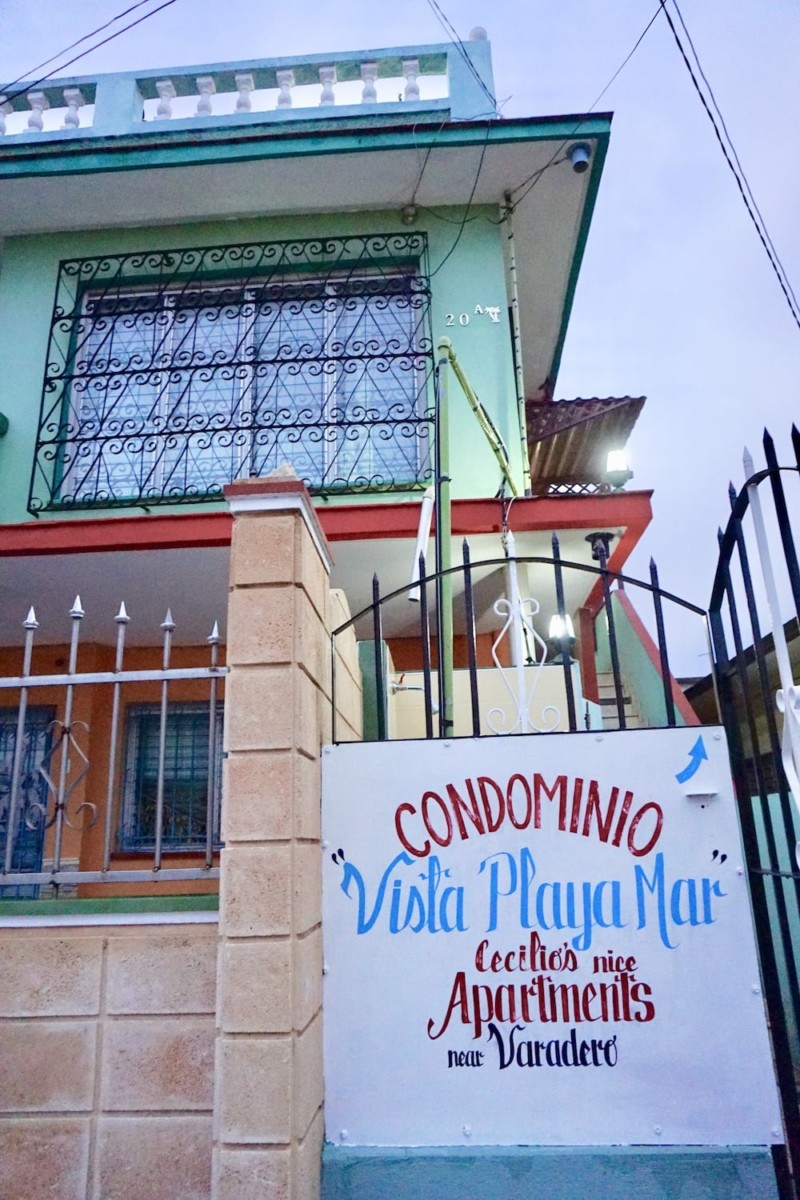 Benefits of Sleeping at a Casa Particular versus a Hotel:

For the first time Airbnb guests, use my code for a discount!

Each of these wonderful hosts can help arrange any type of tours: walking tours, multi-day tours or excursions.

Now that you are all booked for your trip to Cuba, let’s talk about money and packing. Cuba is a beautiful country with so much to see, do and experience. Not being properly prepared with enough cash and some extra planning could cost you a lot more agony, time and annoyance than necessary.

I don’t like carrying a lot of cash in general. When I travel, I typically bring around $300 USD and exchange as I go but rely mostly on ATMs as they have had the best exchange rates. You have to always carry both options though as sometimes ATMs don’t work or have limited amounts of money you can pull out depending on countries. (This was the case in Senegal where they only let us pull out $40 at a time and banks were taking 2-3 hours wait-time to exchange money.)

The American government has restricted all access to pull cash from the ATM or Credit Card in Cuba. So bring more than enough cash for your whole trip. As I talked to friends that have gone, they all said they used on average $75-100 per day which includes their homestay, food, transportation, alcohol and every little thing.

For those who want to buy Cigars, you should set aside a whole reserve for that as it is still costly there.

Cuba is a developing country and the citizens earn among the lowest wages in the world at an average of $25/month. However, the country is not as cheap as you would think to travel through (like other third world countries). I found myself spending as much money as I would in Europe, with transportation being the most costly. We also splurged a few nights at nicer restaurants. Some of us also tipped more generously at times to help the local people.

To save money, getting around with Shared Taxi’s and Public Busses is doable but will take a lot more time. And it is only advised for the more adventurous travelers.

Examples of Daily Cost / How to Budget:

Casa Particulars/Airbnb Nightly Costs: $40 per night average (or split according to how many people sharing the room)

Step 6: What to Pack for Cuba

What Type of Clothing to Pack for Cuba

The weather is usually hot and humid and the Cuban people are very liberal and casual. So pack casual cotton and linen clothes. Bring hiking or running shoes for outdoor activities (horseback riding, bicycling, hiking, etc).

For Women: Local ladies dress in short shorts/skirts and bikini’s on the beaches. With that being said, the men tend to be machismo and some, chauvinistic. Females may get some cat-calls while walking on the street. Just something to keep in mind when deciding outfit choices and consequences. As far as shoes go, I brought only a pair of wedges to wear on some nights although sandals are perfectly fine.

For Men: You could get away with wearing anything. Pack a decent evening outfit for a night out to town in Havana as it has some nice clubs and lounges. It also looks great for the photos to dress in All White Linen and Straw Hats!

If you have unused/un-wanted clothing, school supplies, electronics, or any practical items to donate, bring it and donate it to your hosts at the Casa Particular. They will truly appreciate it. Our host Pupi cried when she saw the 3 bags of clothing we brought for her which would be passed down to her children and grandchildren. A little goes a long way in Cuba.

Step 7: Once You Arrive in Cuba 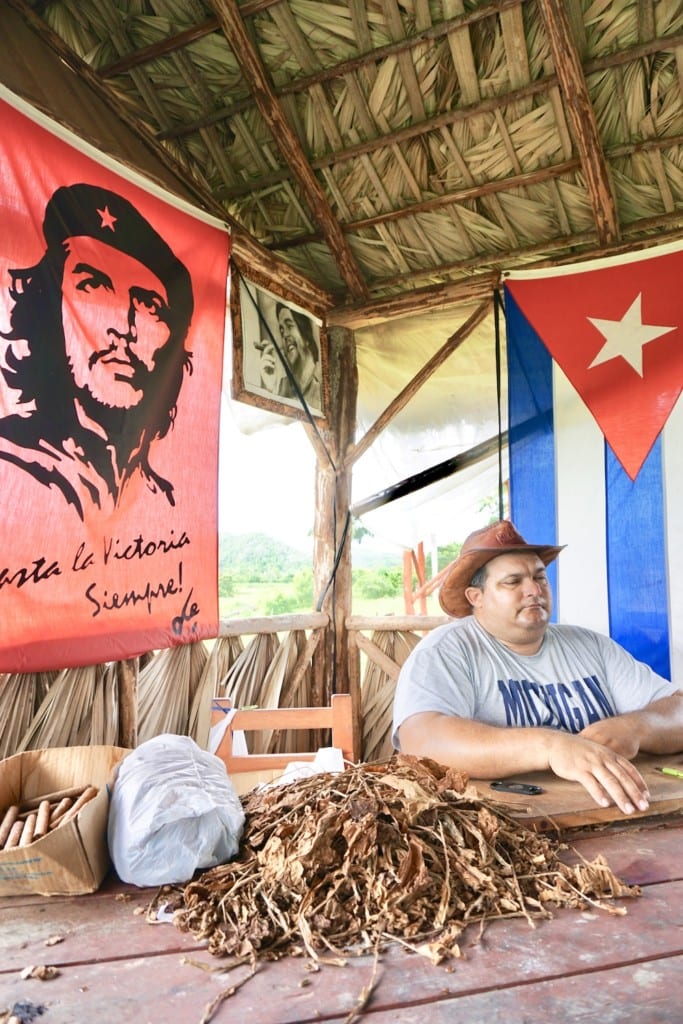 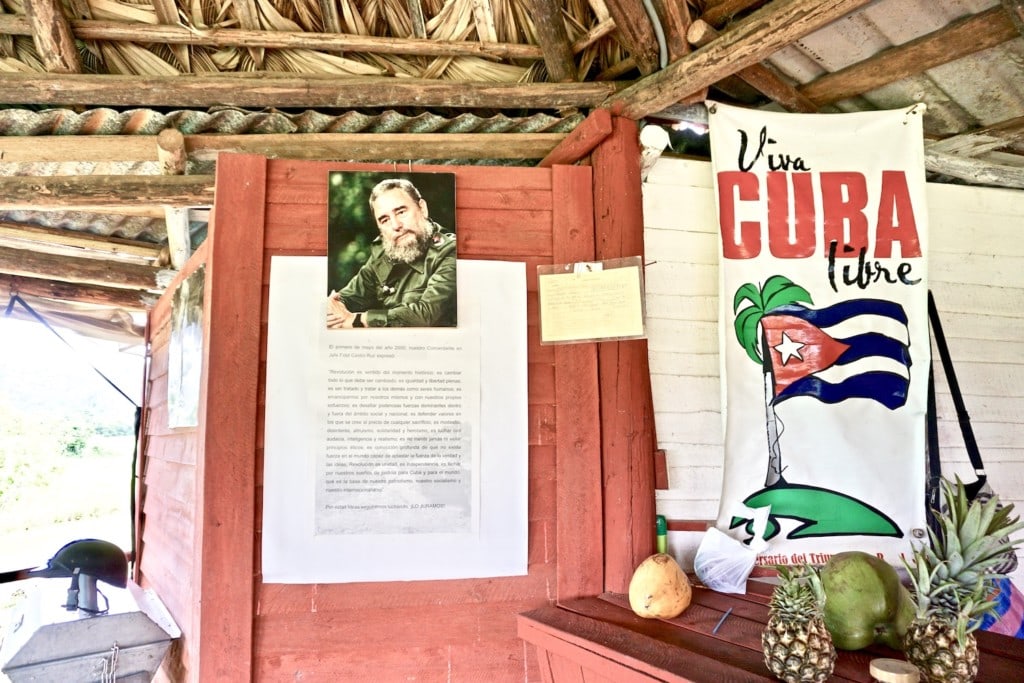 Many Americans traveling to Cuba love to buy Cigars as souvenirs as well as exploring the Cigar Farms in Viñales or the various other cities. You may likely pick up smoking cigars as well while there.

Tip: Dip the tip side you are smoking in Honey, it makes it even tastier!

Where to buy Cigars is Debatable

Cuba is generally a very safe country to travel through for both men, women and solo travelers. There is virtually no gun or knife violence. Hurting tourists result in major jail time and fines. Plus, they really do love tourists! That being said, there are some scams to be aware of:

Overall, enjoy your travels to Cuba! Engage with as many locals as possible and ask them about their lifestyle. They are a hospitable, warm group of people who despite the corrupt regime they’ve lived in, generally have a positive attitude towards life. They are family-oriented and always down to have a good time. Best of all, there is always music blasting wherever you go! 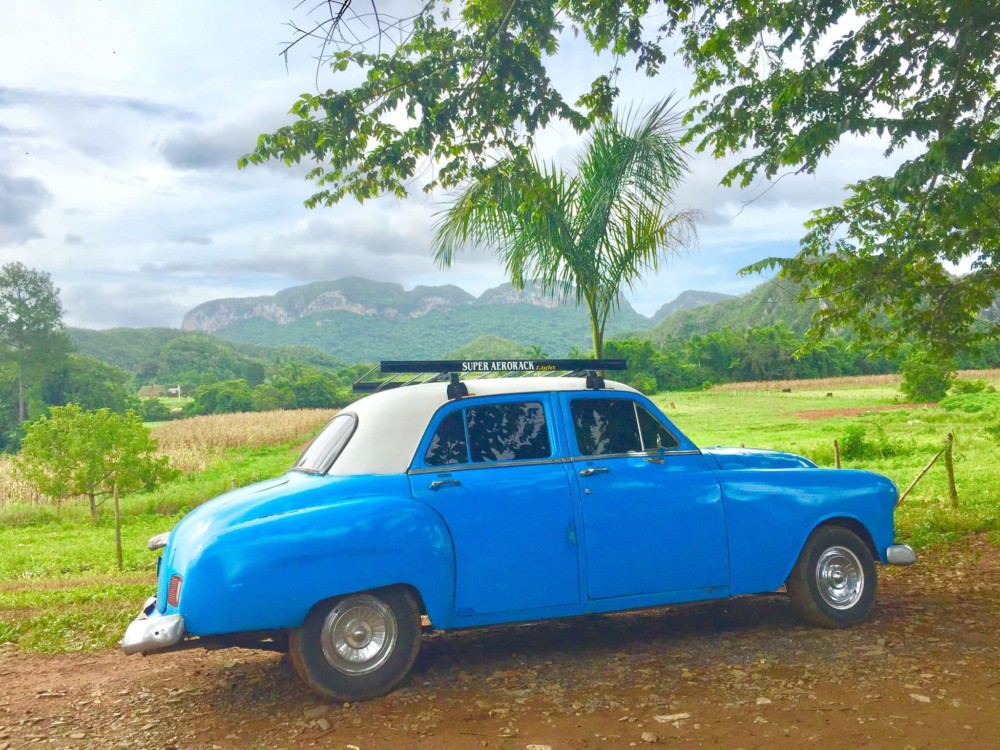