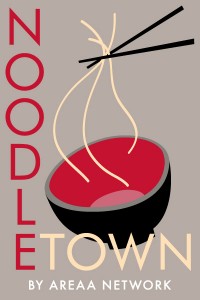 Las Vegas’s Chinese population began to boom starting in the 1960s and by the 1990s which grew to a population of 15,000 with the majority working in the casino industry. Visits in this episode include Salo Salo Grill, Ichiza, and Lotus of Siam. Besides the delicious food, we learned that Spring Mountain Road sprawls for miles and miles including various Asian Restaurants & Businesses.

Today, Chinatown Las Vegas is a cozy place for Asians to get away for comfort food outside of the bustling Las Vegas Strip!

Jim Park & Jacki Ueng explore Asian districts across the Nation to learn about the Food, Culture & Neighborhood while learning the history. How it came to be, what it means to the local Asian community, and the sense of “Coming Home”.

“Noodle Town” is an AREAA media production hosted by Jim Park & Jacki Ueng. ‘Noodles’ are a staple across all Asian cultures, and a symbol of long life. It’s a novelty served during celebrations, as well as every-day street food. Despite all the debate, Marco Polo did bring noodles from the east to the west!

Stay tuned for the next episode of Noodle Town! Tell us about your local Asian neighborhood and we will make our way there as fast as we can chew!