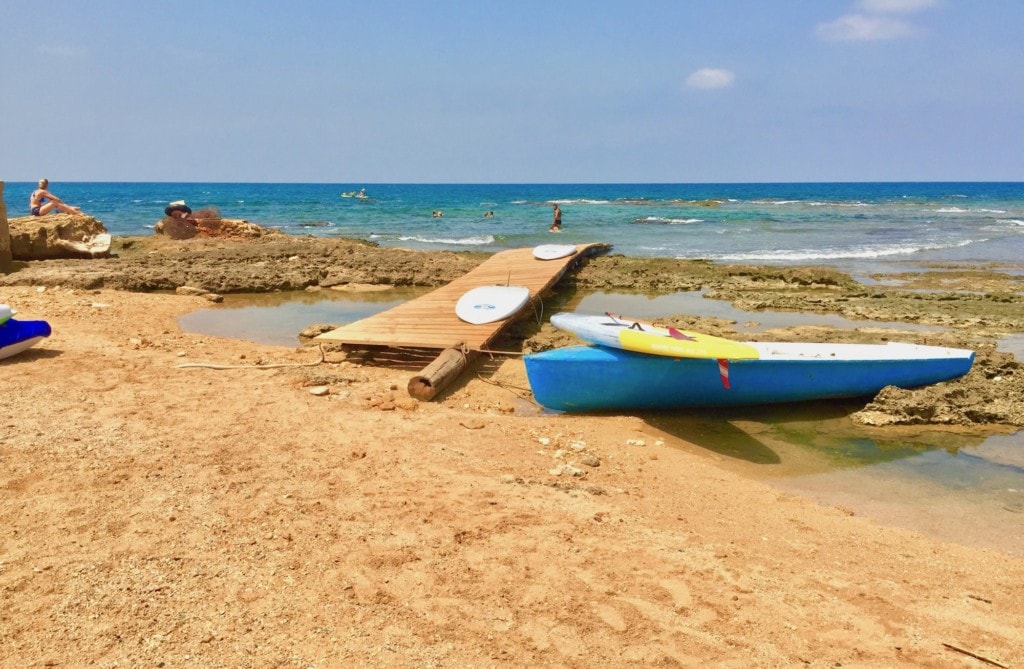 Visiting Lebanon soon? Make sure you budget a few days time to relax in my favorite town of Batroûn. It’s the ultimate beach destination for relaxation, sun, surf, yoga, good food, hiking and even ski activities during the winter time in it’s mountainside. Batroûn, just an hour north of Beirut, is a charming beach town all about the active, outdoor, local life. You can easily forget time or dates for days simply soaking in the sun in your bikini. To experience the quintessential Batroûn Beach Surf Bar, head on over to Colonel Brewery & Beach to start your journey in this adorable town.

Traveling in Lebanon is all about learning the deep history, culture and heritage. As it’s equally about eating deliciously crafted food and soaking in the fascinating lifestyle and outlook of the Lebanese people. They certainly know how to have a good time (and always with focus on their family and friends). Their hospitality is world renown, as it also is famously in the Middle-East.

Welcome to the Colonel Life 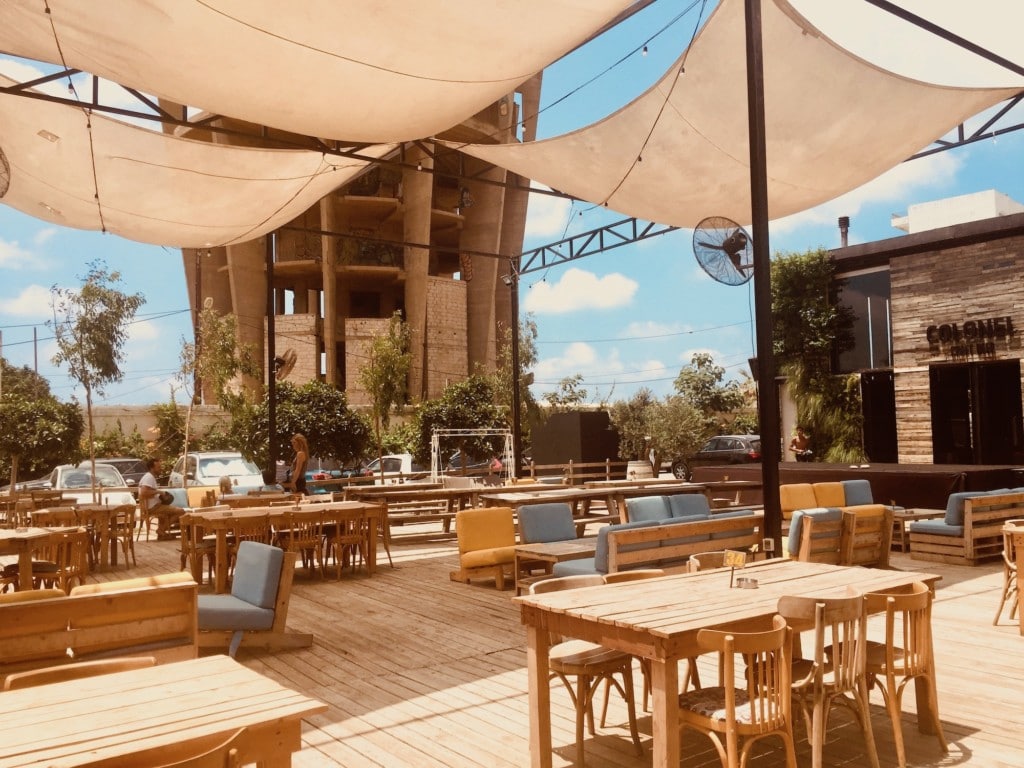 Walk 8 minutes down from the sandy path from the main road of Downtown Batroûn to a large green garden lawn where the Colonel Life begins. It’s a utopia of sorts with strong community ties. Your journey starts at the main hub, the Colonel Brewpub & Restaurant where you can learn first hand about the brewing process through a tour. The tour doesn’t end there as you can continue to witness the brewing process live through the glass windows of this restaurant.

Step outside to the garden lawn with a long outdoor bar, lawn chairs and outdoor games. Or lay out a blanket along the grass and picnic with friends. People of all ages, including families with small children love lounging here. Open 7 days a week from morning until the last man (or woman) dancing, the Colonel brand is all about inclusivity. It’s a home away from home whether you live locally, in the big city of Beirut or are a traveler like me. 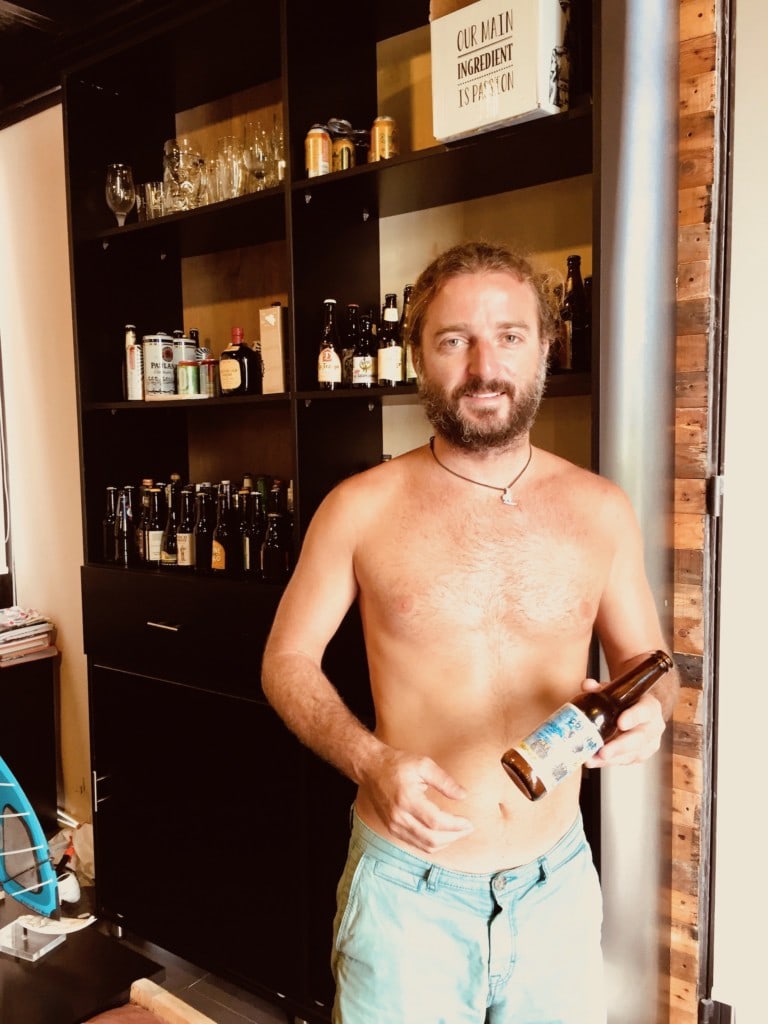 The Colonel brand was started by Jamil Haddad, a passionate entrepreneur who hosted his grand opening just 5 years ago. Colonel Brewery is not just a place to taste quality craft beer. It is a lifestyle which Jamil created initially from his imagination. Businesses like this only succeeds when the visionary behind it is truly passionate.

Ate the age of 16, Jamil wanted money to purchase Wind Surf Gear which would cost $5000. Being a major go-getter, he came up with the idea of bottling Irish Creme & Mint Liquor, a popular drink that sells especially well during Christmas time. He charged $5 a bottle and indeed sold enough to purchase his gear within months. His parents and the community were impressed and it gave him a taste of entrepreneurship.

In his 20’s, Jamil worked in the corporate world for Adidas International, sparing his time between Lebanon and Dubai where he ran Regional Marketing.

Jamil began brewing beer at home as a hobby. His deep interest for brewing lead him to travel to various workshops and extensive trainings in the UK and throughout Europe. As much as he has a continual passion for traveling the world, Lebanon will always be home for him. He is a natural ambassador for his country, incredibly proud of everything it has to offer. Jamil wanted to created a concept, an experience for the people of Lebanon. A place for the community to be free, to be creative and to build a lifestyle.

So his passion for brewing beer, bringing people together turned into a thriving business, right in the center of his hometown of Batroûn. In the summer of 2014, the Colonel Beer brand was born, along with this large plot of land he designed and developed from scratch. This is how the Colonel Lifestyle began. 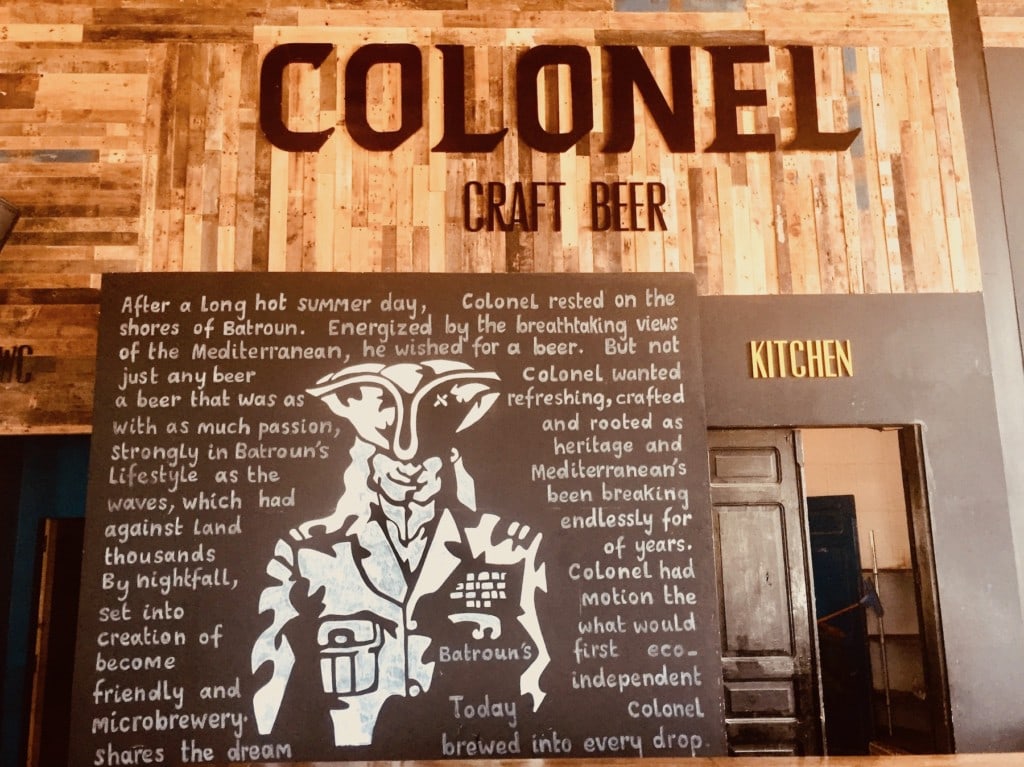 In 2016, Jamil won the Brilliant Lebanese Award for “Best Business of the Year”. His prize was $30,000 USD which he used to re-invest into Colonel. This certainly elevated his business to the next level but also proved that he had the backing of the Lebanese people who supported and loved his idea. They were right as Colonel has proved successful with it’s continual business flow, consistent community engagement and popularity throughout Lebanon. 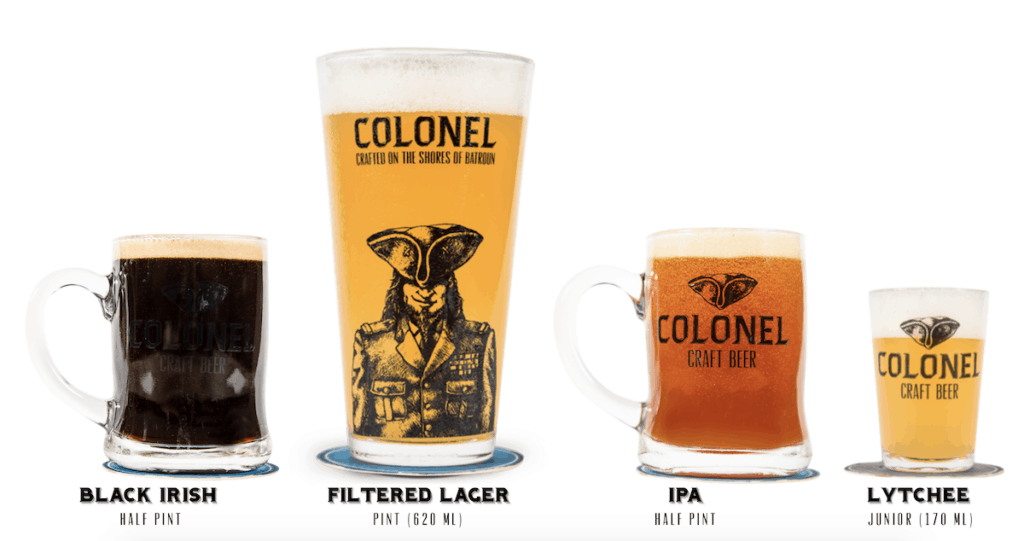 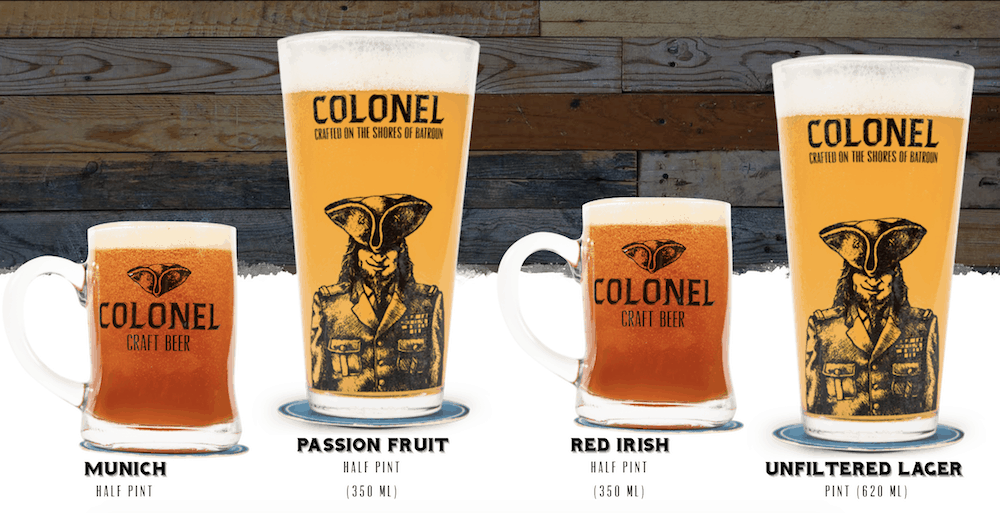 Based on the classic Czech technology, the Colonel brewing process uses only natural ingredients without any preservatives with a special Colonel secret twist. I recommend ordering a Flight of Beer which the brewmasters and bartenders can curate according to your taste preference. Or try them all! This way, you can try a variety of their specialties before ordering a pint. (Colonel beer is also bottled and sold at bars, restaurants and clubs throughout Lebanon.) 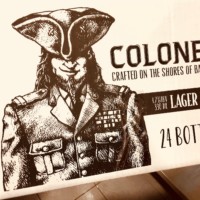 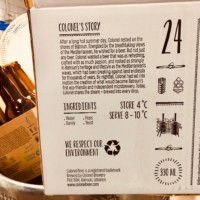 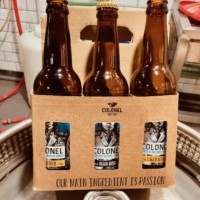 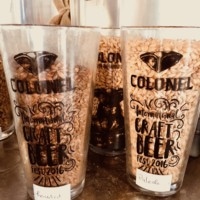 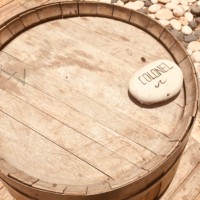 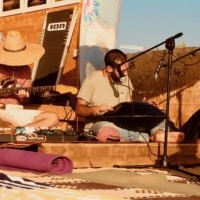 In 2017, 3 years after Colonel Brewery opened, they partnered up with the Batroûn Municipality and developed the adjacent beach into a beach bar and a place for water sports. The quaint beach is just steps down from the brewery named “Colonel Reef“. And the best part? This is where Jamil grew up windsurfing. 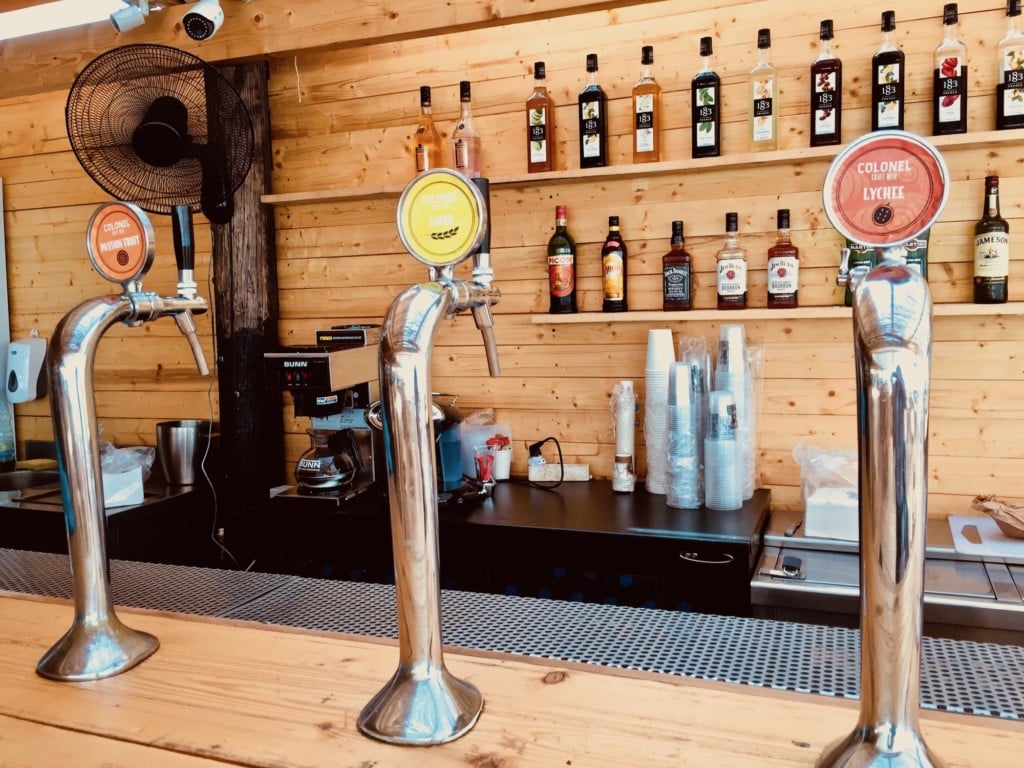 “The mission of both Colonel Reef and Batroun Municipality is to help Batroun become widely known nationally and internationally for training and supporting young water sport talents to become champions of tomorrow.” 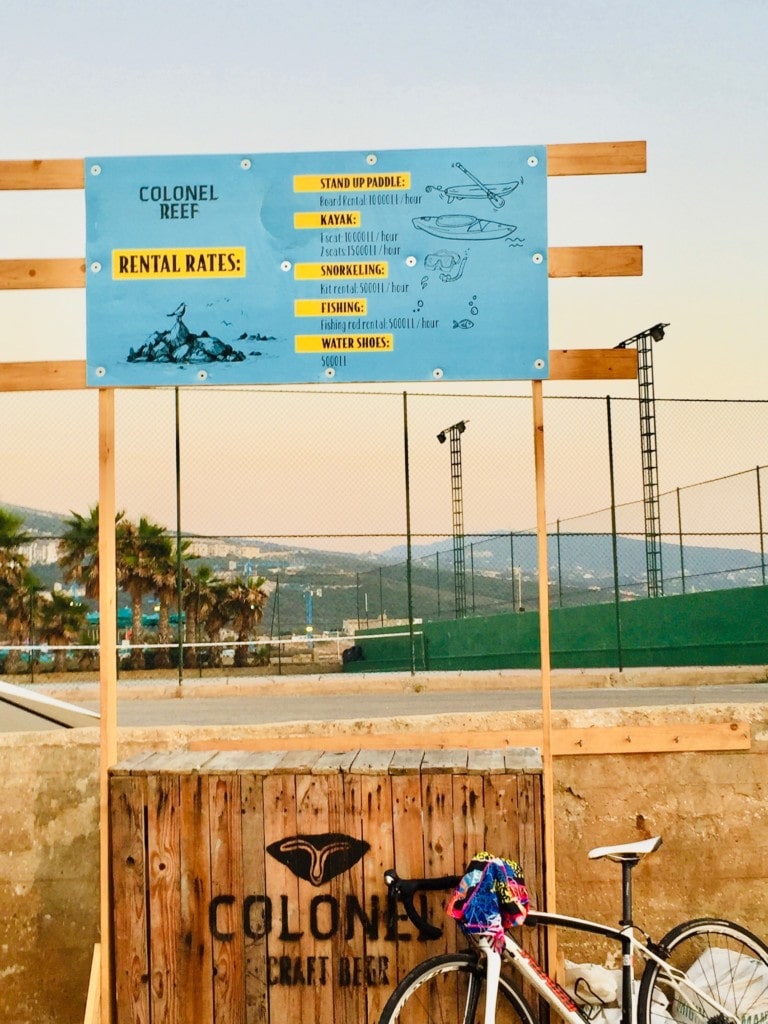 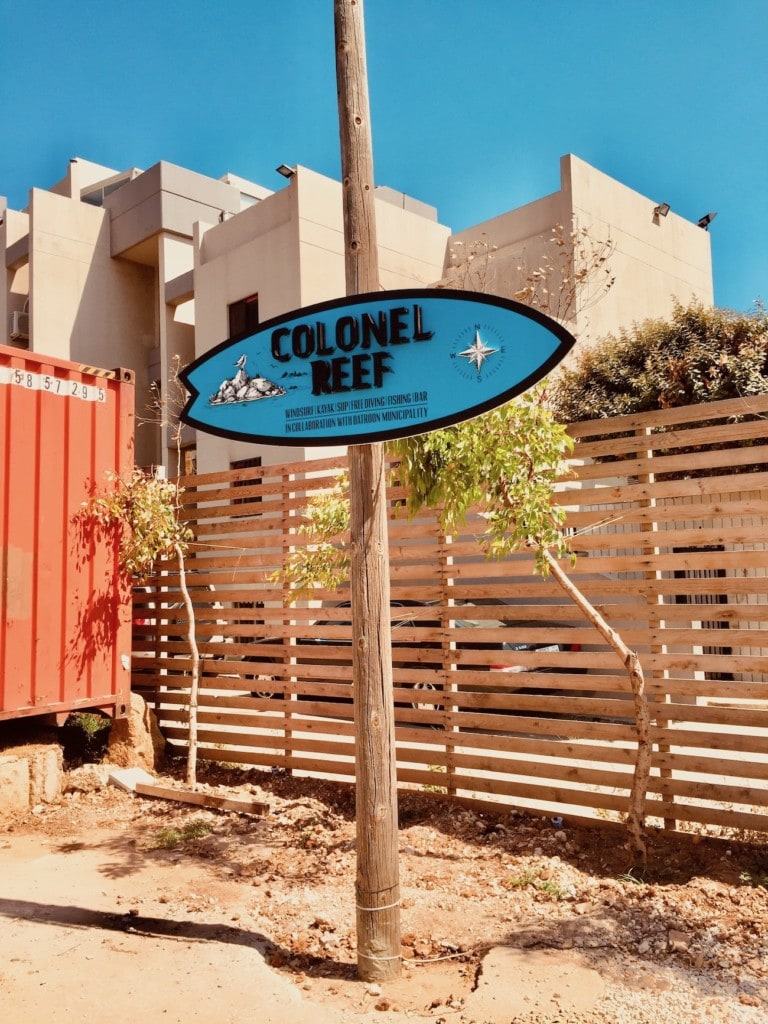 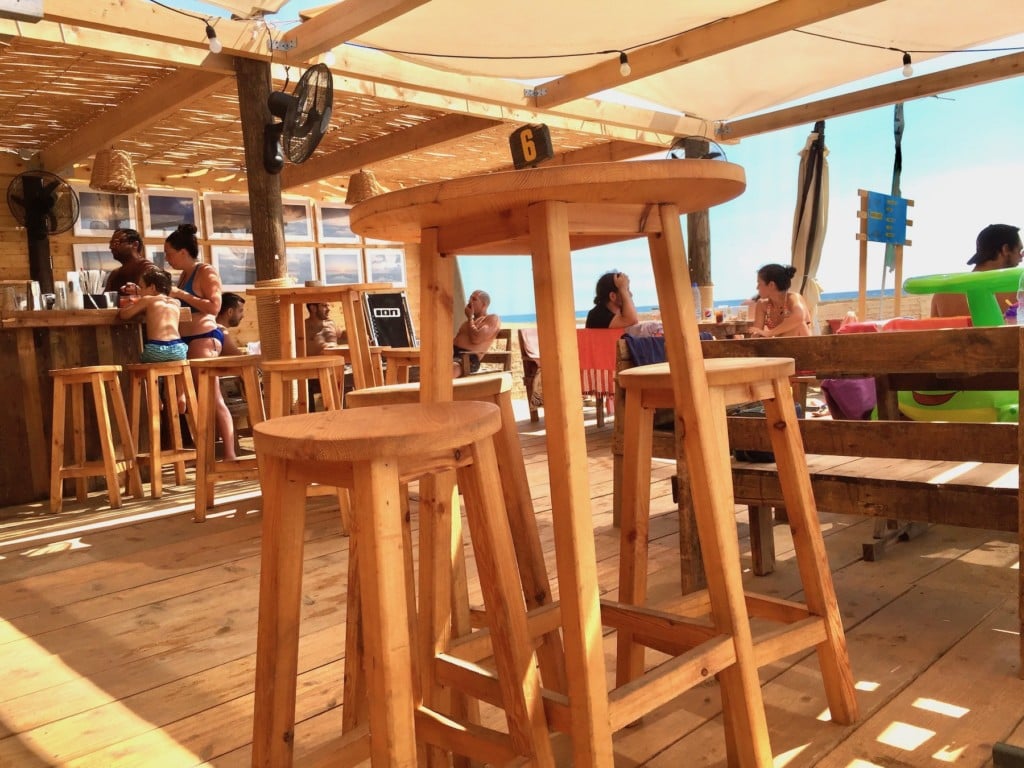 Colonel Reef is a laid back, hippie, surf-ish beach bar and a convenient place where you can rent equipments for every water activity you can think of:

Or simply lounge in your swim suit all day long, sip beer, cocktails and forget about your worries. 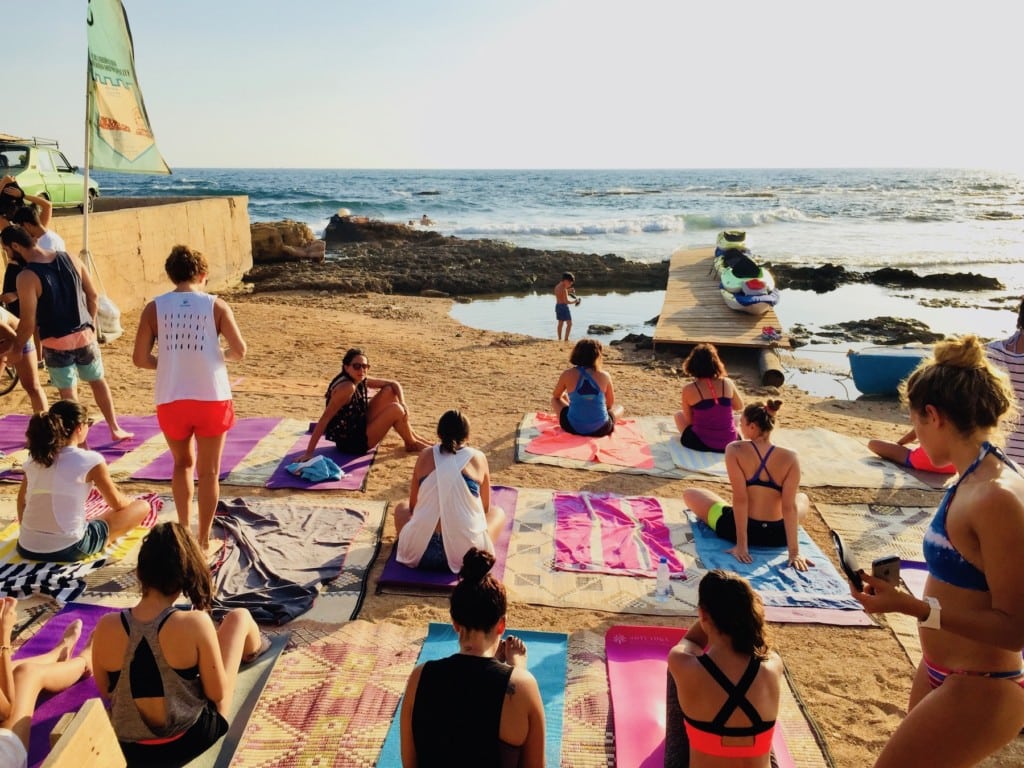 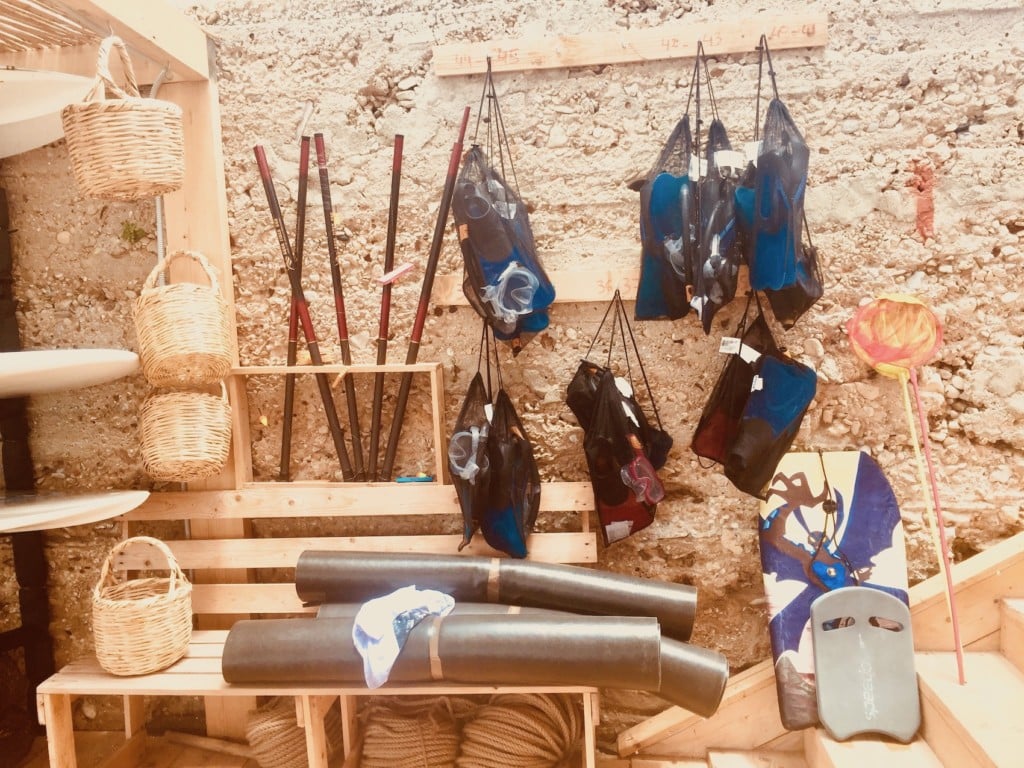 Got the beer munchies, a hangover or simply want to grab a casual bite? Don’t worry, Colonel serves up breakfast, lunch and dinner so you really don’t have to leave all day. They truly value the quality of ingredients for food just as they do with their craft beers. Enjoy a variety of local Lebanese culinary specialties, fresh seafood as well as popular bar food like Burgers and Fries.

Besides the usual brewery activities, Colonel is a space with a vibrant calendar of events every week. Events are posted on their facebook and instagram page. Concerts, Games, Holidays, Festivals, Yoga Classes, occur regularly that fits every interest. Want a chiller vibe? Stay by the brewery. Want to pop some champagne, take some shots and go float in the ocean? Head down to Colonel Reef.

Some of the fun activities that happen on the Colonel premise throughout the year: 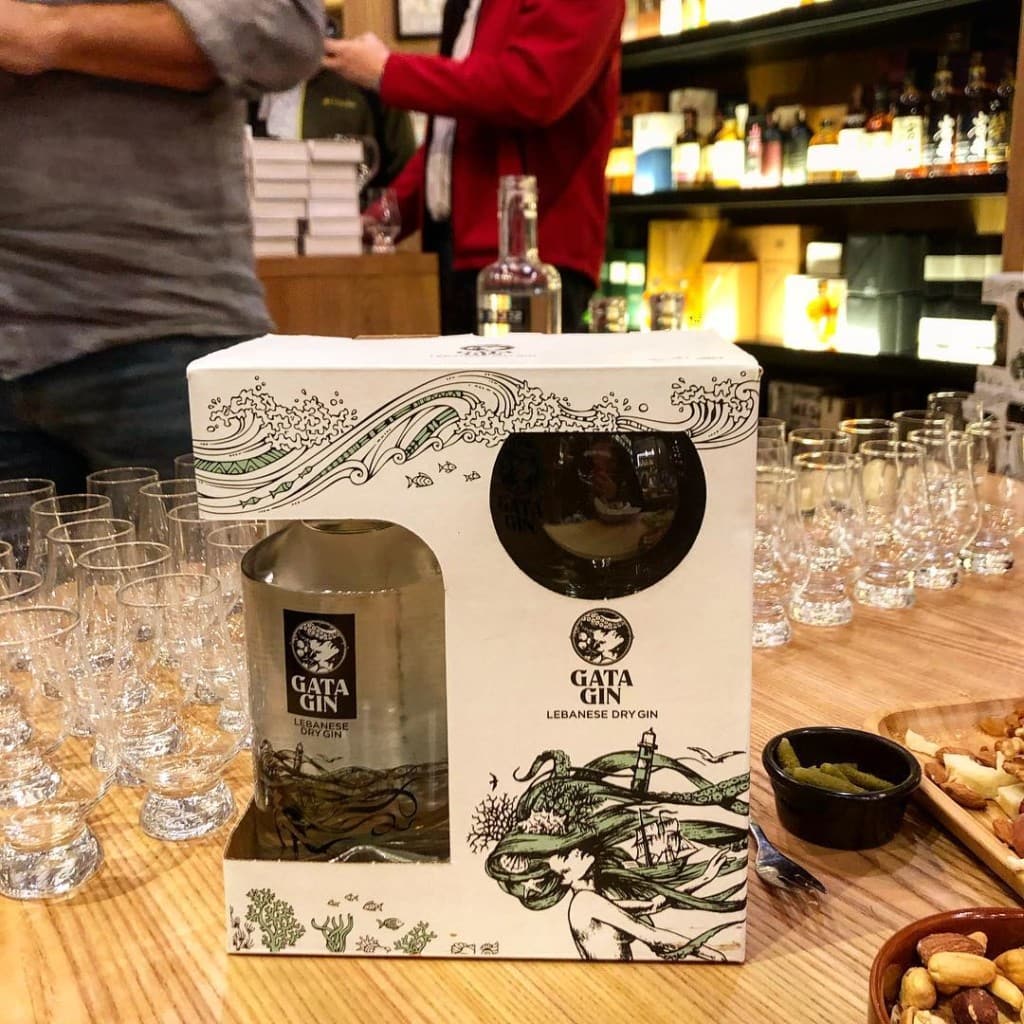 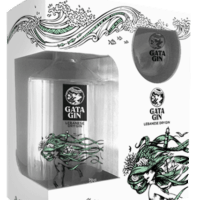 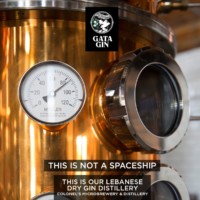 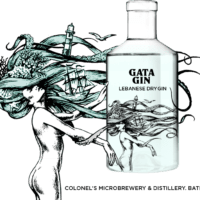 Learn More About the Colonel Life

Marcus Lemonis Meets One Of Lebanon’s First Craft Beer Makers from CNBC. Watch The Profit: “My Roots” as Marcus explores the land of his birth, Lebanon. He meets Jamil Haddad to see what the future of Lebanon looks like. And of course taste and learn all about Colonel Beer and a bit on the history of Lebanon: https://www.cnbc.com/video/2019/04/16/marcus-lemonis-meets-one-of-lebanons-first-craft-beer-makers.html 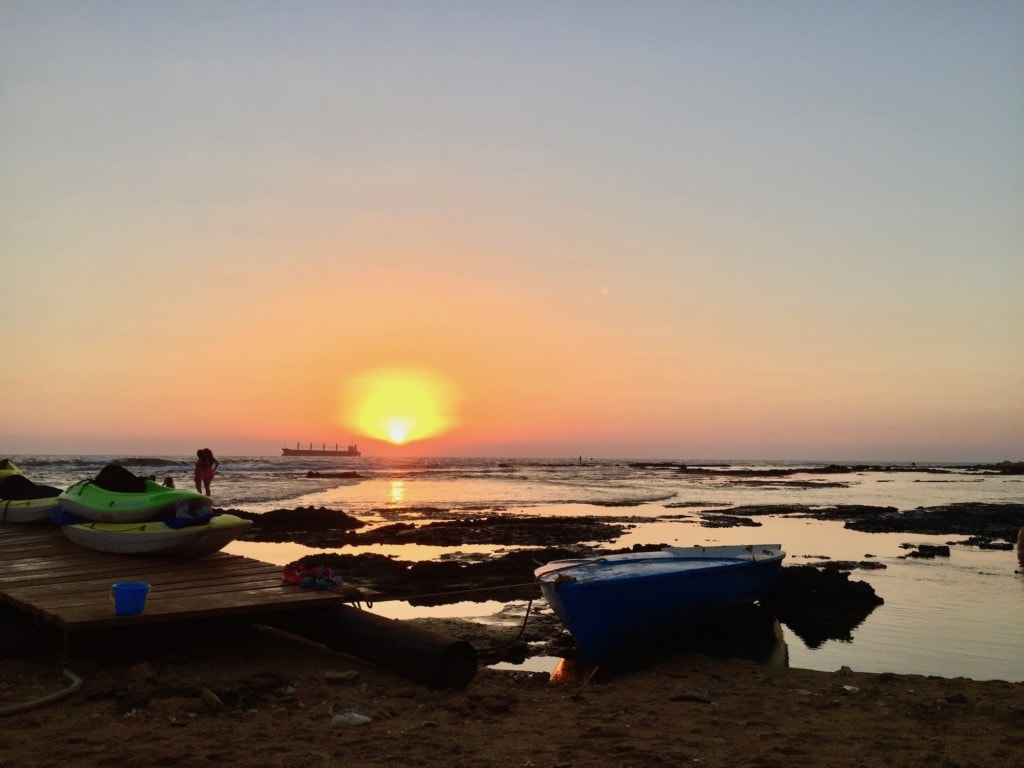