Taiwan: The Heart of Asia

Taiwan, located in the “Heart of Asia,” is renowned for its award-winning cuisine, historical attractions, and stunning natural scenery. Making it the perfect destination for both the week vacationer, for those taking a gap year or making a move, and also for layover visits to Asia. Situated on the Tropic of Cancer, the climate is generally marine tropical. In all it’s 13,974 square mile, a country petite in size, the vibrancy in atmosphere falls opposite in comparison to the size. There is so much to do, so much to see, and most excitingly, so much to eat and explore! In 2015, Taiwan welcomed more than 10 million international visitors!

Taiwan, formerly known as “Formosa” is a country very dear to my heart, as it is the birthplace of my parents. It was the safe haven for my grandparents who fled from China during the forces of Mao’s Communist rule during the Cultural Revolution in the late 1940’s. Chiang Kai-Shek, the former leader of China took the followers of his Nationalist party, the “KMT”, to this beautiful small island. Those who left were mainly of the educated class. Taiwan provided a fresh start to move forward, with a world of opportunities to the thousands that arrived.

Moving forward, the economy continued to thrive in Taiwan. Today, it still stands as one of the economic and technological powerhouses of the world, ranking the economy at 5th in Asia and 19th in the world. 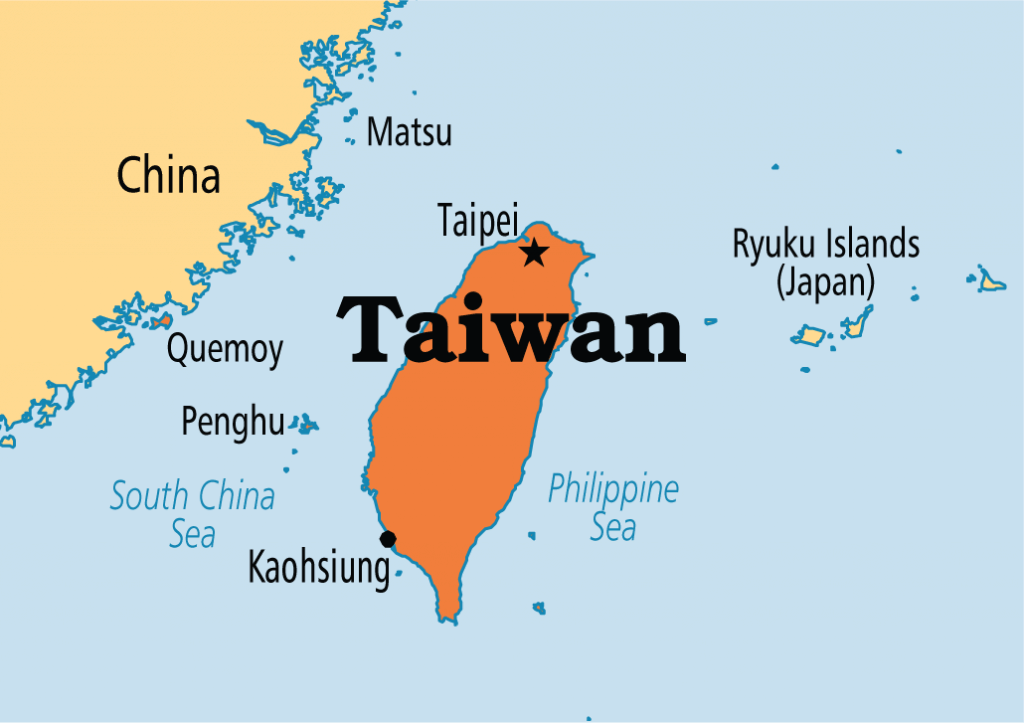 Safest Country to Travel as a Female

On a more exciting note, Taiwan is one of the safest, most relaxing countries to travel to. Especially as a solo female traveller (and how can it not, as they just elected their first female president!). Taipei, the capital of Taipei resembles a mini-Tokyo meets Shanghai. It is home to the former tallest building in the world “Taipei 101“, along with government offices, parks and the best night markets. Travel along south, and one can escape to National Parks, Tea Plantations and Hot Springs, while tasting through various regions of the Island, including the Aborigine Culture. The Taiwanese people are among the most hospitable culture and are very welcoming to tourists.

Transportation:
*The subway system is incredibly simple & easy to use, even for foreigners
*Bicycles are easy to rent anywhere you go
*Hire a driver or a taxi as a personal guide

I have gone over a dozen time, soaking up all the culture. The best is simply wandering the streets late into the night looking for my next small bite. The nightlife I must mention is just as fun, with bars, cafes and clubs to be found any day of the week.

Taiwan Tourism Bureau Launches “Best of Taste Taiwan” in North America Los Angeles in April. It will run throughout North America until the end of June.

The Taiwan Tourism Bureau produced it’s brand-new travel show. “Best of Taste Taiwan: 10 Things You Must Do” highlights an array of activities throughout the country. From signature experiences to local secrets.. Just to name a few:

This 30-minute special is hosted by my fellow Travel buddy, Mike Siegel, an acclaimed TV presenter, Stand-Up Comedian, Actor and host of the popular “Travel Tales” podcast. The Taiwan Tourism Bureau hosted the premiere of “Best of Taste Taiwan” at the AMC Theater at Century City Westfield Mall, showcasing “10 Things you must do in Taiwan”. The event attracted more than 100 guests, including high-profile media, travel influencers, tour operators, and travel agents. 2 guests won roundtrip tickets to Taiwan, from China Airlines and Eva Airlines. The show aired on CNBC on Saturday, April 23rd.

Between May 1 and June 30, the Taiwan Tourism Bureau will launch its “Best of Taste Taiwan” Facebook campaign that includes giveaways of free trips to Taiwan. You can enter by visiting the “Tanya Loves Taiwan” Facebook page, for a chance to win round-trip tickets to Taiwan.