Batroûn is a coastal city 50 kilometers north of Beirut and one of the oldest cities in the world. It has been recorded that the earliest human civilizations existed here over 5000 years ago and was also one of the most important Phoenician cities in the region. Today, there is only a population of about 45,000 people which is a very safe, surfer, hippie town with an exuberant nightlife along the sea. I recommend you hire a friendly, gregarious tour guide for a Biking Tour of Batroun to show you all there is to know about this magical area. 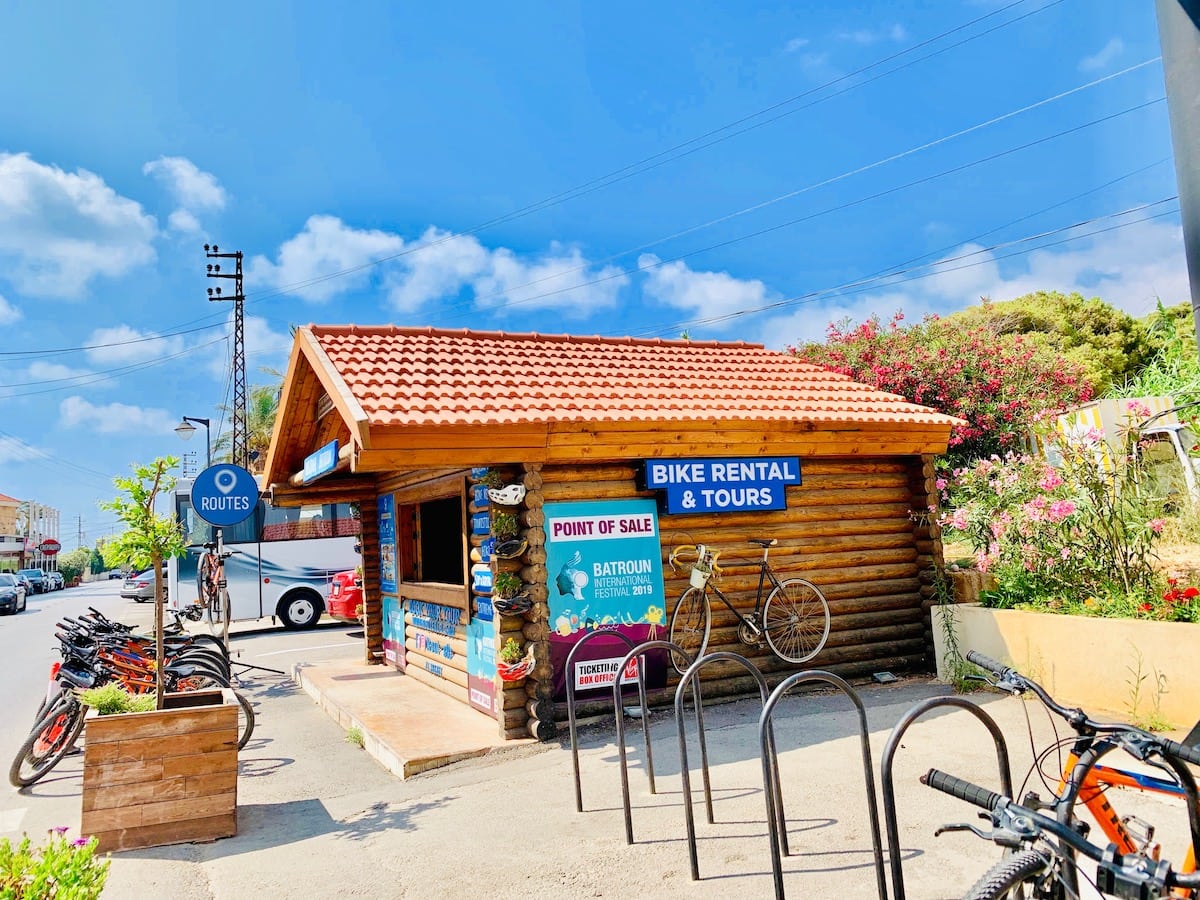 In 2016, Anthony Badaoui, a native Batroûni, quit his job in Beirut to come home and start a business he is passionate about. Routes is a Bike Rental & Tour company that is beyond your typical tour. As with many other niche businesses in Batroun, such as Darma Ji Yoga & Wellness and Colonel Brewery, Routes is also a lifestyle brand. It’s about welcoming locals and tourists alike into this warm beach community, a surf-town bubble known as Batroûn. It’s about sharing the experience of being a native and learning all there is to know about the culture & history. Tours and activities are also offered in the neighboring cities of Byblos and Anfeh. 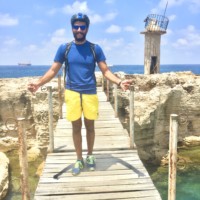 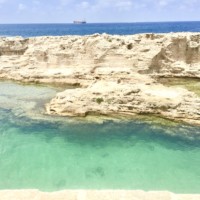 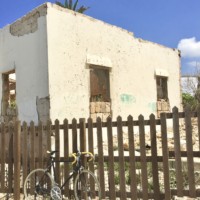 “The idea behind Routes was inspired by the trending image of Lebanon, it’s touristic streets and historical monuments, in addition to the friendly and harmonic feel of the towns and their citizens. The team is ready to provide groups with guided tours and maps detailing all touristic attractions in the region. Routes is devoted to provide it’s customers with a safe and healthy biking experience by equipping them with safety gears and bicycles from renowned brands.” 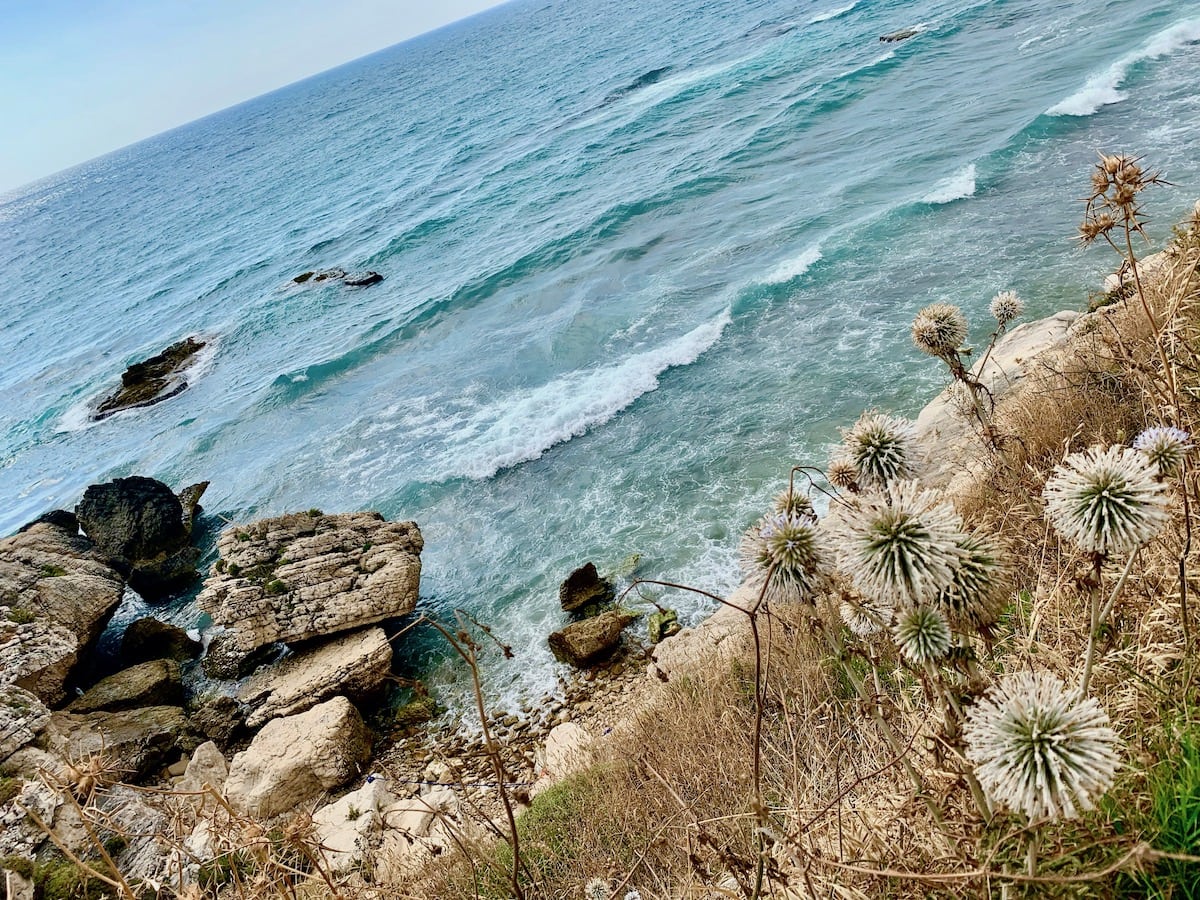 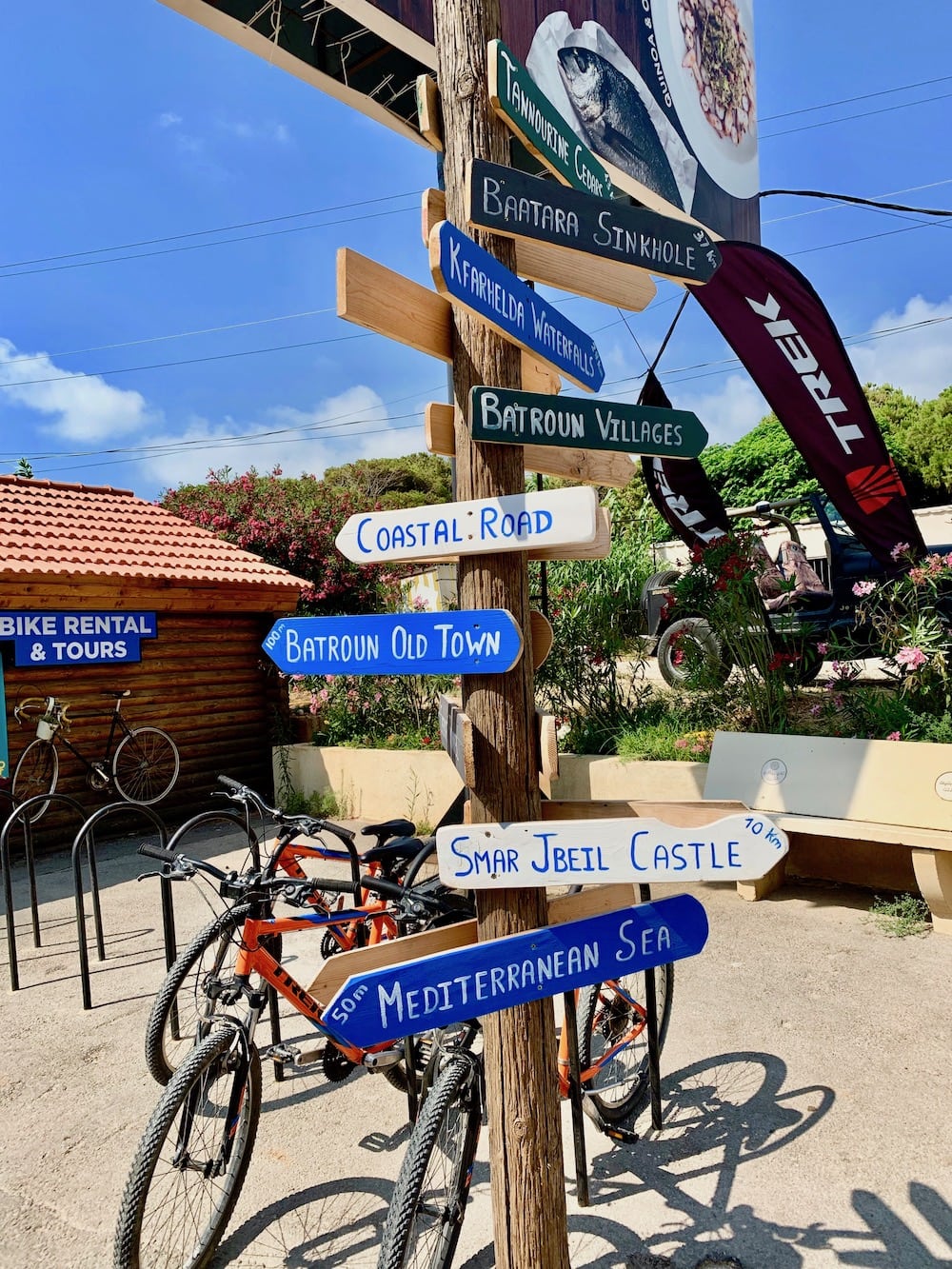 The Routes’ office kiosk is located conveniently on the main road in Batroun. Arrange a time via Facebook (look up a number of their scheduled group tours). Or if you’re looking for a private/customized biking tour of Batroun, simply message them directly.

You will likely meet at their Bike Rental shop to get your helmet and bicycle fitted.

A typical introduction of Batroun bike tour will begin by biking down the nostalgic cobblestone lanes of the Old Souk. And then continue on to the iconic St. Estephan Cathedral. For a brief refreshment, you’ll stop at the famous Lemonade Shop.

Once recharged, take a breather at the Diaspora Houses commemorating all the Lebanese people around the world. Take photos of the Old Phoenician Castle, pay your respects in the Greek Orthodox & Maronite Churches. Continue along the Mediterranean Sea at the “Mina“ (Port). End your tour at Colonel Brewery for a Brewery tour, a tasting of their latest microbrews and enjoy comfort food on the beach! Here are some more descriptions of things to do in Batroun: 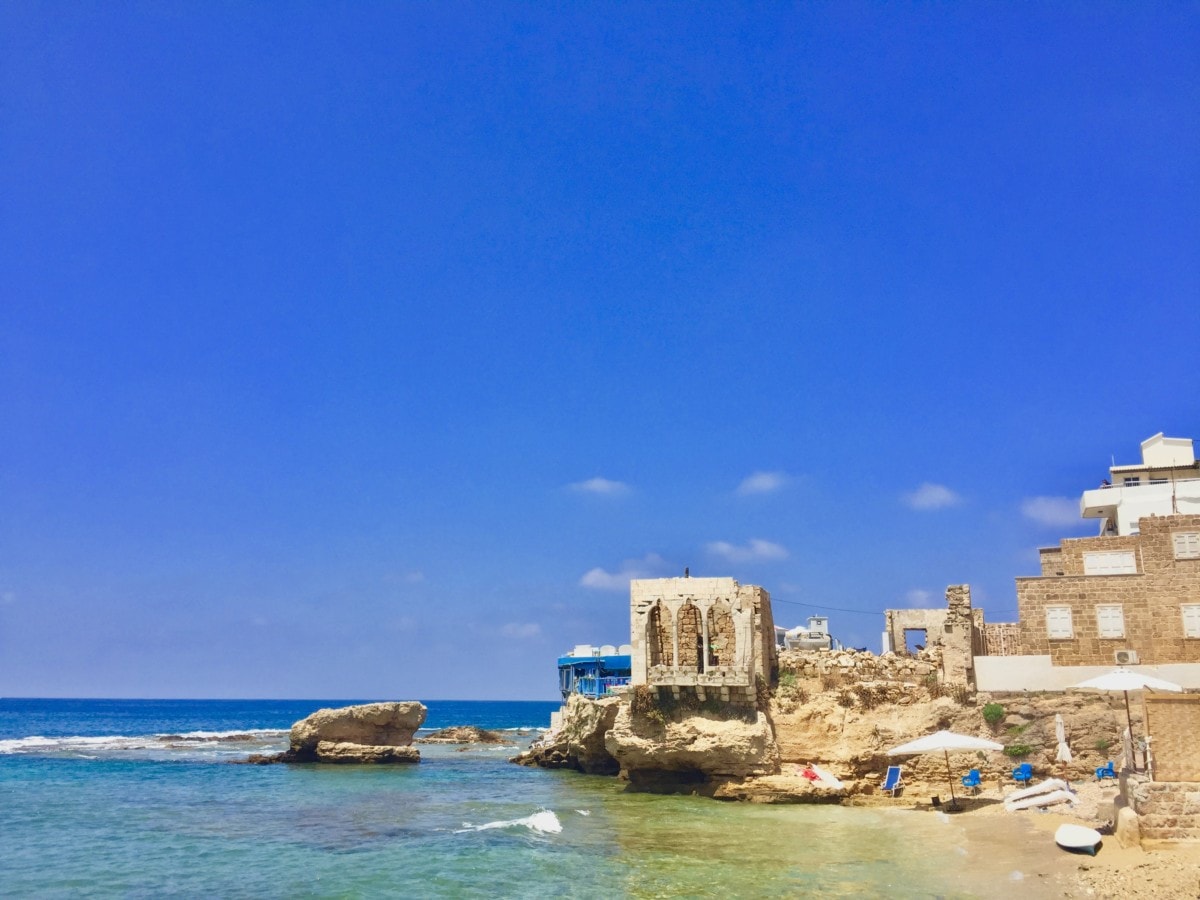 First stop is Bahsa Beach, the local spot where families and children relax on the shore. Along the shore are a few restaurants to stop in for lunch or drinks, including Chef Maguy (the blue-painted restaurant on the cliff) where I dined and relaxed one afternoon catching up on my reading. 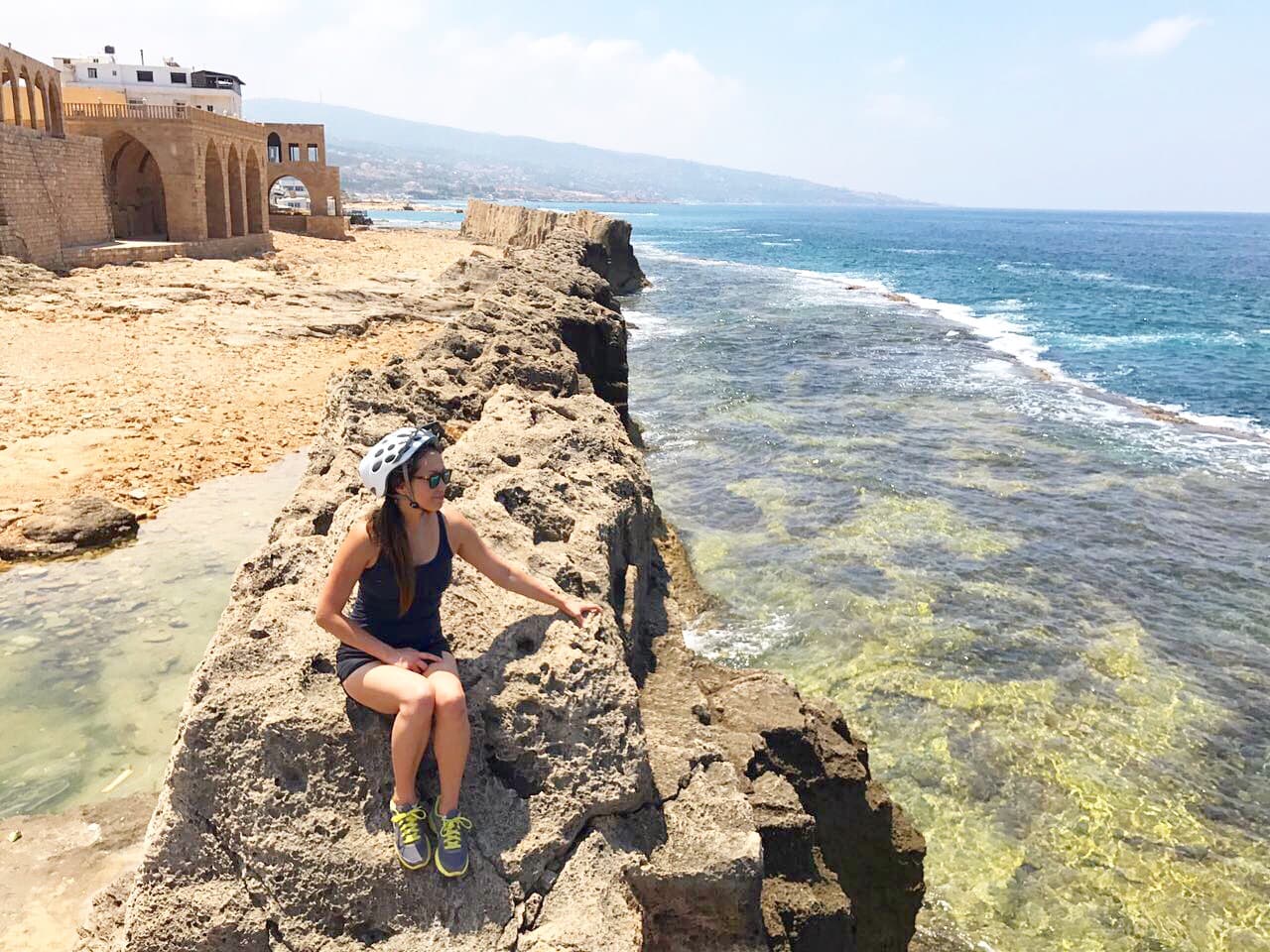 Enjoying the view of the Mediterranean Sea from the Old Phoenician Wall. 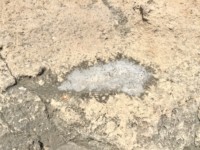 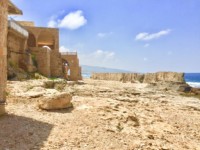 You are witnessing an exquisite piece of Lebanese and World History at the Old Phoenician Wall, a landmark in Batroûn. Charming place to relax with a loved one, to climb or swim.

The name “Batroûn” or “Batruna” may have its roots from this very wall. ‘Botyrs‘ in Greek, or ‘Botrus‘ in Latin originates from the Phoenician word ‘Bater‘ which means ‘to cut‘. One version of the story is that historians speculate the reference to the Maritime wall that the Phoenicians built the wall in the sea to protect people from tidal waves. Other historians believe that the name of the town is derivative of the Phoenician words ‘Beit Truna’, which translates to “house of the chief”. 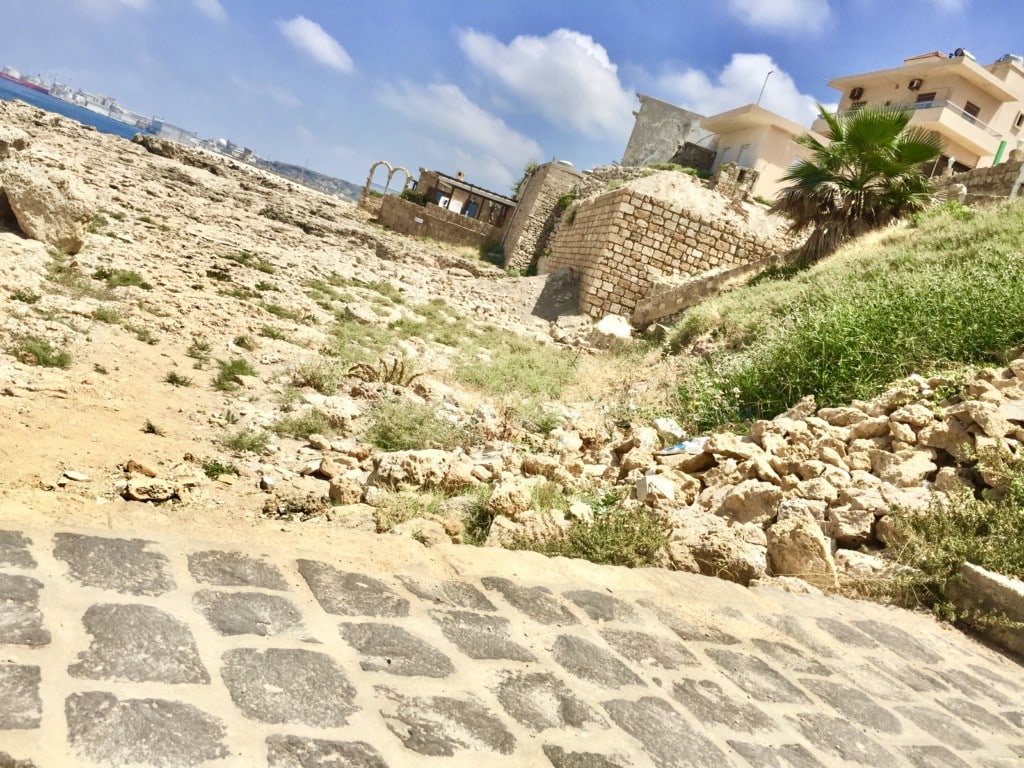 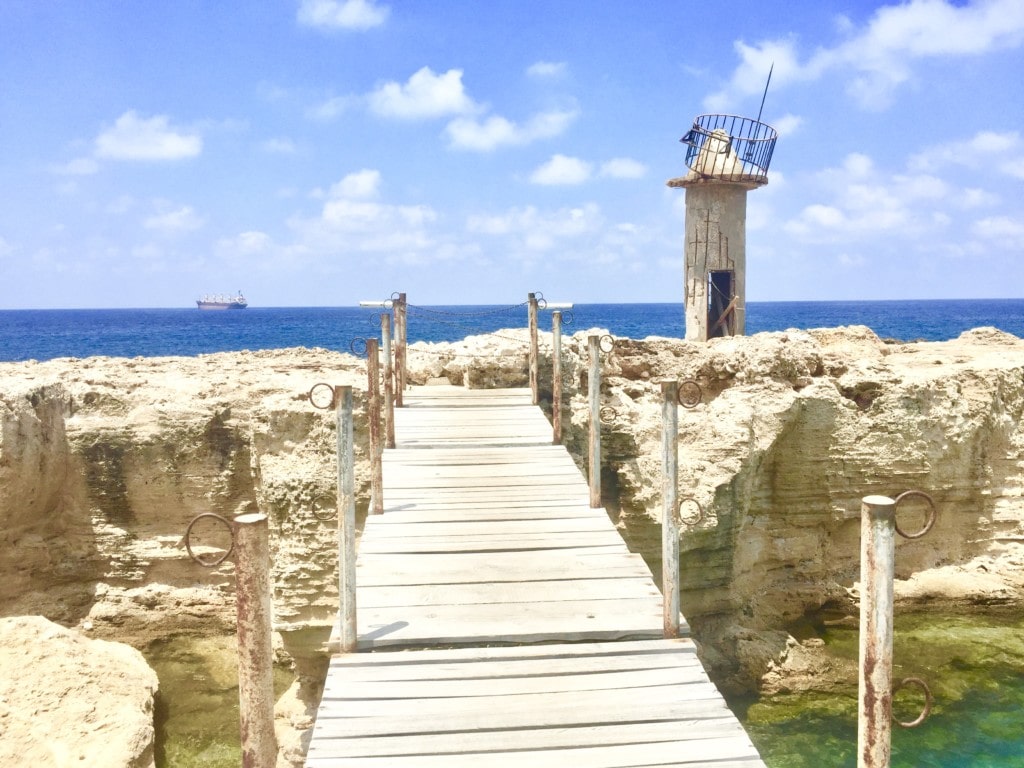 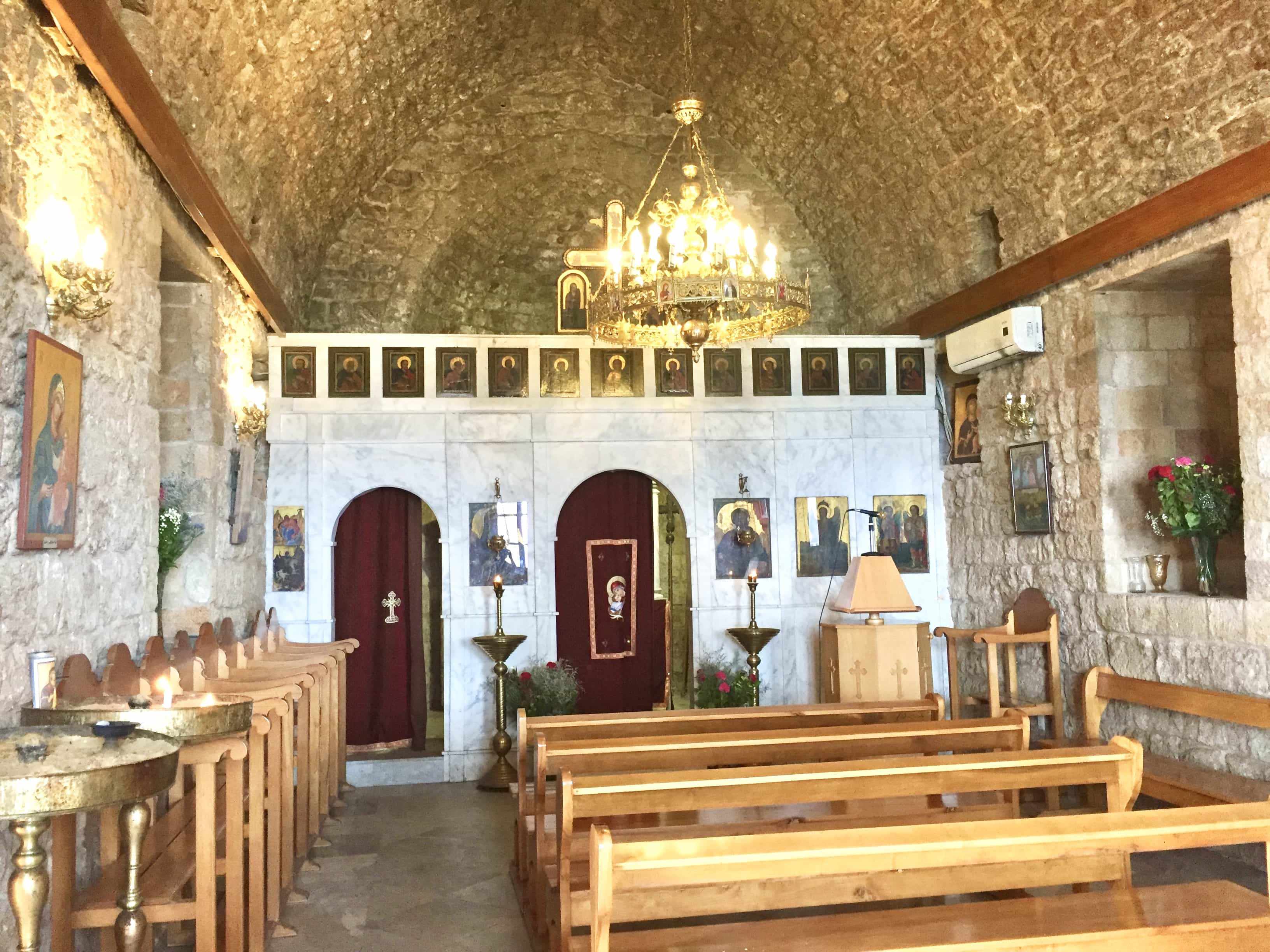 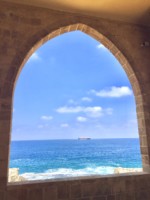 Known in Arabic as “Sayidat al-Bahr“, it’s located on the western side of the city in the Al Saydeh (the Lady) quarter. This was built on the ruins of a Byzantine Church in the 19th century (near the Old Phoenician Wall). Location is on a spacious courtyard and a charming terrace with an arched belvedere framing sea views.

One of the special areas we visited was the newly remodeled Diaspora Houses & Lebanese Diaspora Museum. The 9 old houses include: USA, Canada, UAE, Russia, Mexico, South Africa, West Africa and a Brazilian House. The sentiment was to create a neighborhood of homes representing countries with large populations of Lebanese immigrants and their descendants.

Ethnically, there are only about 4.1 million population in Lebanon. But, around the world, there are around 15 million Lebanese people (many in Brazil & Argentina). 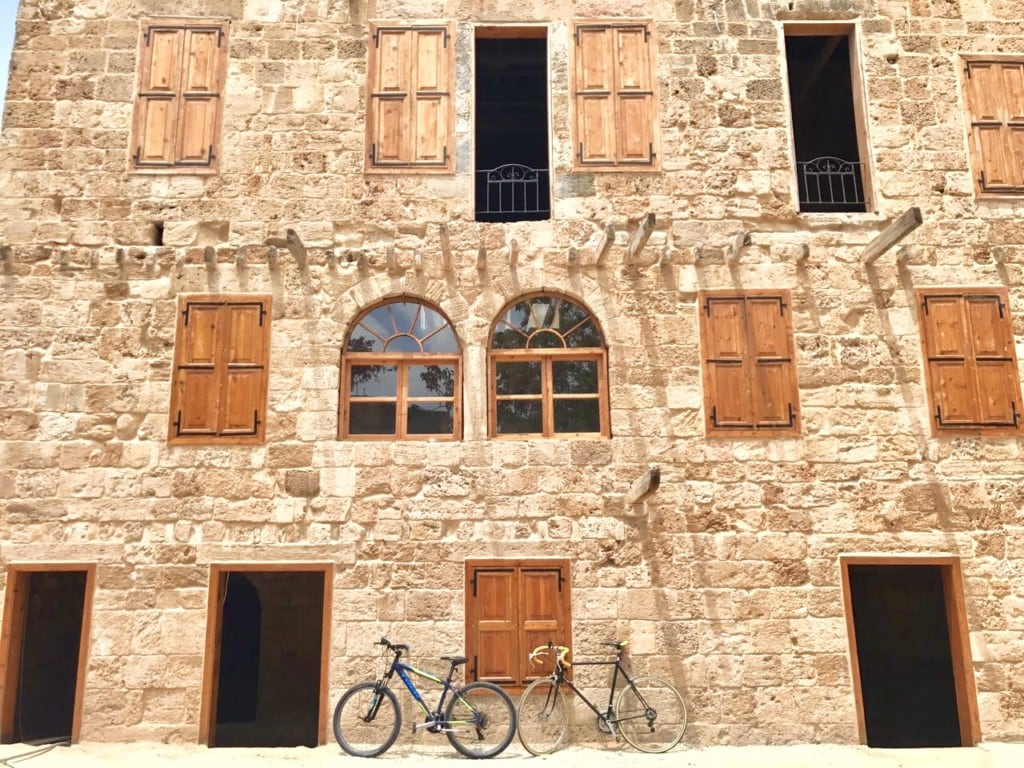 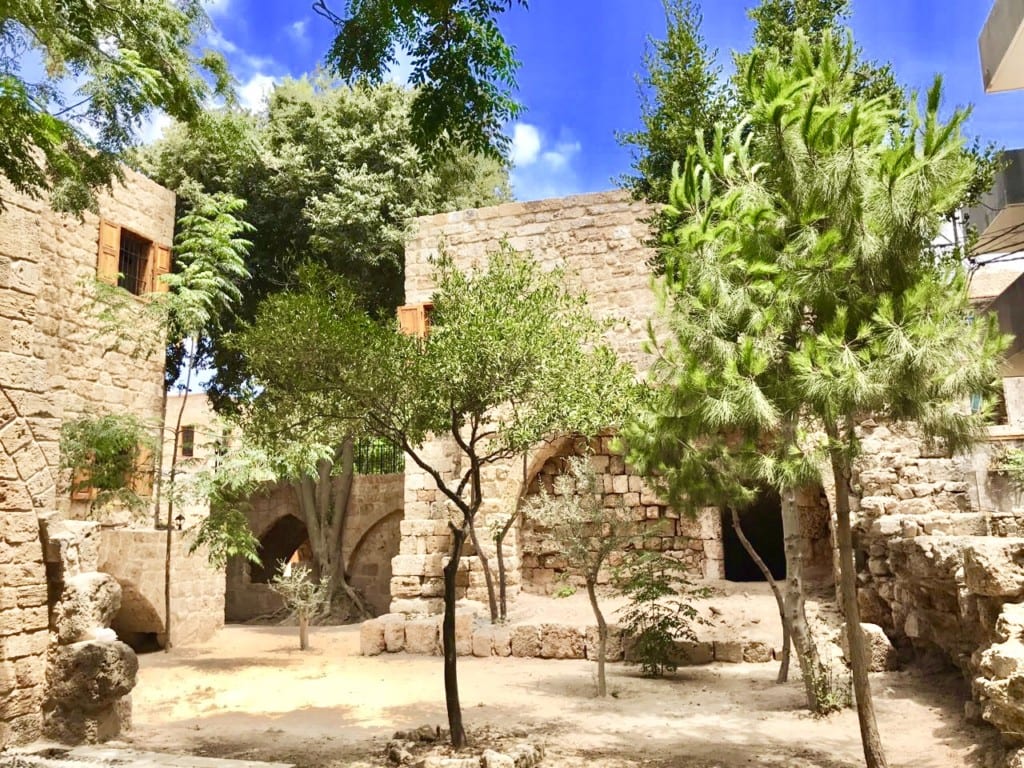 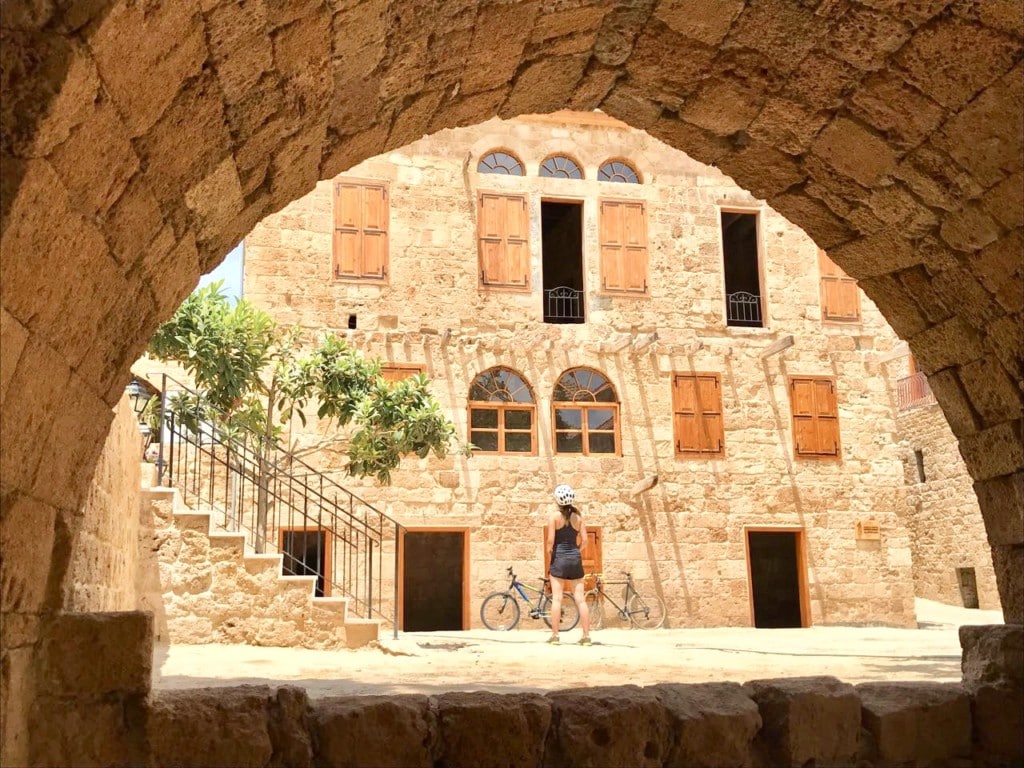 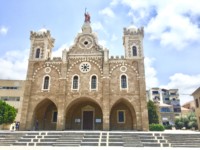 Built in the earlier 20th century, this is a Maronite Catholic Church which is one of the biggest and most stunning in all of Lebanon. Overlooking the fisherman’s port, it’s a historic and iconic landmark in the heart of the Old Souk. The gorgeous design was made by Italian architect, Giusape Maggiore. And is a pattern of Byzantine and Roman arts with some influence from Gothic art. The cathedral’s stones are from the sands of Batroun and consists of a main nave and two wards in the direction of east and west. A painting of Saint Stephan by the Italian painter, Giosti, sits in the center of the three altars.

Mid-way through, we stopped in the world famous Lemonade Stand (20 steps away the Saint Stephan Cathedral). Believe it or not, this shop won Guinness Book of World Records in 2012 for the Largest Cup of Lemonade poured in a cup! 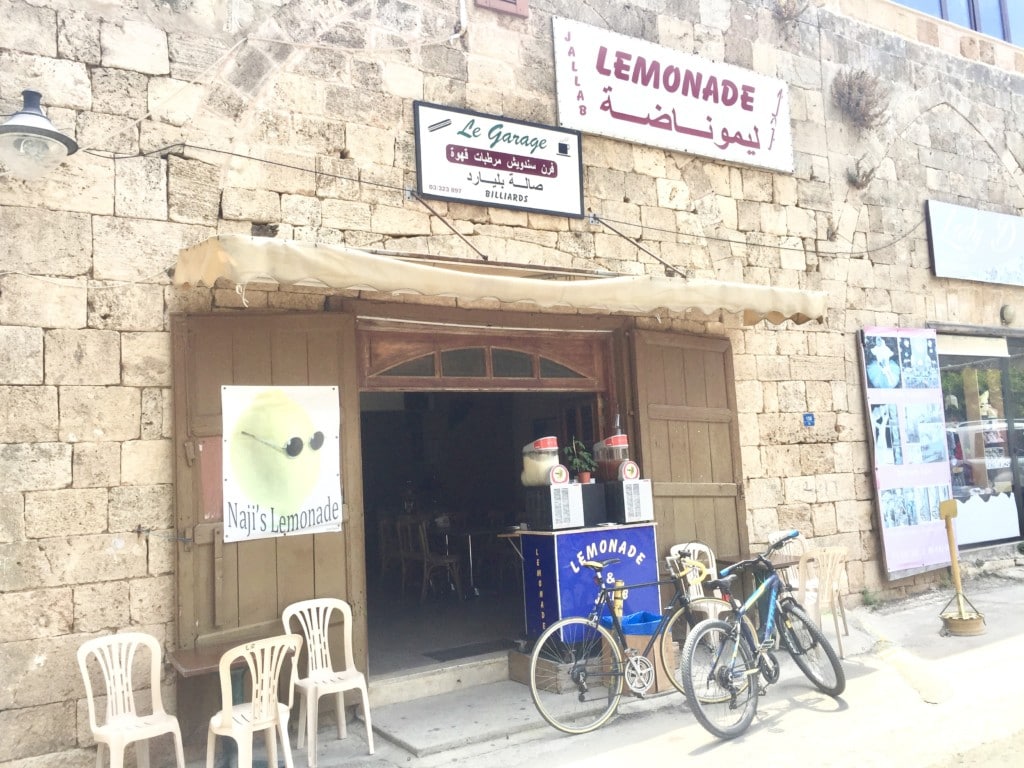 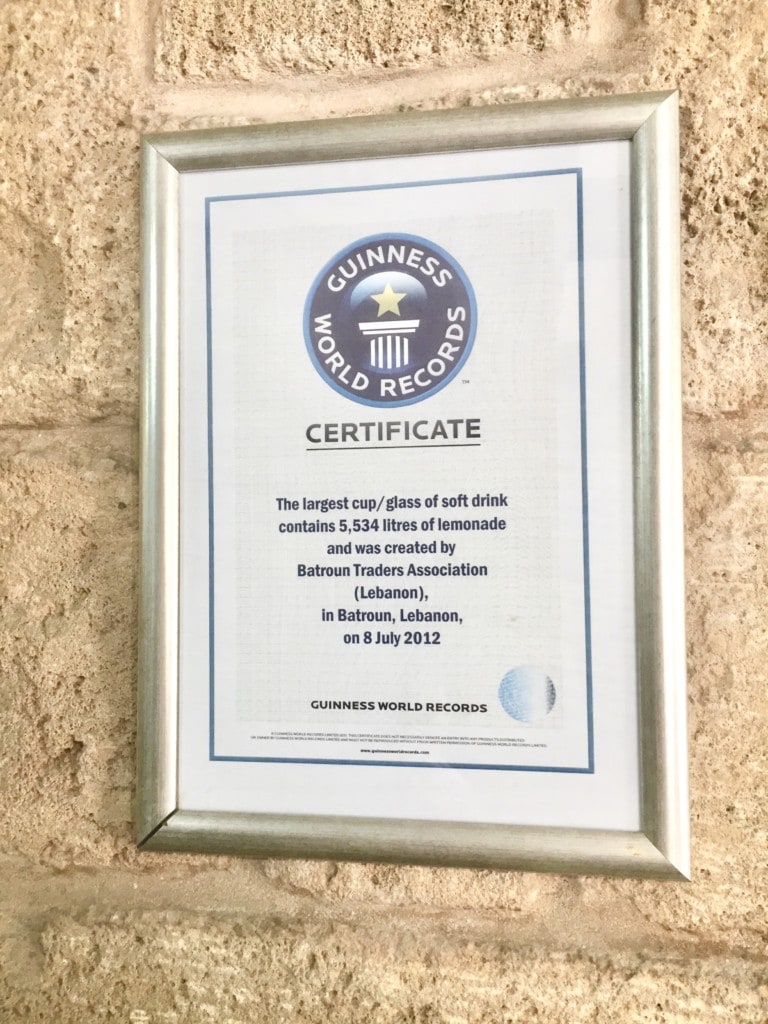 Bike through the Port of Batroûn

“Mina”, as the locals call it, is the central Port of Batroun. It’s an essential area for fishing, boating and great place for Yoga during Sunset! 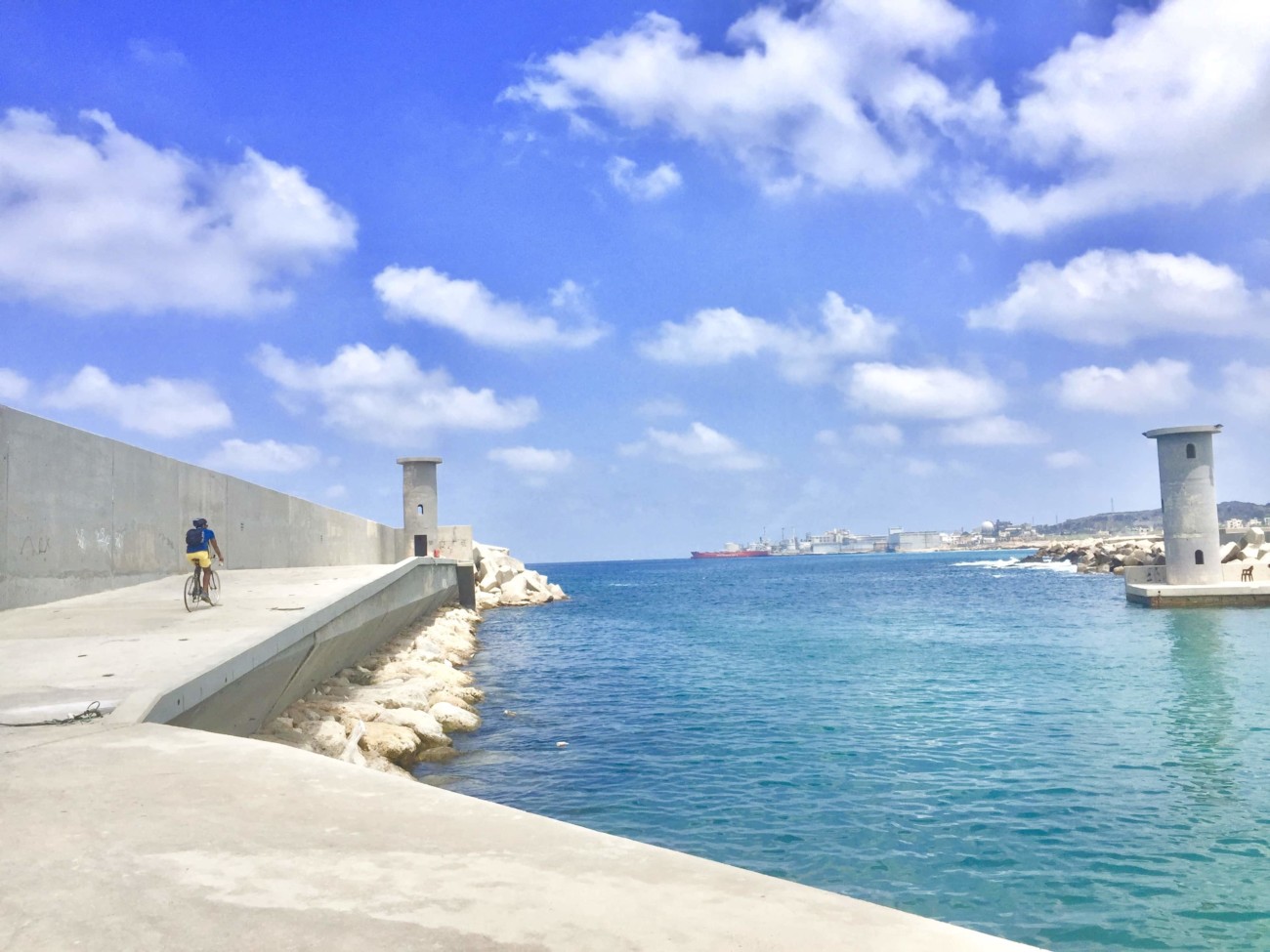 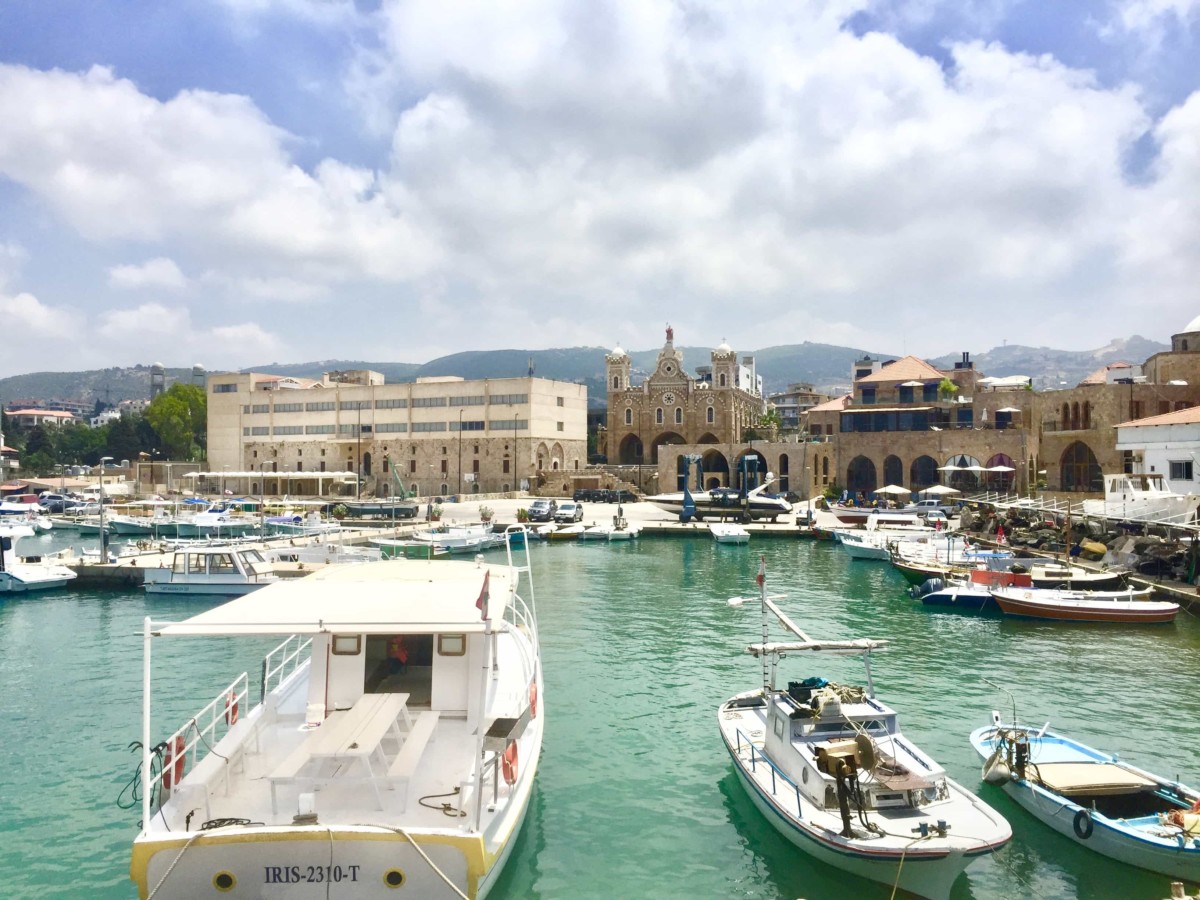 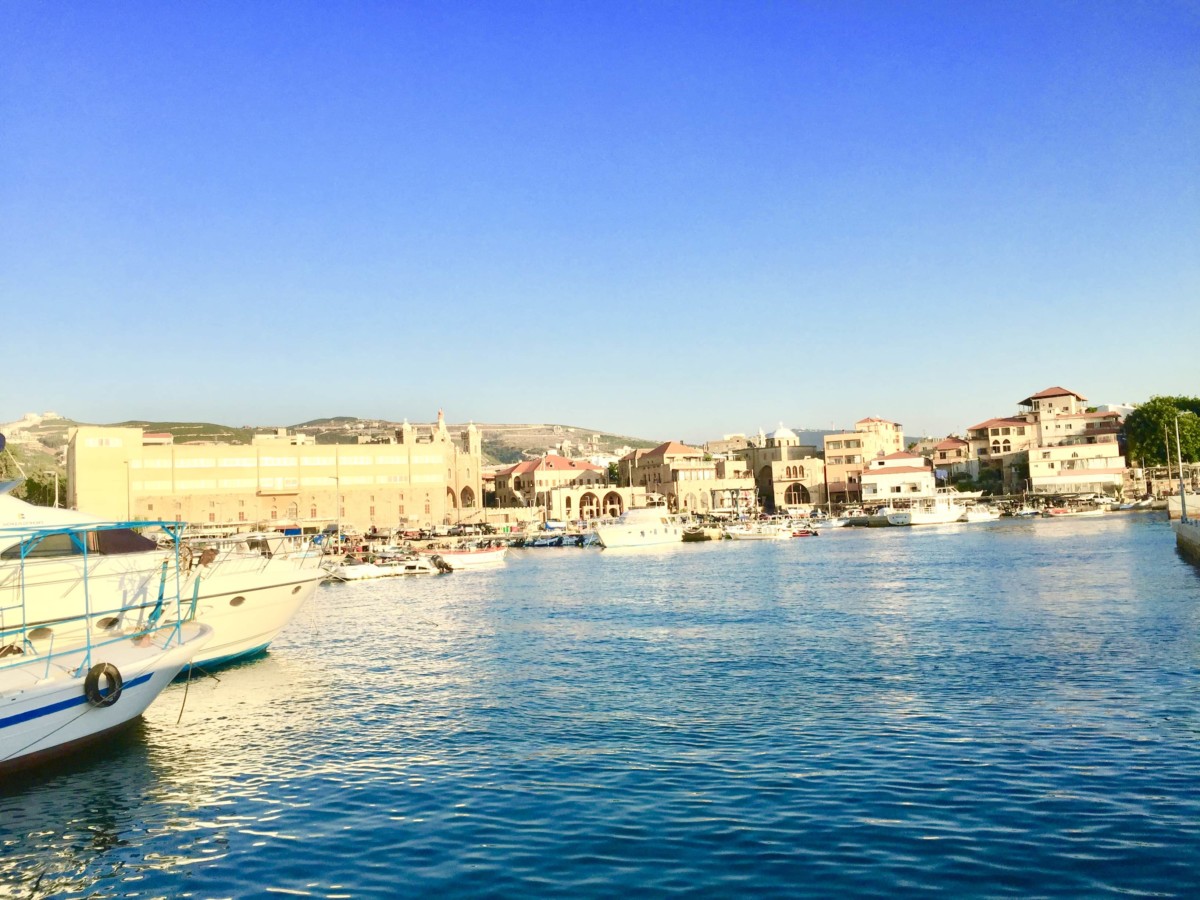 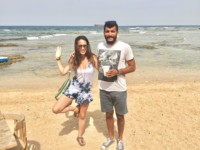 We concluded our 2 hour tour as we cycled down the streets of downtown Batroûn, passed the happening restaurants, Hookah cafes and bars. Slowly trekked passing the only Mosque in town and made a turn into Colonel Reef to end our day with an iced cold non-filtered Micro-Beer (my favorite!).

We then propped ourselves on the sand for the rest of the day at the beach.

Some of the Events Offered:

** All the services are custom based and can be mixed & matched! 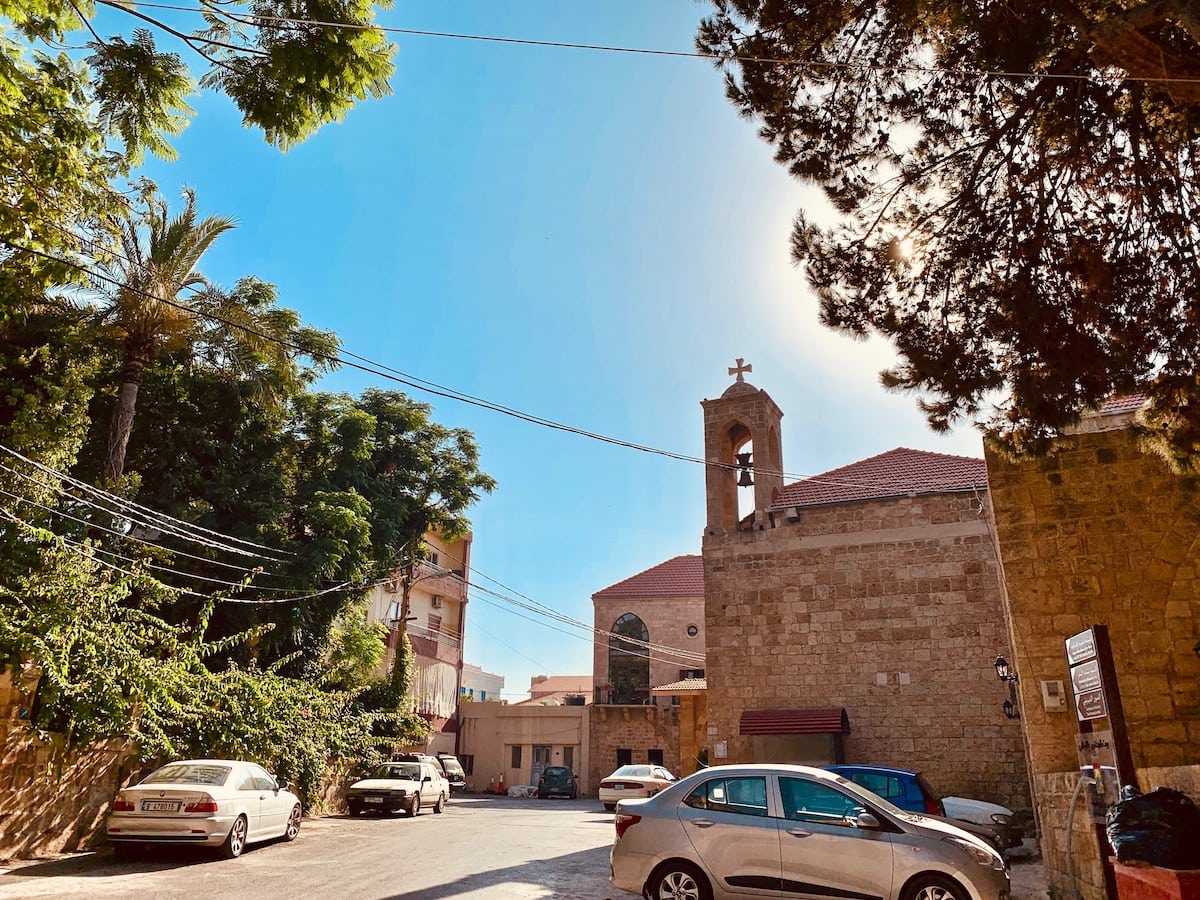 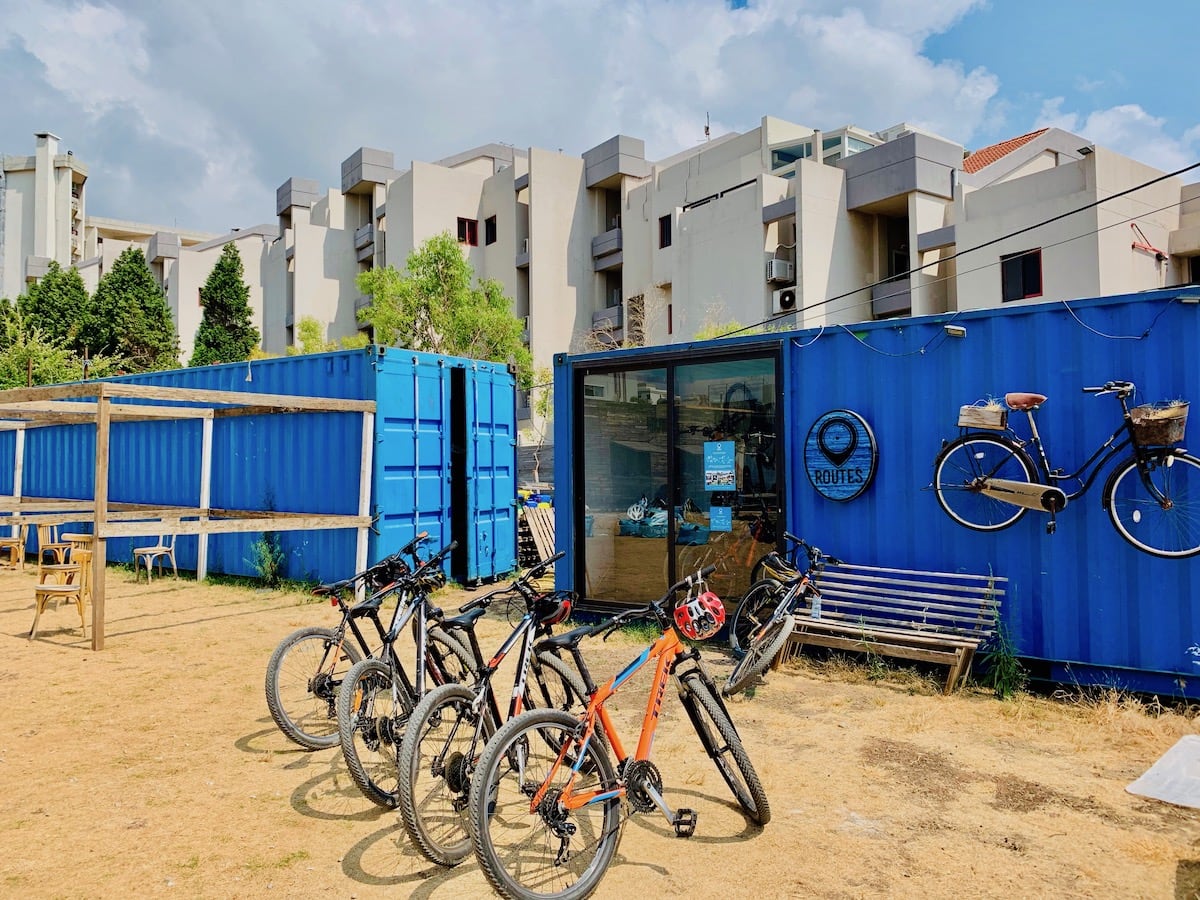 “Our main purpose is to change the mentality of people for the better,
and to introduce our kind of fun, healthy, adventurous lifestyle and dreams to the world.”

2 thoughts on “Biking Tour of Batroun”