Visions Global Empowerment (“Visions”) is a registered 501(c)(3) nonprofit organization based in Los Angeles, CA that aims to change patterns of inequality by supporting educational initiatives for youth affected by conflict, poverty, and disability. They envision a world where all people have access to quality education, feel empowered, and are capable of participating as leaders in today’s society.

Worldwide, millions of children face immense daily hardships that prevent them from accessing a quality education or preparing themselves for a meaningful, educated, and independent life. Since 2003, they have labored tirelessly in creating educational and personal development opportunities that serve community needs and enable youth to improve their own lives and overall wellbeing. 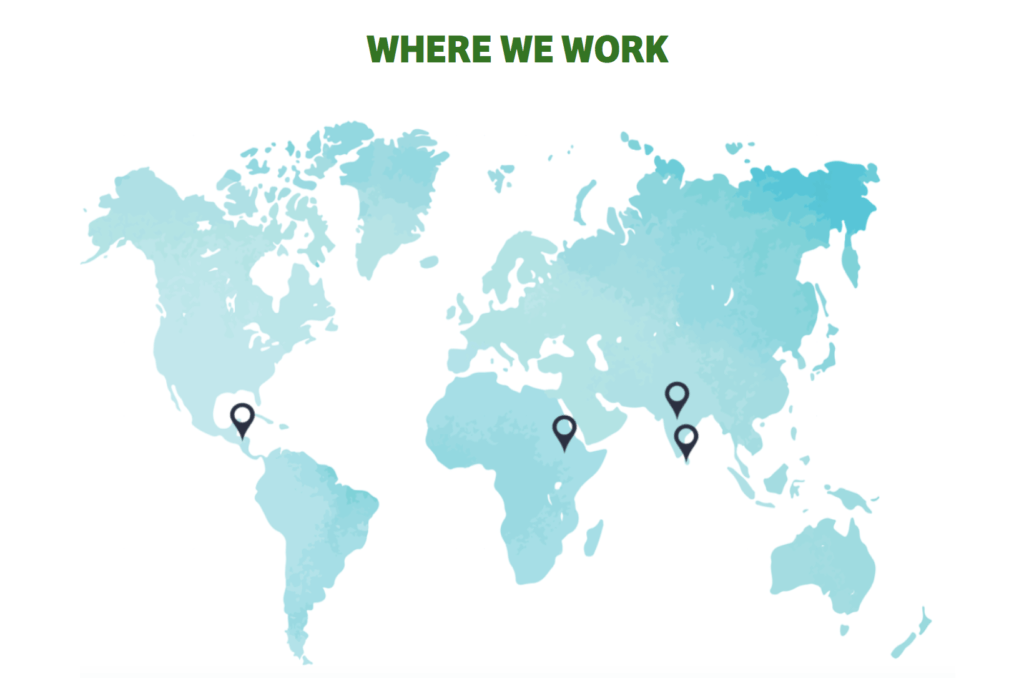 In India, poverty remains the leading source of educational deprivation among children. Additionally, social hierarchies and gender discrimination prevent many young people from realizing their potential to participate as educated, active citizens in a fast-changing society. And refugee populations that fled the civil conflict in Sri Lanka over the past several decades face a unique set of challenges of their own, including an unclear legal status and various restrictions.

Ethiopia is a very low-income, underdeveloped country with a population of more than 103 million, ranking 174th in the world on the Human Development Index. Aside from the many daily struggles faced by millions of Ethiopians, having a disability adds an extra layer of hardship that makes even the most routine activities difficult or impossible. Nationwide there is an extreme lack of services available to the Deaf community in particular. Regular challenges faced by the Deaf in Ethiopia often include the inability to access basic information or services, receive an education, access medical / health care, communicate openly with others, hold a meaningful job or trade, participate in basic community activities because of stigma and discrimination, and so much more.

With a population of 6.17 million people, Nicaragua is the poorest country in Central America and the second poorest country in the Western Hemisphere. It ranks 125th on the Human Development Index with 42.5% of Nicaraguans living at or below the poverty line. That number jumps to a staggering 63.3% when looking specifically at the rural population. Only 56% of youth nationwide who do attend school make it past Grade 5. A mere 17% graduate from secondary school. In rural areas, the statistics are much worse though. A lack of transportation and family/economic pressure to start working & earning an income serve as major barriers to students continuing their studies.

Twenty-seven years of conflict in Sri Lanka left millions of young people destitute, without access to jobs, schools, and even basic needs like food and shelter. While the war is now over (having officially come to a close in 2009), a long process of recovery and development continues to burden a society which has lost most of its qualified teachers, schools, leaders, and professionals.