“The Family Tree bends, but it does not break.”
-Sierra Leone Proverb

Sierra Leone suffered a devastating 11 year Civil War in 1991-2002. Between 50,000-300,000 people have been killed, many people became handicap, 2.5 million people displaced from their homes, and not to mention the emotional scars left on the people for life. And all this corruption & evil for what? For the cost of alluvial diamonds and the struggle for power & money.

As one of the poorest countries in the world, with 70% living in poverty, many live off less than $1 per day. Half of the population is illiterate and the average life expectancy is at 56 years old.

“Fambul Tok” means ‘Family Talk’, in essence ‘conversation’. Despite where you were born, family & community is consistently important across the board. Some cultures tend to hold on to family and value community more than others. It has also been proven that people tend to live longer lives when they have that sense of ‘community’ (not counting war & famine of course).

It often seems that in American culture, “Individualism” and “Capitalism” are more of a driving force than family and community values. Neighbors rarely know each other’s names anymore.

I come from the Taiwanese-Chinese Culture, where Confucius teachings of ‘Filial Piety’ is still instilled in today’s generation, which means to honor elders and generations before you. It is common for 3-4 generations to live under one roof. Parents prefer for their kids to live at home until they get married, or even after they’re married. I mention this because in watching this film in a faraway land of Sierra Leone in which I have never traveled to, I resonated with their value of family & community so much.

Prior to 1991, the people of Sierra Leone lived in a more peaceful state, albeit still in an incredibly corrupt place with an uncertain future. But what kept their days going was being able to live amongst a community that felt the same as family to them all. A neighbor’s child, is your child too. A neighbor’s ailing mother is your mother too, who you share your food with as if your own mother and take care of. This was how life was like then, as reported by many.

Today, the country has been torn apart by the civil war which has ended, in a micro and macro level. Villages that use to be allies are now enemies, and many have not had open conversations of the betrayal they have felt towards one another from the civil war days. Unspoken words, gruesome memories of loved ones killed before their very eyes, all clogged in the minds and souls of so many. Like cancer, it spreads throughout their mind, body and souls, and many have been saddened by the loss of their once united community & mutual trust.

Throughout the Civil War, the rebel army went from neighborhood to neighborhood recruiting soldiers, many of them children of poor uneducated families. More than recruiting, many were forced into joining their army either through aggressive manipulation or violence. They would drag them out of their homes and force them into killing their family members to show dominance.

This is the everlasting question of Good VS Evil. If you kill someone, are you evil? If you were faced with the decision to kill someone, or you get killed, are you evil if you chose to kill instead to save your life? If you volunteer to kill yourself, but your family will still die, are you evil? Those were the thoughts running through my mind as I heard countless stories of this.

Years after the Civil War, a man by the name of John Calker, started the non-profit organization Fambul Tok, in effort to bring peace throughout his country. He believes that peace cannot be brought by authority, from the outside or by money, but only through bringing one-on-one conversations with perpetrators and victims throughout the community. He began at the grassroots level, by foot, by car, to various villages by starting conversations and asking if they wanted to reconcile with old friends and relatives that may now be seen as enemies. Many did agree. 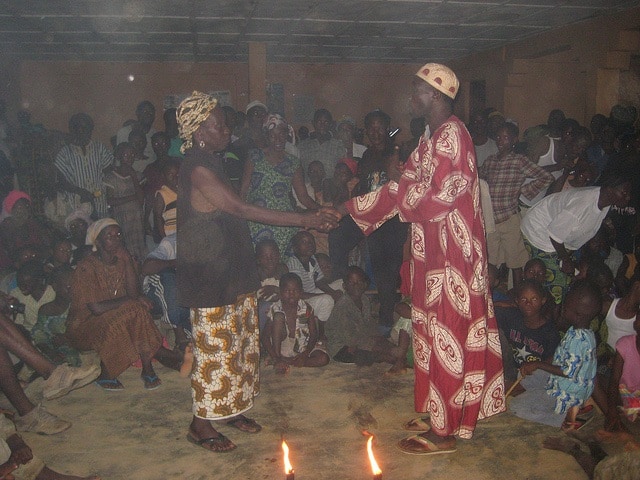 Fambul Tok has been filmed into a documentary (available on Netflix) which I thoroughly enjoyed watching at a showing at Whole 9 Gallery, while drowning in tears as well as in hope for a better future for them.

They gather in the evening by an outdoor bonfire with the whole community present. The victim stands by the fire and tells their story. The documentary opens by a girl talking about her uncle who gang-raped her along with 14 other men when she was just a young teenager. Her life has been torn apart by this. The chief asks the uncle to step up and explain his side of the story. He steps up, explains that he was forced to rape her from the rebels or they would kill him. The chief asks if she is willing to forgive him, as her uncle begs her while bowing down for forgiveness. She thinks some more and agrees to forgive him, they shake hands and dance. They are reunited as family once again.

There was a lot more that went on behind the scenes of course that were not captured in the few minutes of the opening scene, but you felt that genuine feeling of her letting go of this grudge that was held on for so long by witnessing her facial expressions. 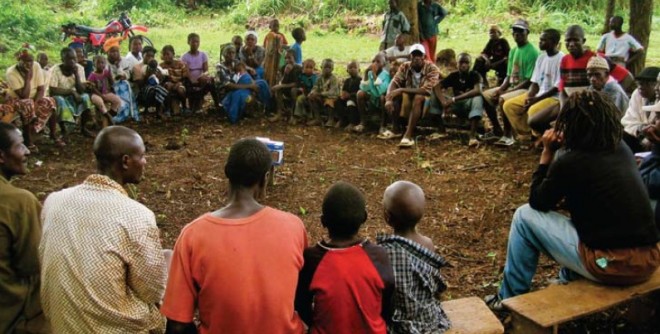 This documentary confronts our own view on forgiveness to those that have betrayed us. To those that have apologized but we have not been able to let go, and even tougher so to those who are unapologetic, or those that have hurt you and are no longer around. And it questions all groups of people who are still fighting today in the name of religion, politics, tribe, land, pride, resources and the list goes on. “An eye for an eye”, as Gandhi said, “will make the whole world blind”.

So what is our end goal here?

I highly recommend watching this documentary, as it’s an interesting perspective on humanity and how we choose to spend our own time on earth. Of a group of people who live geographically far away from us, who have been faced with way worse situations than many of us have and still seem able to forgive and move forward. 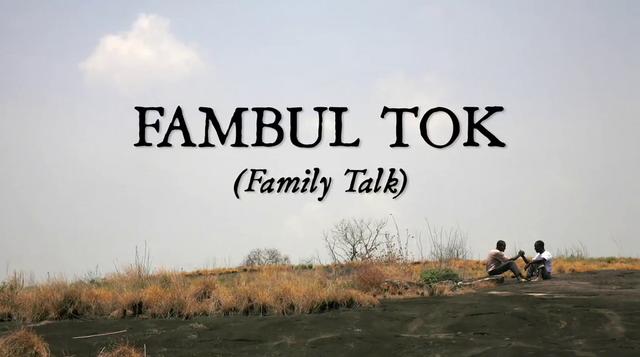