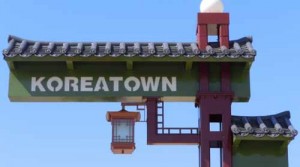 Koreatown is located a few minutes west of Downtown LA and south of Hollywood, bordering Thai Town & Little Tokyo. It is one of the most diverse neighborhoods in LA, encompassing roughly 3 square miles. Today, Korean and Latino populations contribute to Koreatown’s rich cultural diversity. Ktown is also known for having one of the largest concentration of nightclubs, karaoke bars, “hostess bars” and 24 hour businesses and restaurants in the country. It would take months to explore all that Ktown has to offer, so many hidden gems but here we are off to a good start!