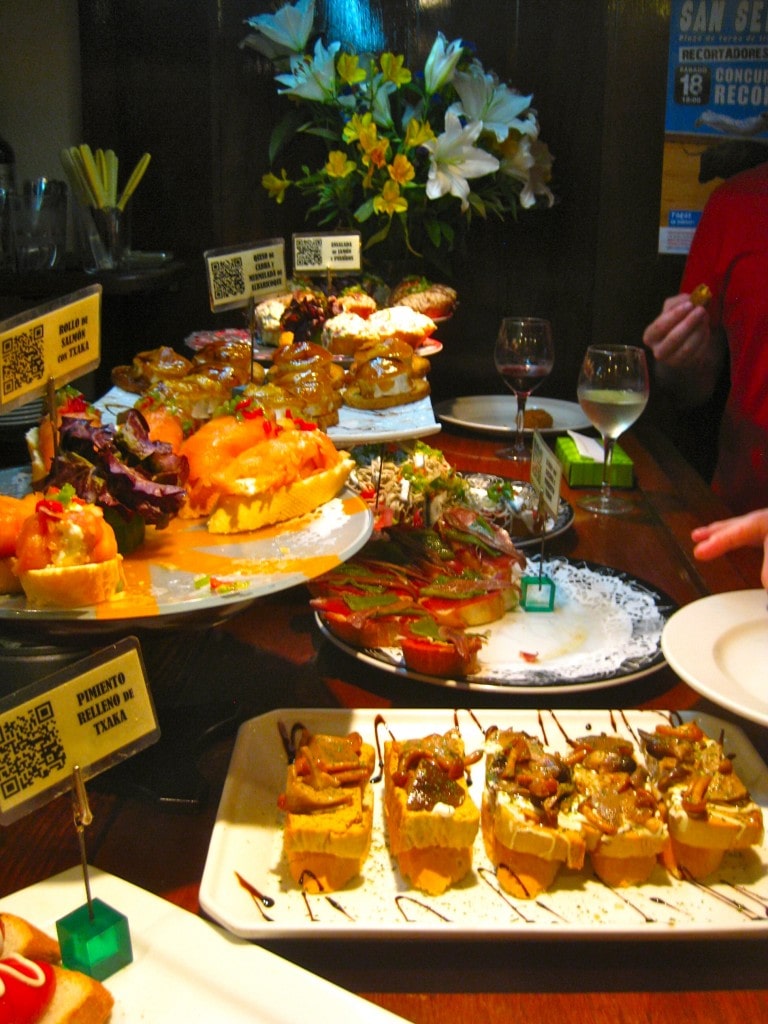 San Sebastian, located in the northern tip of Spain ‘Basque Country‘ is considered “Culinary Capital” of the world. It’s known to have more Michelin-Stars per capita than anywhere else in the world. Dozens of intersected streets and alleys are filled with Pintxo Bars in San Sebastian. One can easily go from spending 15 euros a meal to well over 200 euros per meal. Some of the Michelin-rated restaurants take months in advance for reservations (watch Anthony Bourdains’ episode here).

My focus was to get away from the big city of Barcelona and try the much-boasted culinary treats, especially the “Pintxos” and Seafood. To define it quite simply, Pintxos are fancier versions of bar snacks in Basque Country. Like tapas on toasts or “finger foods”. The name Pintxos means “toothpick” which is what holds the snack together. 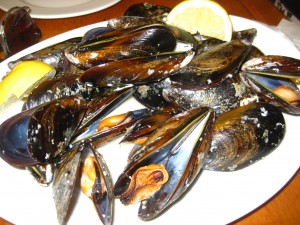 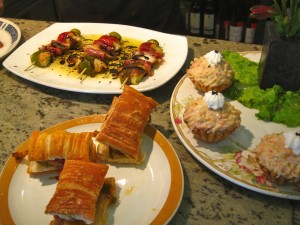 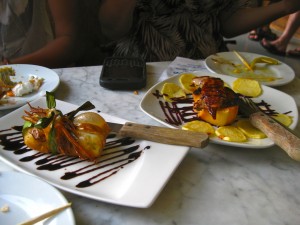 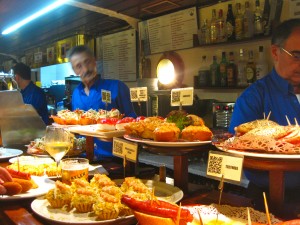 Pintxo bars (which dominate the restaurant scene), locals and travelers cozy up against one another snacking away in harmony and with delight. Upon entering, you grab “un plato” (a plate) and grab whatever on display you wish to eat. Somehow someway, the seemingly laid back chefs behind the bar keeps track of all that you order and you pay at the end. Dining is a whole culture & style in itself in San Sebastian, as is with everywhere else you go. People don’t mind the crowds, they’re not in a rush to go anywhere as they start their meals at 9pm, with a glass of sparkling wine (aka Champagne or Rose) in hand while enjoying the treats.

Just as many Pintxo Bars are as many watering holes, as Lonely planet describes “Parte Vieja (Old Town), said to have more bars than any other quartier (neighbourhood) in the known world”. Food & Booze. Dionysus, Hedonistic Lifestyle, sign me up por favor! San Sebastian is highly recommended on my Must-Travel list, especially if you’re in the neighborhood, as in Spain or France or anywhere in Europe. Gorgeous, chic coastal town, laid back but fun enough and so much delicious food to go for months. Drool. 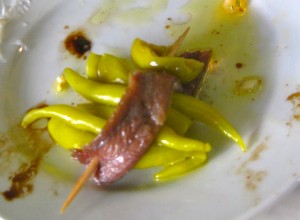 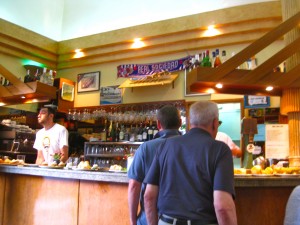