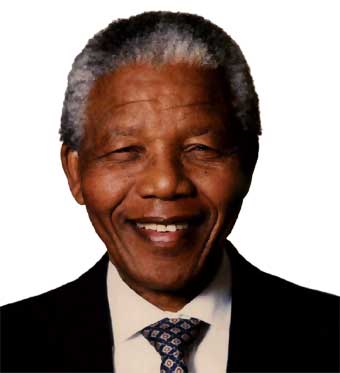 Nelson Mandela spent 27 years in jail for leading an armed anti-apartheid campaign and became president in 1994 until 1999 in South Africa. He was the first to be elected into a fully represented Democratic Election. Mandela is considered one of our most respected modern day role models among with Dalai Lama, Mother Teresa, Martin Luther King & Gandhi who all practiced non-violence, in a situation & place where it would seem ironic. Due to their fights & struggle, they changed history and led their people into freedom that has certainly had a lasting effect in today’s time. They are heroes we look up to on a daily basis when times get rough, to remind ourselves the difference between the bigger scale problems vs the small problems we bear.

Instead of focusing on the 27 years he spent in jail bitter, Mandela was always looking forward. If there was one person to be angry at the world, he’d be a lot more justified than many of us. The moment he got out, he continued his hope for a better life for the African people. He made the most of the time spent in jail, educating himself, writing to others with the same mission. While working on policies aimed at combatting poverty and inequality in a corrupt country where its dichotomy between the rich & poor is of extremes.

Today is Mandela Day July 18, an annual international day adopted by the United Nations. Individuals, communities and organizations are asked to donate 67 minutes to doing something for others, commemorating the 67 years that Nelson Mandela gave to the struggle for social justice.

A tribute to Nelson Mandela: Happy Birthday, Sir. I thank you for being an inspiration and for all that you’ve done.