World of Children was founded in 1998 by Harry Leibowitz and Kay Isaacson-Leibowitz, retired senior executives from Procter & Gamble and Victoria’s Secret respectively. Their non-profit organization that has granted more than $9 million in cash grants and programs. More than 100 Honorees have been supported since which is the driving force behind selfless programs that have served millions of children worldwide.

World of Children held their annual 2017 World of Children Hero Awards on at the Montage Beverly Hills. The event was hosted again by the lovely Brooke Burke-Charvet, who had on stage with her, her 2 adorable daughters presenting awards. It’s always good to start them young in philanthropic endeavors!

The evening recognized four extraordinary individuals for their work with children in various parts of the world: Syria, Chile, Lebanon, India, Palestine, and Jordan. Funds raised at the event will benefit the World of Children Honorees to continue their outstanding work with children.

The Carlthorp School Chorus welcomed guests with a performance of World of Children Anthem Can You Hear, which was written 20 years ago especially for World of Children by Victor Alexeeff when he had recently immigrated to the US.

World of Children, celebrating its 20th year, officially announced that internationally renowned model and child advocate Lily Aldridge Followill was named World of Children Ambassador. Through her ambassadorship, she shared stories and inspire support for World of Children as she travels the globe. This volunteer position aligns with Lily’s philosophy of lending her heartfelt voice and actions to positively impact the lives of vulnerable children.

During the awards program, Lily Aldridge Followill presented World of Children’s inaugural Crisis Award to Arwa Damon, CNN Senior International Correspondent, who is the president and co-founder of INARA. Arwa will be honored with the first ever World of Children Crisis Award, in recognition for her work with Syrian refugee children.

INARA provides life-altering medical care for children from conflict areas who have catastrophic injuries and are unable to access treatment due to war. Damon’s Award will include funding raised in collaboration with U.S. Fund for UNICEF.

Joining Lily to present the Award was Yousef, a young burn victim from Iraq who inspired Arwa to form INARA after she covered his story on CNN. Yousef gave a moving speech and shared how without Arwa’s help he wouldn’t be here today.

Additionally, 2017 Alumni Awards were presented to three past World of Children Honorees:

Meghan Pasricha (presented by actress Alyssa Milano), harnesses the power of youth to change the world through her organization, Global Youth H.E.L.P.

James Banks Design founders Heidi Nahser Fink and Adam Shulman sold their World of Children-Inspired Jewelry at the event. They represent the ability within all of us to unlock the future for vulnerable children around the world. Each of their handcrafted jewelry items features a bead representing the World of Children logo and a key charm which symbolizes your ability to unlock a new, bright future for a child.

$500 donation for one Key Pendant Necklace can provide:

$300 donation for one set of bracelets can provide:

Each Honoree received a specially designed James Banks Design medal and a cash grant to continue their outstanding work with children.

Besides successfully throwing yet another epic, charitable gala, the 2017 World of Children Hero Awards raised more than $350,000 for vulnerable children. Our conversations afterwards with the founders and honorees were unforgettable and inspiring, to say the least. 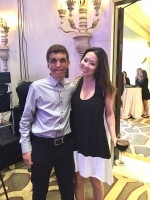 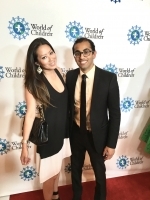 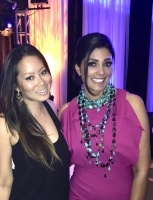 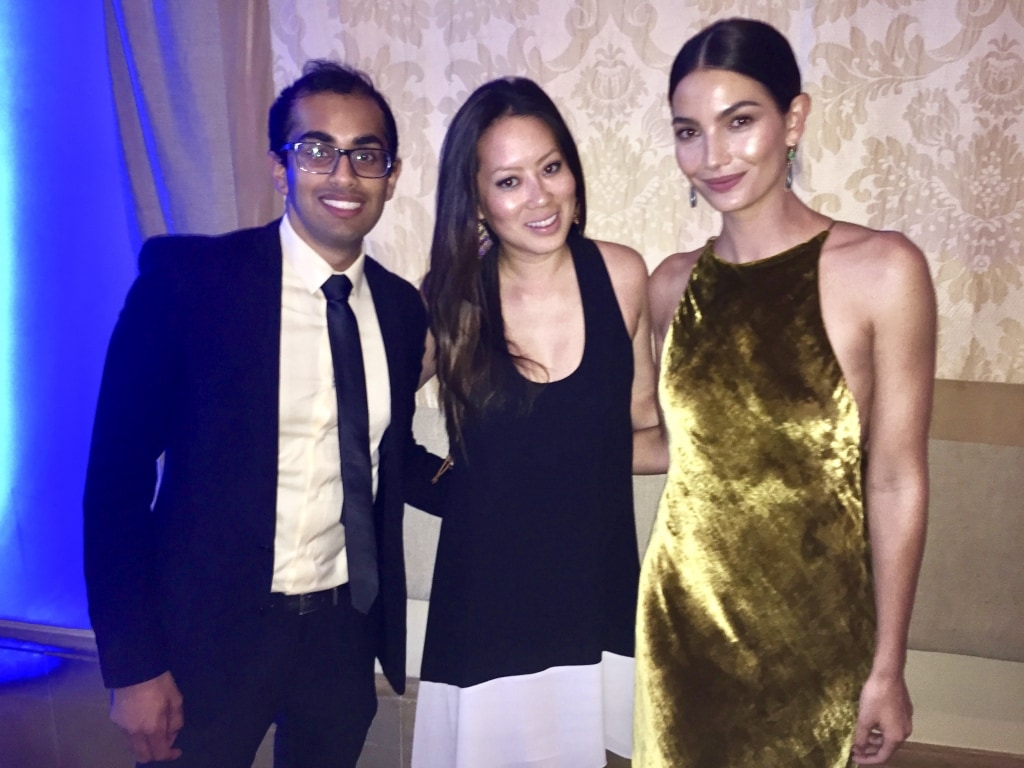