On April 10, 2017, Austrian Air made an exciting announcement: their first nonstop service to the West Coast, to our lovely town of Los Angeles!

Starting summer of 2017, Austrian Airlines will offer up to six flights per week between Vienna to LA on the Boeing 777. There will be up to 44 weekly flights to North America with Austrian Airlines.

“After Chicago, Newark and Miami, Los Angeles is now the fourth new flight destination and the so far biggest leap into the USA,” Andreas Otto, Austrian’s Chief Commercial Officer, says in a statement. “We will fly to the West Coast with our existing fleet and are already very excited about this new venture. Initially, the Los Angeles-Vienna route will be served seasonally in the summer 2017 flight schedule.”

Austrian Airlines is Austria’s largest carrier and operates a global route network of approximately 130 destinations (particularly dense in Central and Eastern Europe with 37 destinations). Due to its favorable geographical location at the heart of Europe, the company’s hub at Vienna International Airport is the ideal gateway between East and West.

Austrian Airlines is part of the Lufthansa Group, Europe’s largest airline group. They are also a member of Star Alliance, the first global alliance of international airlines so check to see if you can use your old United miles! 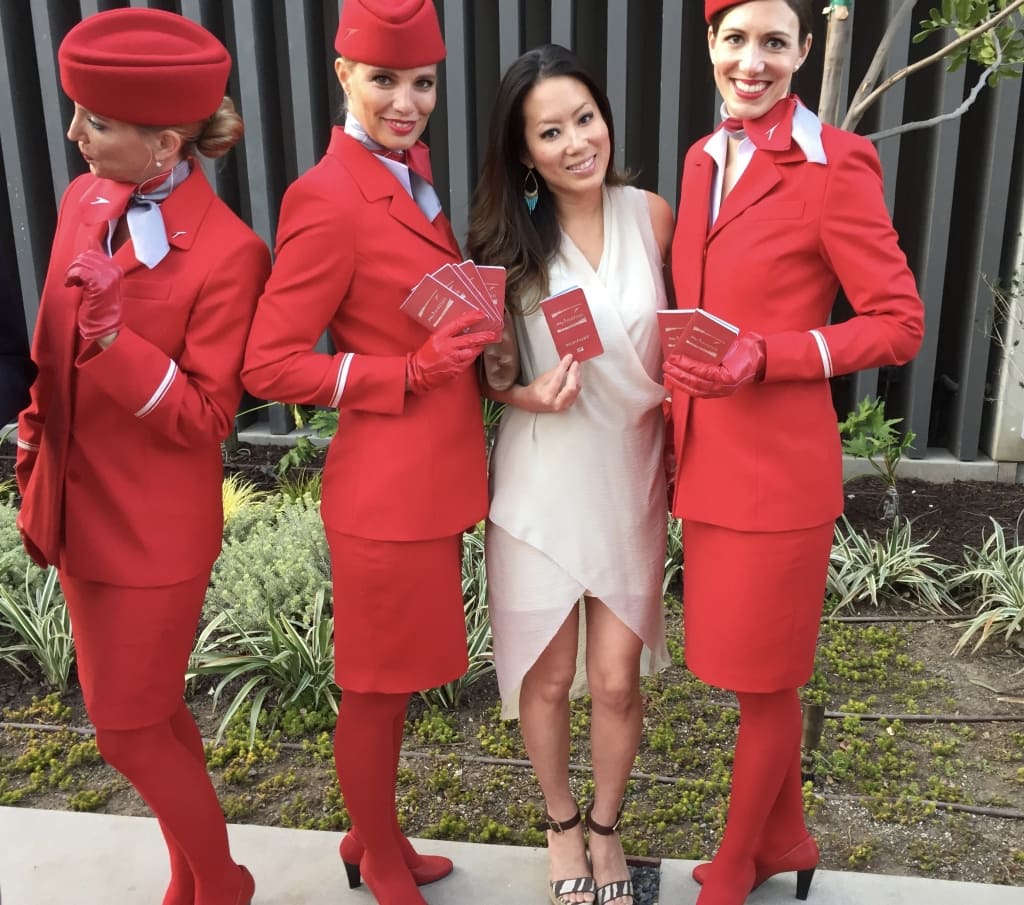 There couldn’t have been a more epic way of celebrating this exciting news than for Austrian Air & the Vienna Tourist Board to throw a lavish party at a mansion, rumored to be on sale for $23 million. Located on a cul-de-sac on the top of Bel Air Road overlooking the reservoir, we had the opportunity to fully immerse ourselves into the rich culture, history and music. In addition, we learned about the exceptional Austrian Airlines on-board products.

Never a dull moment, the evening was filled with a variety of unique performances including a full chamber orchestra, electric violinist, DJ and dancers performing the classical Viennese Waltz. 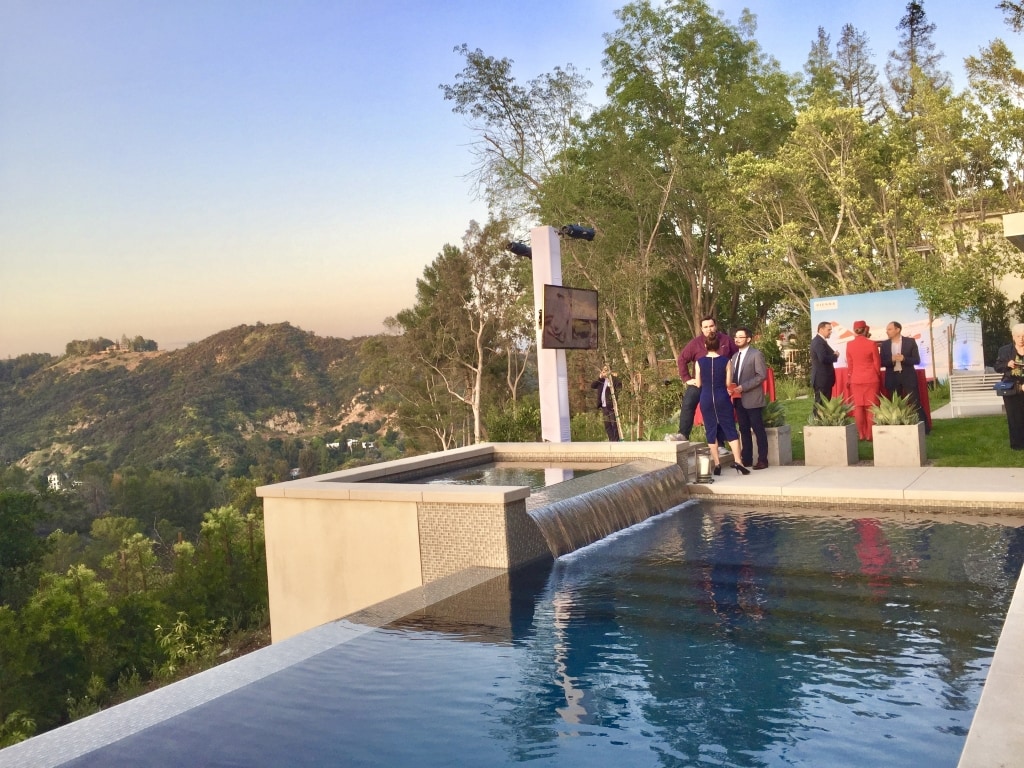 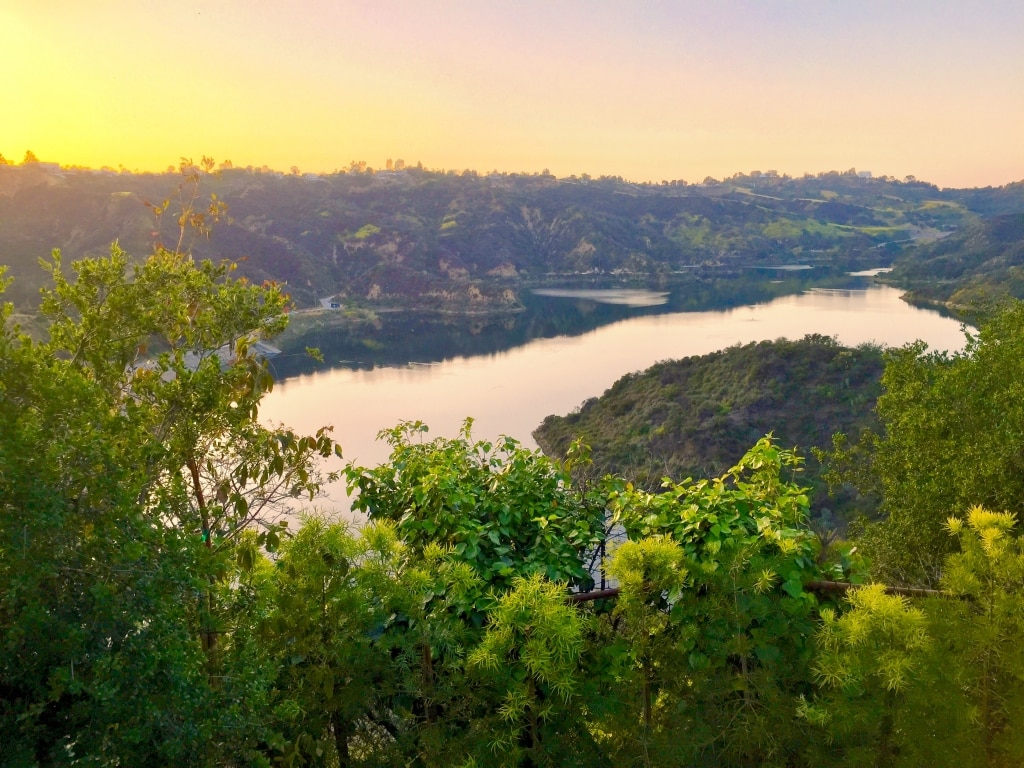 As we gallivanted through the soiree, we were transported to an evening in Austria. Twas a beauty seeing two worlds merge: Los Angeles and Vienna. The California sunshine and light clouds graced us with a tint of light breeze, with beautiful people socializing and mingling. Austrian airline flight attendants hosted activities in various rooms, teaching us about famous Austrians in Hollywood, things to do and see, and information on the historic and beautiful city of Vienna. All the while we sipped on fine Austrian wine. 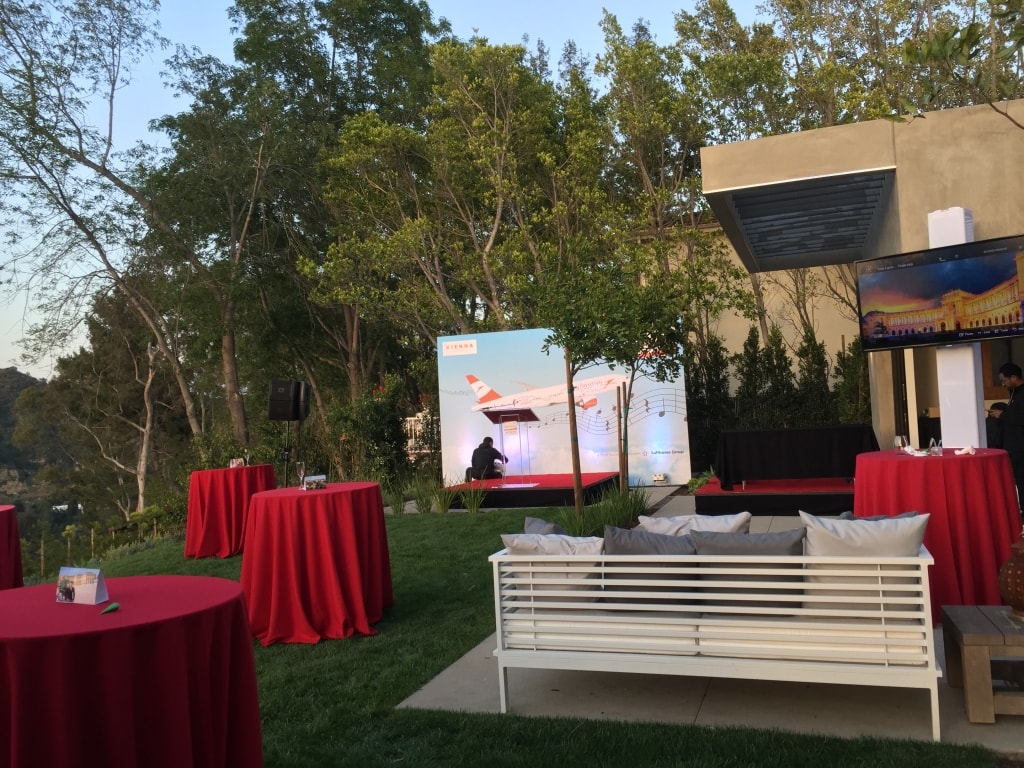 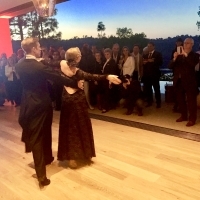 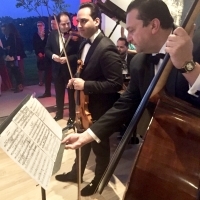 After that gorgeous performance, the world-famous Janoska Ensemble played a selection of their music; from classical repertoire to original compositions and idiosyncratic arrangements informed by jazz, pop and world music.

We were served authentic Austrian and Viennese food, wine and coffee. 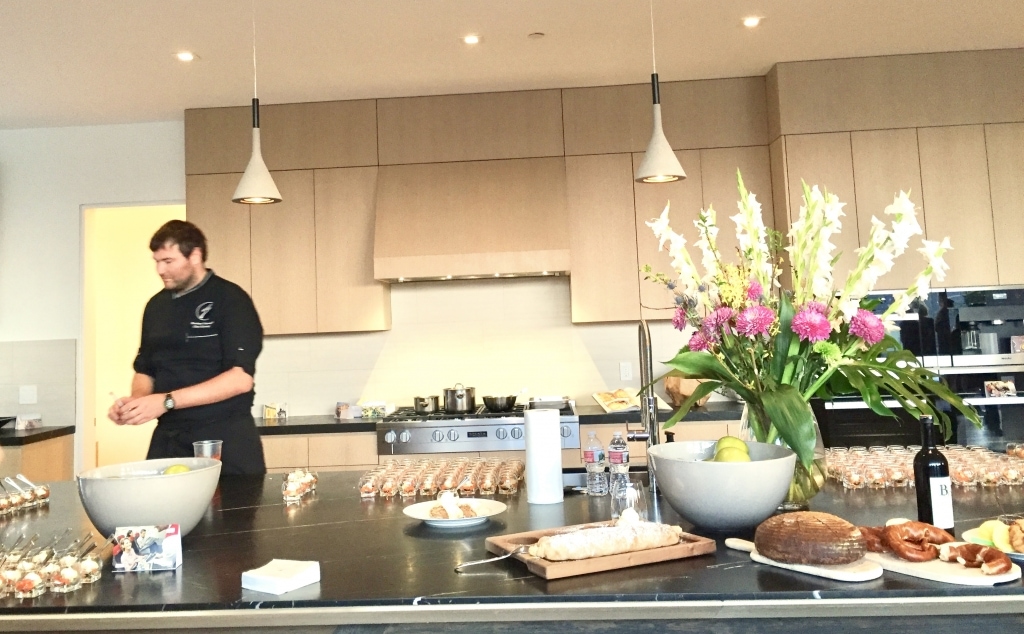 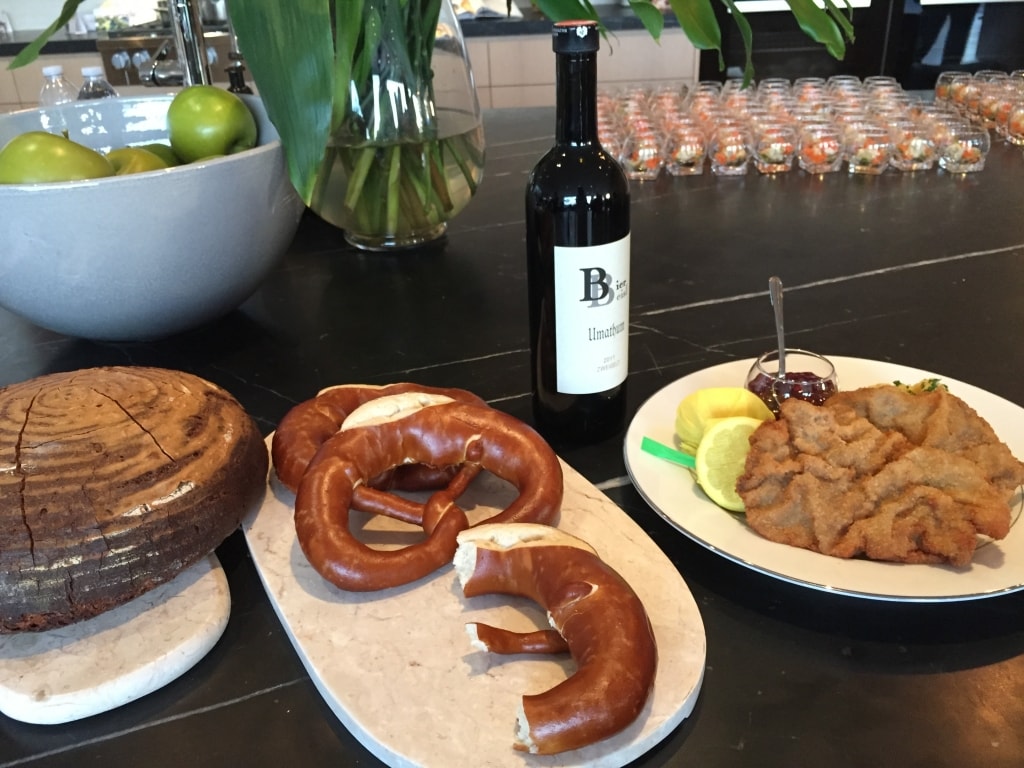 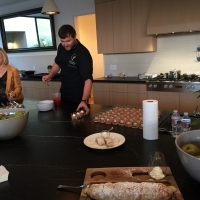 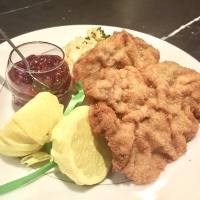 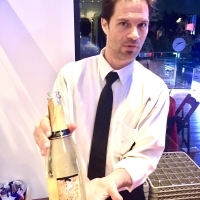 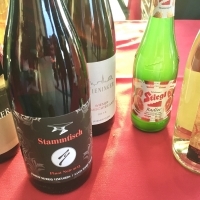 Did you know that Max Steiner and Erich Korngold were Austrian Composers? Responsible for writing scores for classic movies such as ‘King Kong’, ‘Casablanca’ and ‘Gone with the Wind’.

We capped off the evening with a commemorative photo which brought us back in time to a classic Viennese Opera House. 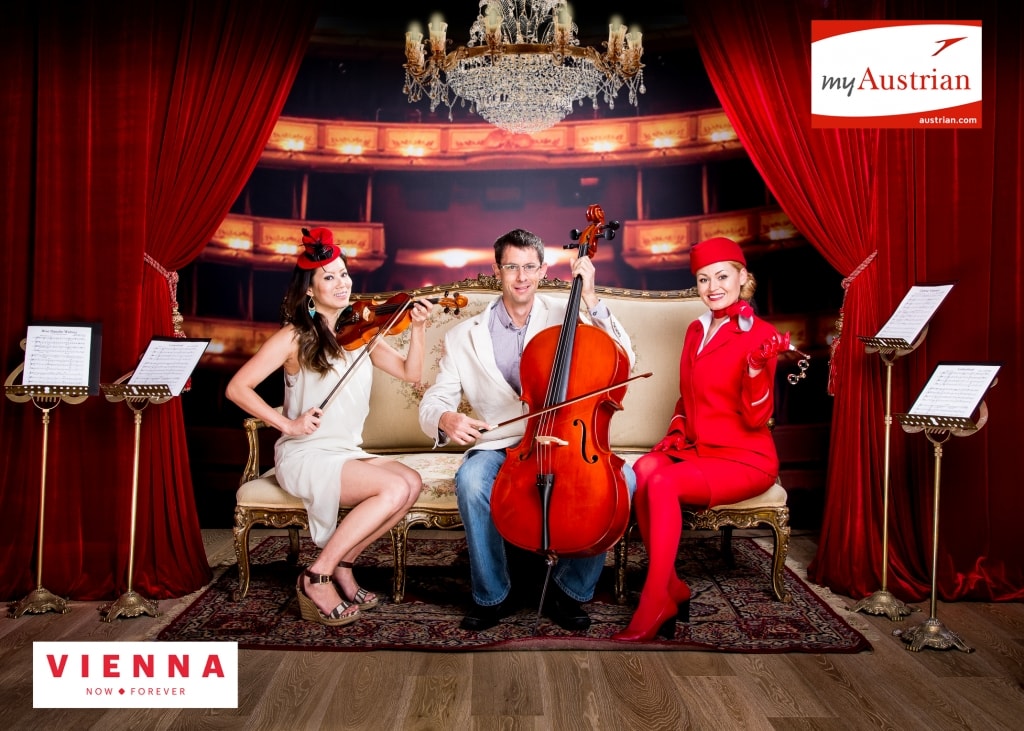 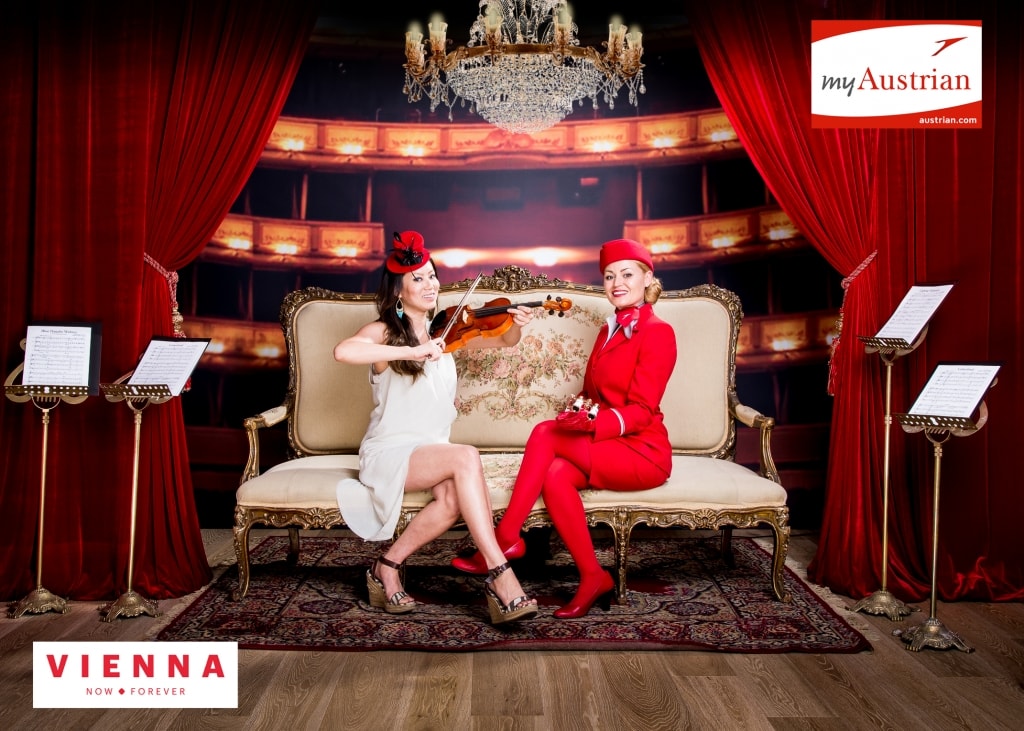 The evening entertainment came to a conclusion with the official announcements from CEO’s & spokespersons of Vienna Tourism Board, Austrian Airlines and VIP hosts. 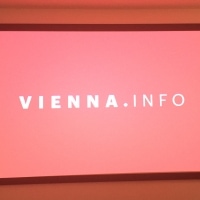 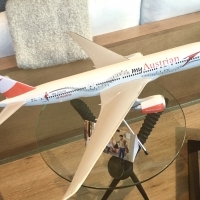 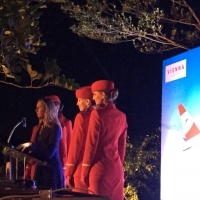 Tickets from Vienna to Los Angeles will be available starting at about $800 for round-trip flights, including taxes and fees. Tickets can be booked effective immediately either online at www.austrian.com. 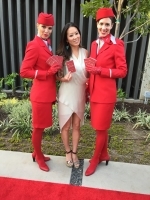