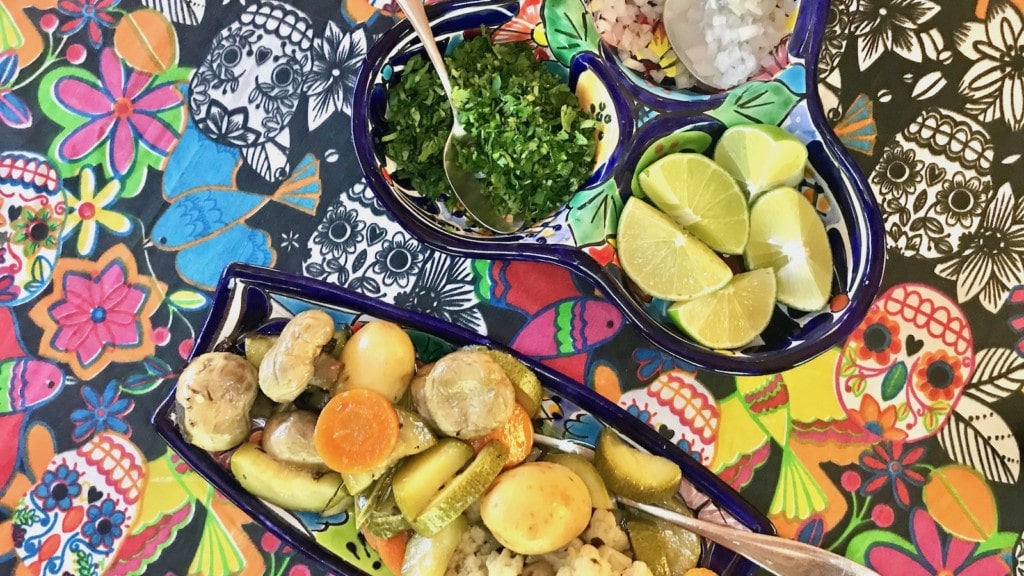 When most think of Cancun, they think wild parties, all-inclusive/high-end resorts and white sand beaches. Those aspects are certainly part of the fabric that make up Cancun which I’ve been guilty of indulging in. But travel deeper around the state of Quintana Roo (where Cancun is located in), and you’ll find a culturally-enhancing experience beyond the pure hedonism. One of the best ways to immerse yourself quickly and fully into a new place is by taking a cooking class with the locals. The best cooking class in Cancun is “Mexico Lindo“, a traditional kitchen workshop and school. 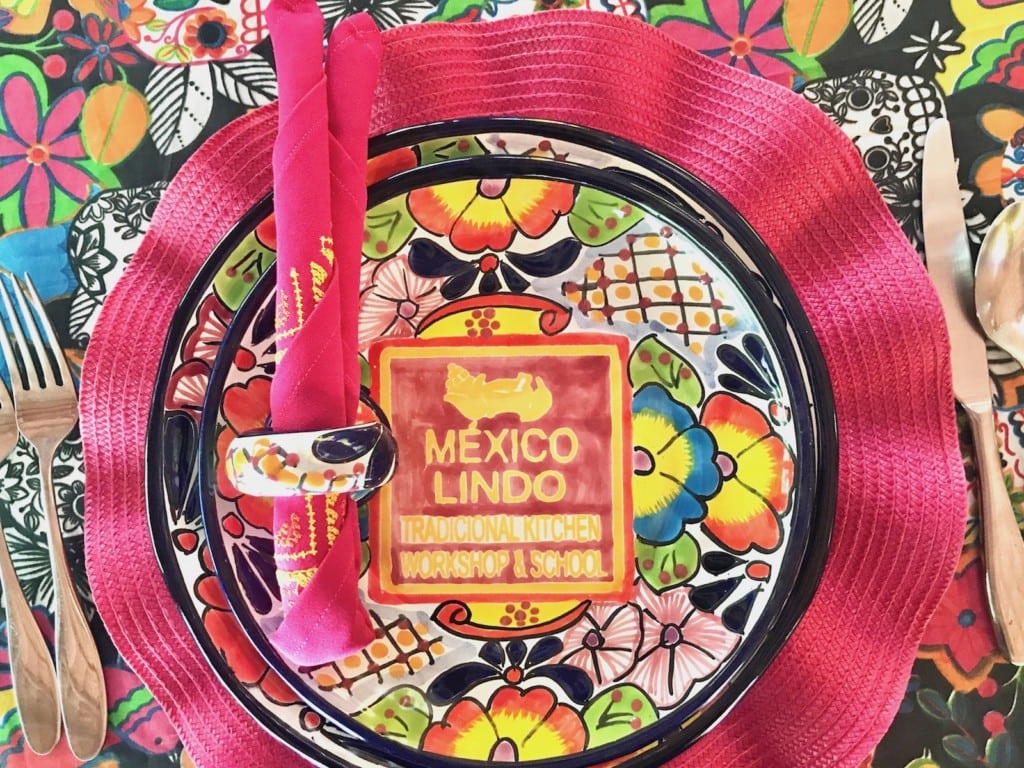 Mexico Lindo is located near Puerto Morelos,
a 30-40 minute drive south from Cancun,
which is a Mexican port town on the
Caribbean Coast of the Yucatán Peninsula. 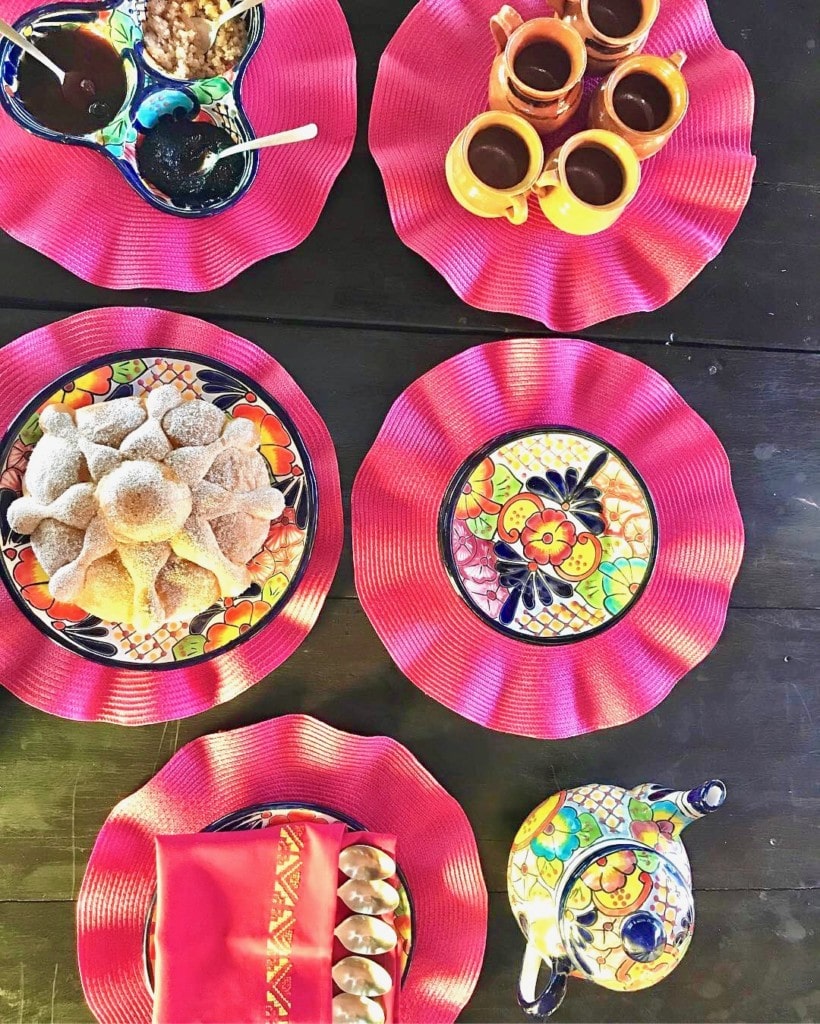 This immersive cooking experience was founded by Chef Alejandra Kauachi. Her father is Mexican and mother is of Lebanese descent.

Mexican-Lebanese History & Influence on the Cuisine

Lebanese people began immigrating to Mexico in 1892 on French Ships. Then, the country was not called Lebanon, but was still part of the Ottoman Empire. By the 1930s, as more immigrated to Mexico, the Lebanese-Mexicans only made up 5% of the population. But was instrumental in contributing to the economy, as they made up half of the immigrant ethnic economic activity. In 1948, thousands of Lebanese families fled during the Lebanon-Israel War as well as the Six-Day War, with the first stop being Veracruz in Mexico. The Lebanese seemed to assimilate pretty easily as their cultures fare similar to Mexican culture.

For starters, many Lebanese and Mexicans are Christians and Catholics. The two cultures are also extremely hospitable, share their passion for life, love of family and friends through food. There is always an abundance of food when visiting their homes. 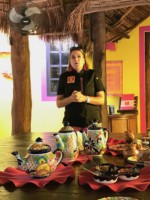 Today, the Lebanese-Mexicans are a vital part of Mexican culture. Not just economically, but also in the entertainment field and in their influence on Mexican Cuisine in the past century. Some of the food they brought over is:

The two cuisines even gave birth to recipes such as Tacos árabes. The fusion between Arabic and Mexican cuisine is particularly obvious in the Yucatán Peninsula, where Mexico Lindo takes place.

The brief history on Lebanese-Mexican immigration paves way into my introduction to the best cooking class in Cancun. You’ll get a deeper understanding of the spices and flavors into cooking these traditional dishes as well as taste the delicious food. There will be no shortage of hospitality while feeling at home. Hosted by Alejandra, the bon vivant, who is dedicated to sharing her heritage and country’s traditions through cooking.

Classes can be designed to your preference of food and group size. We experienced the cooking class on November 1, the 2nd day of Dia de Los Muertos, so there was a special theme around the holiday. We started with breakfast by eating “Pan de Muertos” and tasting “Café de la Ola” (Mexican Coffee). Tasting the food is delightful in itself, but having Alejandra explain the history and cultural customs around the Day of the Dead made the experience truly one of a kind.

Dia de Los Muertos Alter “Ofrenda” is placed in most homes, restaurants and on the streets, offering the deceased their favorite food and drinks. This is a way to welcome the souls “Animas” back during the month and the alter is meant to make them feel welcomed. On the 2nd day of Dia de Los Muertos, the Mexicans celebrate children who have passed away. On the 3rd day, they celebrate the adults and everyone. 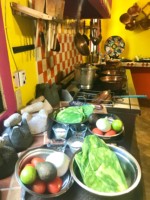 We gathered in the colorful, traditional Mexican-style Kitchen and prepared our ingredients. As we began to cook, we learned more bout the culinary history and evolution of Mexican Cuisine, with an emphasis on the Yucatán Peninsula.

Mexican cuisine is primarily a fusion of indigenous Meso-American cooking and European influence. The largest influence from Europe comes from Spain after the Spanish conquest of the Aztec Empire in the 16th century. The basic staples still remain today in Mexico: Corn, Beans and Peppers. Mexican cuisine rarely lacks spice so be prepared to have your mouth on fire!

The set menu we experienced was the Mexico’s Best Selection Class (a list of their courses are listed below).

A refreshing appetizer to start lunch with is Jicama, a round and bulbous root vegetable native to Mexico, Central and South America. The plant is also known as “yam bean“, which is technically a tropical legume that grows on vines. Due to colonial trade, this plant/vegetable has spread all over the world and can also be found in Asian countries such as China, the Philippines, Japan, India and Vietnam.

The texture of jicama’s root is like a potato, but tastes sweet and crisp like a pear or apple. The Mexican style of eating it would be to sprinkle chili powder and lime, as they do with other fruits. Any excuse to spice things up!

Did you know that the word “Tamale” means Envelope? A special dish I tried for the first time was the Tamales de Dulce. Although I’m not a sweets person, I still appreciated learning the preparation of the dish and the unique texture. The Corn Flour mixed with Vanilla Stick, a dash of Beet Juice turned the dough pink. The raisins and pineapple bits turned this otherwise savory dish into a sweet, but not too sweet dessert delicacy. 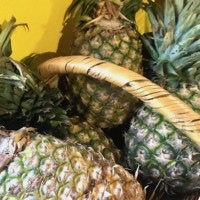 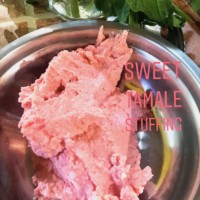 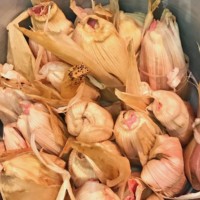 Another special dish I learned to make was the “Salsa Sikilpak“. The foundation of Salsa is the same with blended tomatoes, salt and cilantro but this spicy salsa uses Habanero Pepper and Pumpkin Seeds which gives the Salsa a heartier, meaty essence.

The star dish of the day was the “Ensalada de Nopal“, a Cactus Salad. It’s uber nutritious, refreshing (especially on a warm day), tasty and I will surely be recreating it at home soon.

Mix the ingredients all together. Set the Avocado Slices and Crumbled Cheese on top.

Last but not least, we simply couldn’t complete the meal, especially a Latin meal, without a proper alcoholic beverage. We were introduced to a special Mayan Cocktail made with Chaya Leaf (hence the green color), Pineapples and Xtabentún, a rum liqueur made with Anise Seed, Fermented Honey and the nectar of Xtabentún flowers. 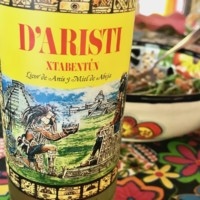 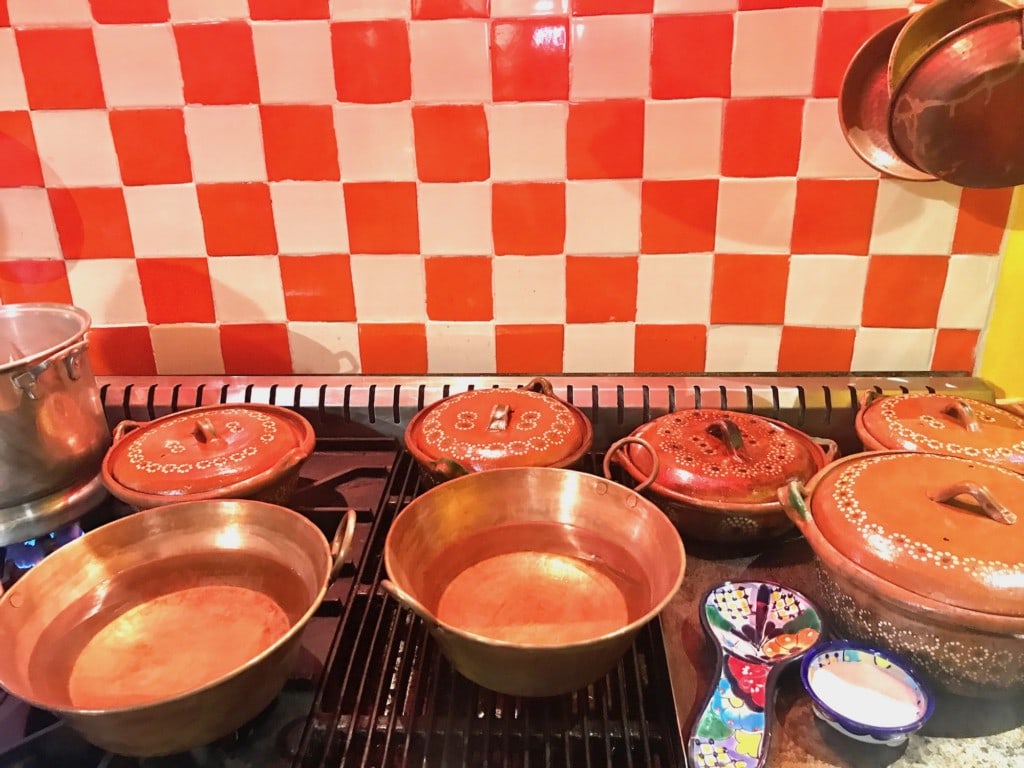 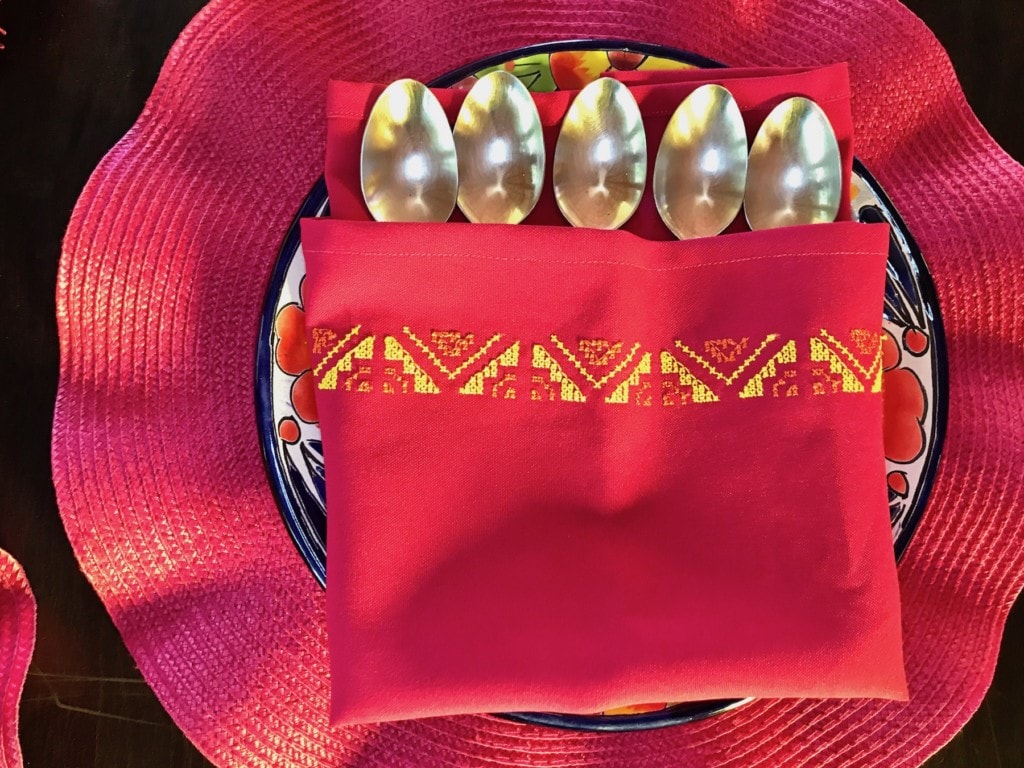 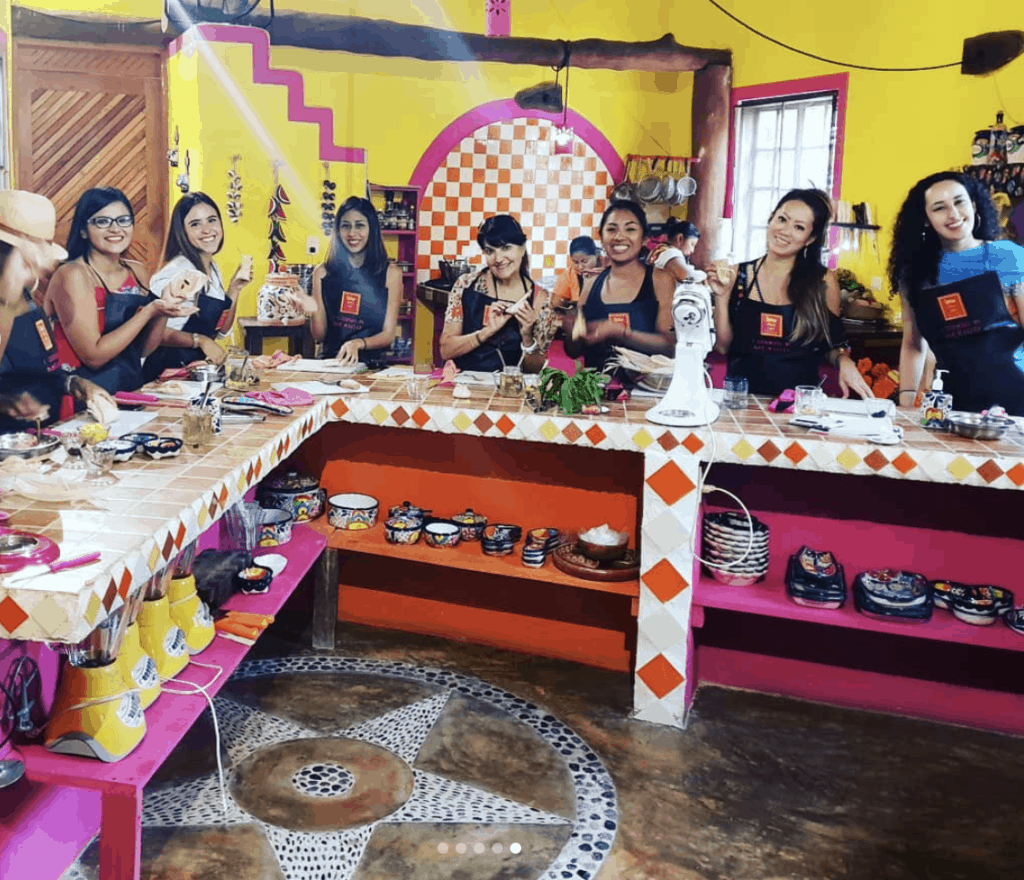 Classes are limited to 9 people in a group. This allow the class to be intimate while still enjoying an interactive cooking experience. It is incredibly common that midway through, the ambiance turns into a major fiesta with tequila and cervezas celebrating food and life.

All Cooking Class Experiences cost 125 USD.
Roundtrip transportation is available for 30 US Dollars per person. 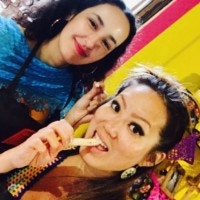 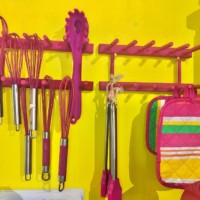 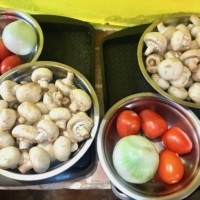 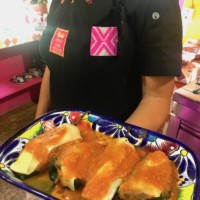 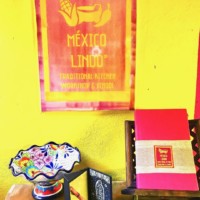 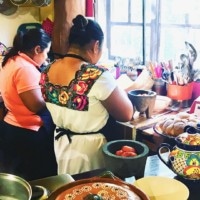 Want to make a Gastronomic Trip out of your visit to Mexico and fully experience traditional Mexican Cuisine? Culinary Trips (4-8 days) are also available in the Riviera Maya lead by Chef Alejandra.

To Experience the Best Cooking Class in Cancun: 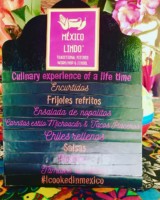 Mexico Lindo Cooking School is a convenient 30-40 minutes drive from Cancun or Playa del Carmen. Located just across from Puerto Morelos town in the new ecological corridor, La Ruta de los Cenotes, which is an up and coming, trendy area. 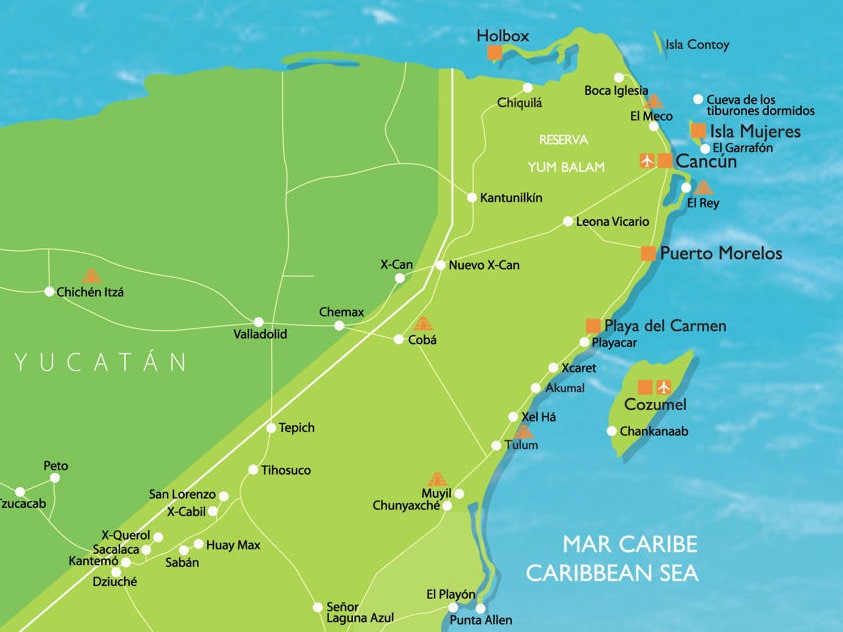 In a Beautiful, Authentic Setting in the Jungle.