Persian literature is a significant element of the Persian culture. Its influence on the Islamic culture of the Middle East is vast. These writers and poets are highly regarded not only in Western Asia but also around the world. Rumi has definitely brought the popularity of Persian poetry into the world. But there are many more poets that are just as revered in Iran throughout history until today. In this post, I introduce 6 of the greatest Persian Poets of all time that have shaped Iranian history. Common themes covered in the poetry are of devotion to God, love, modesty (as taught in the Quran), wisdom, creation, nature, mysticism and more.

Due to changes in borders and conflicts, poets like Rumi migrated and was buried in Konya, Turkey today. It is common for locals and visitors of Iran to visit tombs of these great poets. This is not necessarily a popular practice in the rest of the world, which shows the amount of respect that is preserved to their classic, influential poetry. A few of these poets are buried in Iran today such as the Tomb of Hafez, one of the most popular sites in Shiraz (southwest Iran). Many bring their poetry books to read alongside the tomb as well as wash their tomb with rosewater. These tomb sites are treated as Persian gardens more than graveyards.

The 6 Greatest Persian Poets Of All Time

Those that speak Farsi would argue that these poetries are best read and heard in it’s original language. Translations give you a glimpse into the talent, the devotion to God and the romanticism behind these poems. Though you may not understand Farsi, I would advise you to still listen to some of them regardless as you will be able to hear the natural rhymes, feel it’s essence and soul even without truly understanding the words. This would apply to the Arabic and Turkish language as poets like Rumi also interchangeably used them in his writings. 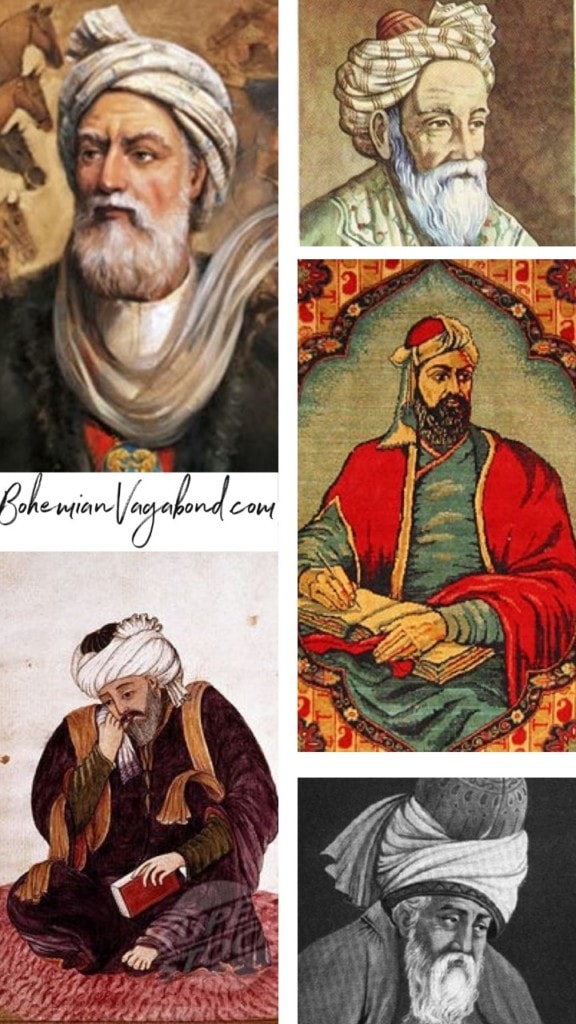 Abu ‘I-Qasim Firdowsi Tusi, more popularly known as Ferdowsi was a Persian poet in the Paj village in the city of Tus in the historical region of Khorasan, Northeast Iran during the Samanid Empire. Ferdowsi came from the dehqan class, a class of Iranian aristocrats during the Sassanid era. He is best known for his work, “Shahnameh” or the Book of Kings, the world’s longest written epic poem completed in 1010. It is also recognized as the national epic of Greater Iran.

His year of death is believed to be between 1020-1026. A mausoleum was constructed in honor of Ferdowsi upon the orders of a Ghaznavid governor in Khorasan. Ferdowsi’s tomb is located in Tous, Mashad, the holiest city in northeast Iran (in the region of Khorasan), and has become one of Iran’s national shrines.

Where to visit: Tomb of Ferdowsi in Tous, Mashad, Northeast Iran
Read: Shahnameh: The Epic of the Persian Kings 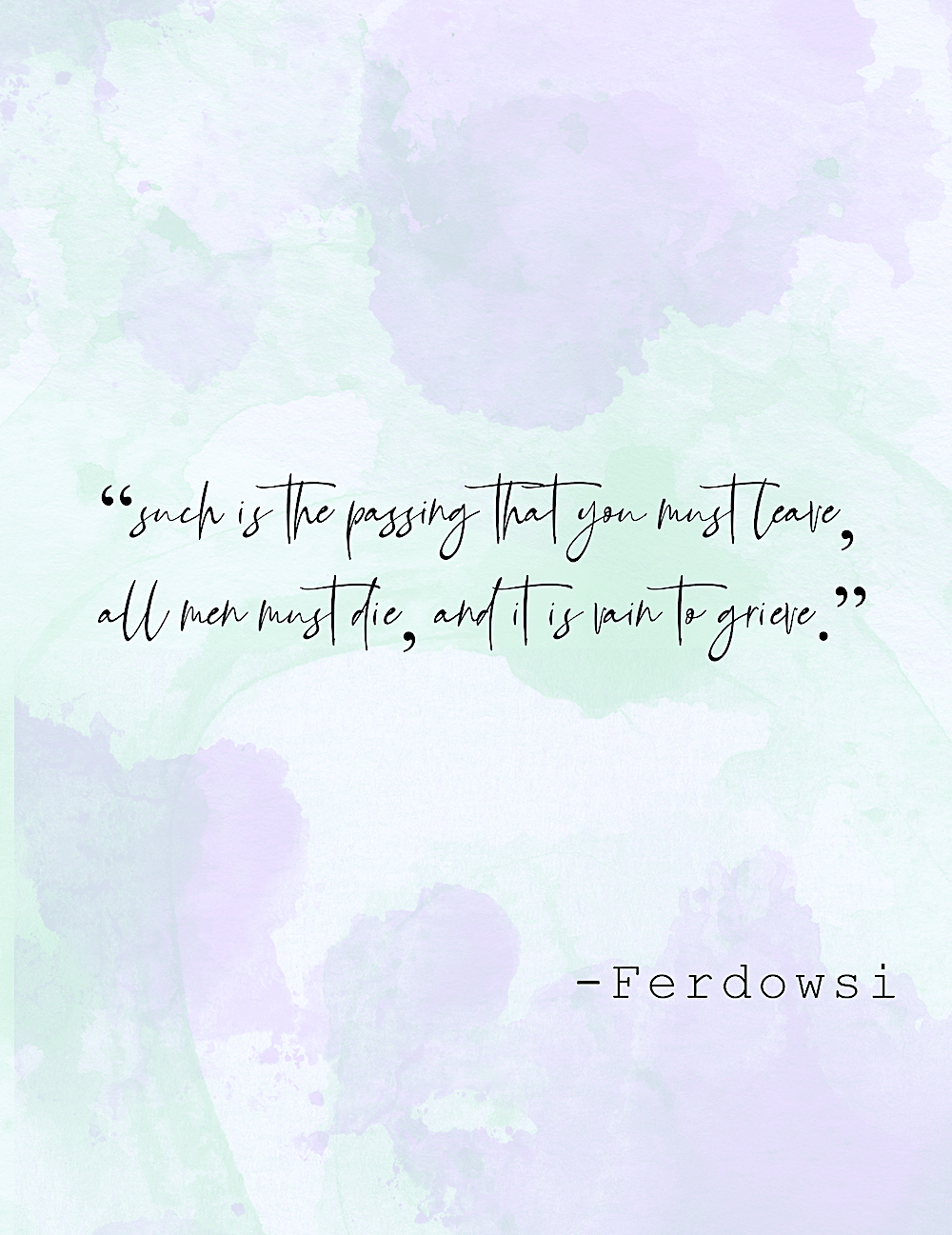 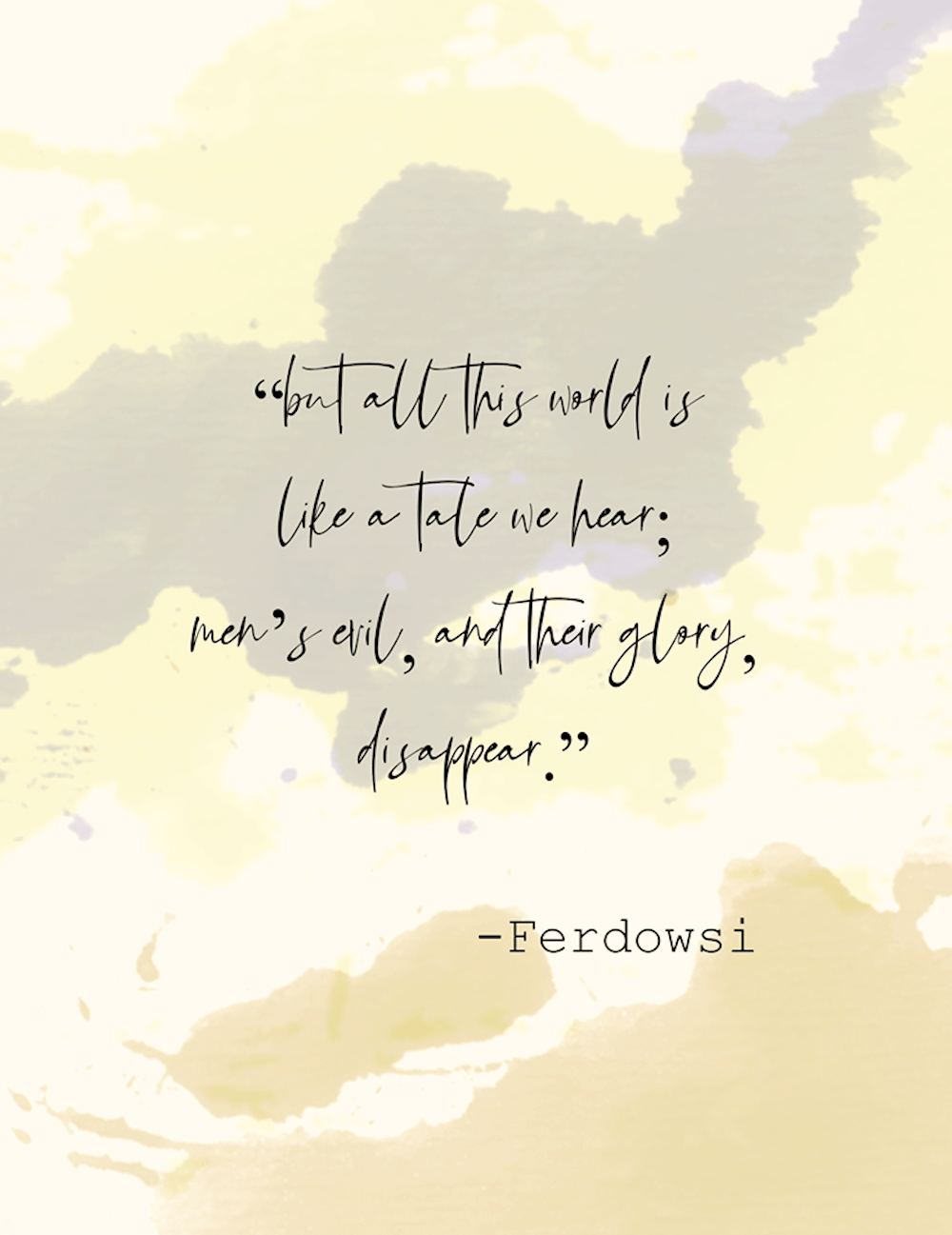 Omar Khayyam was a mathematician, astronomer and poet who’s poetry were short and concise focused on life, wine and joy. He was born in Nishapur, northeastern Iran and spent most of his life near the courts of the Karakhanid and Seljuq rulers. This was the period that witnessed the First Crusade. As a mathematician, he is most known for his work on the classification of Cubic Equations and also contributed to the understanding of the Parallel Axiom. As an astronomer, he designed the Jalali calendar, a solar calendar with a precise 33 year intercalation cycle.

Khayyam’s poetry was written in the form of Quatrains. His most notable book is the Rubaiyat of Omar Khayyam, translated by Edward FitzGerald. Also a philosopher, he considered himself a student of Avicenna. Shortly before his death, he was reported to have been reading the Book of Healing. Six philosophical papers have been found by Khayyam on subjects of existence and its relationship to universals, contradictions of the world and the universal principles of existence. 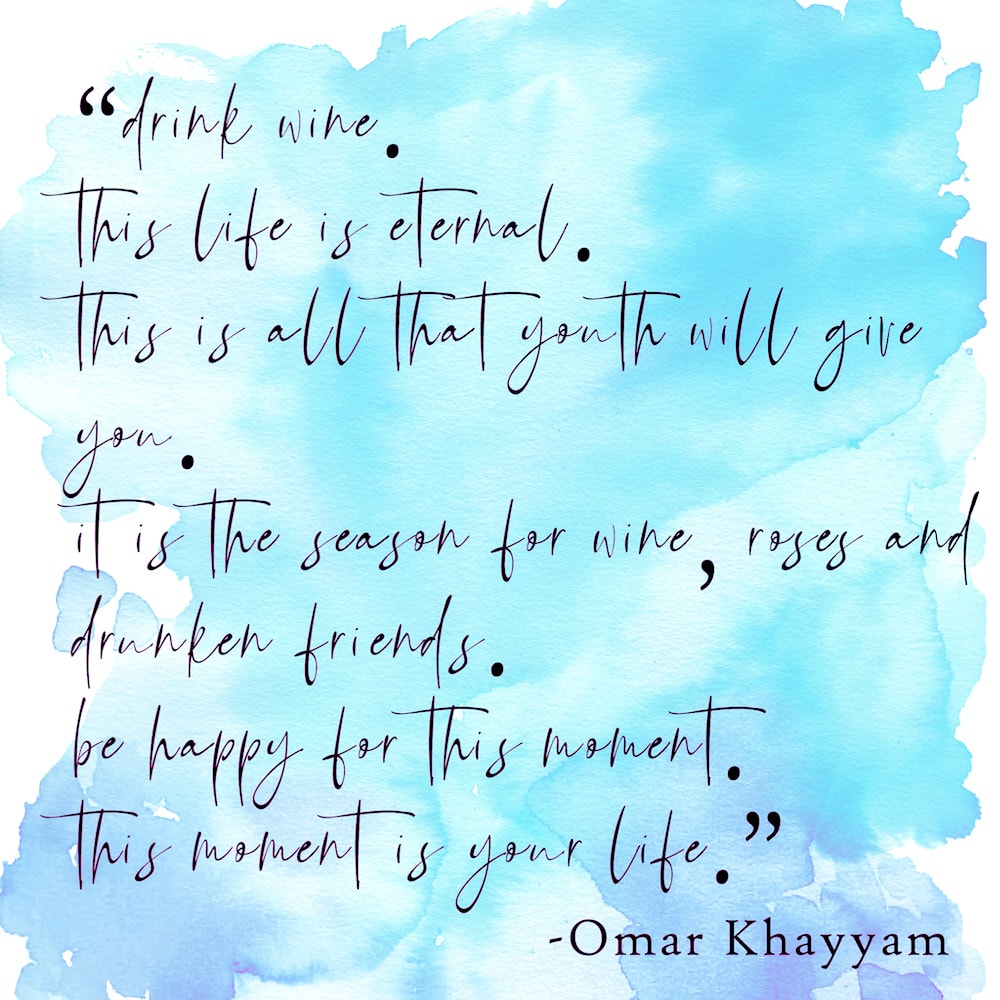 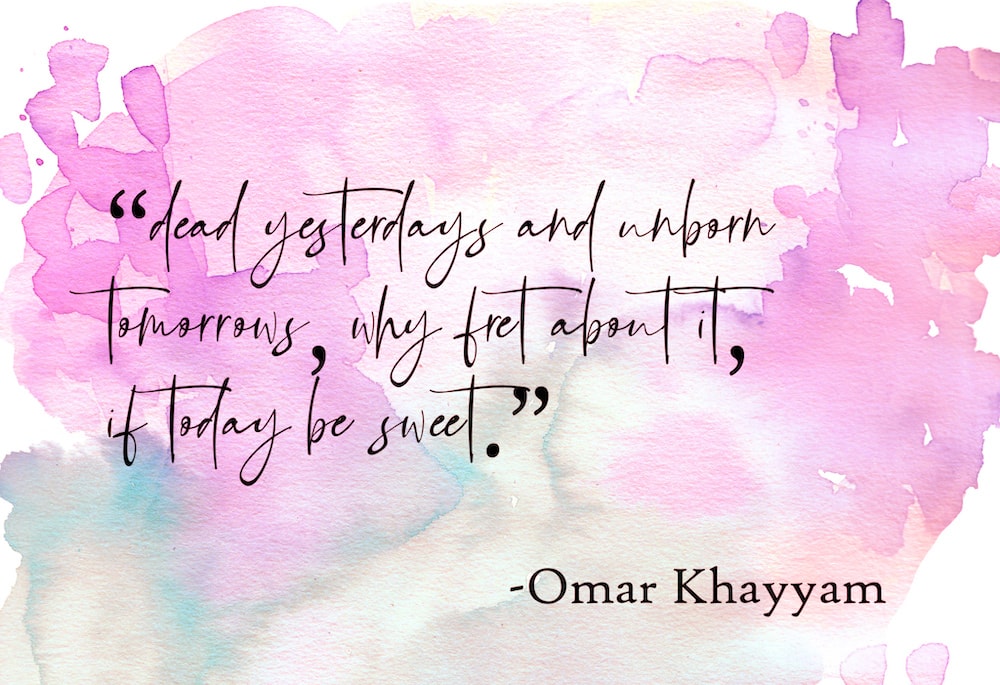 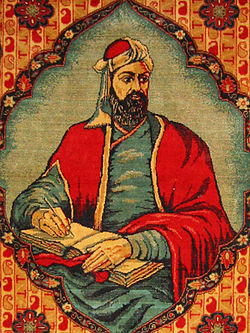 Born on January 1, 1141 ,in Ganjan (now Azerbaijan) during the Seljuk empire, Jamal ad-Din Abu Muhammad Ilyas ibn-Yusuf ibn-Zakki also known as Nizami Ganjavi was a Persian poet known as one of the greatest romantic poets in Persian literature.

He was versed in both Persian and Arabic literature and intellect in mathematics, astronomy, philosophy, and ethics. He is best known for his odes and lyrical poems, the most popular ones being the Panj Ganj or Five Treasures. Despite being born in Azerbaijan, he wrote his poems in Persian. Ganjavi’s work was recognized as one of the most significant romantic poetry in the Persian literature.

Where to visit: Nizami Ganjavi Mausoleum in Ganja, Azerbaijan
Read: The Story of Layla and Majnun 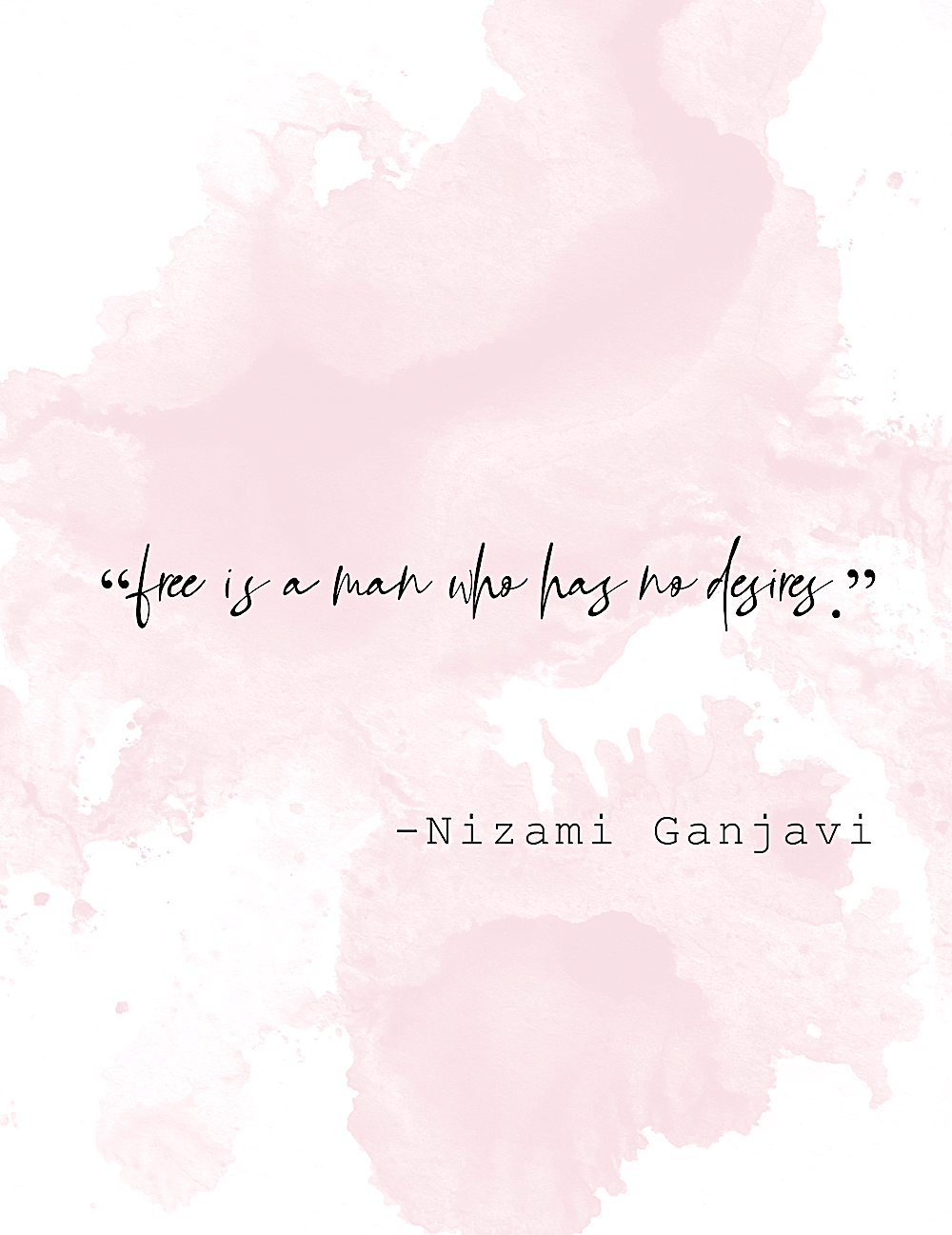 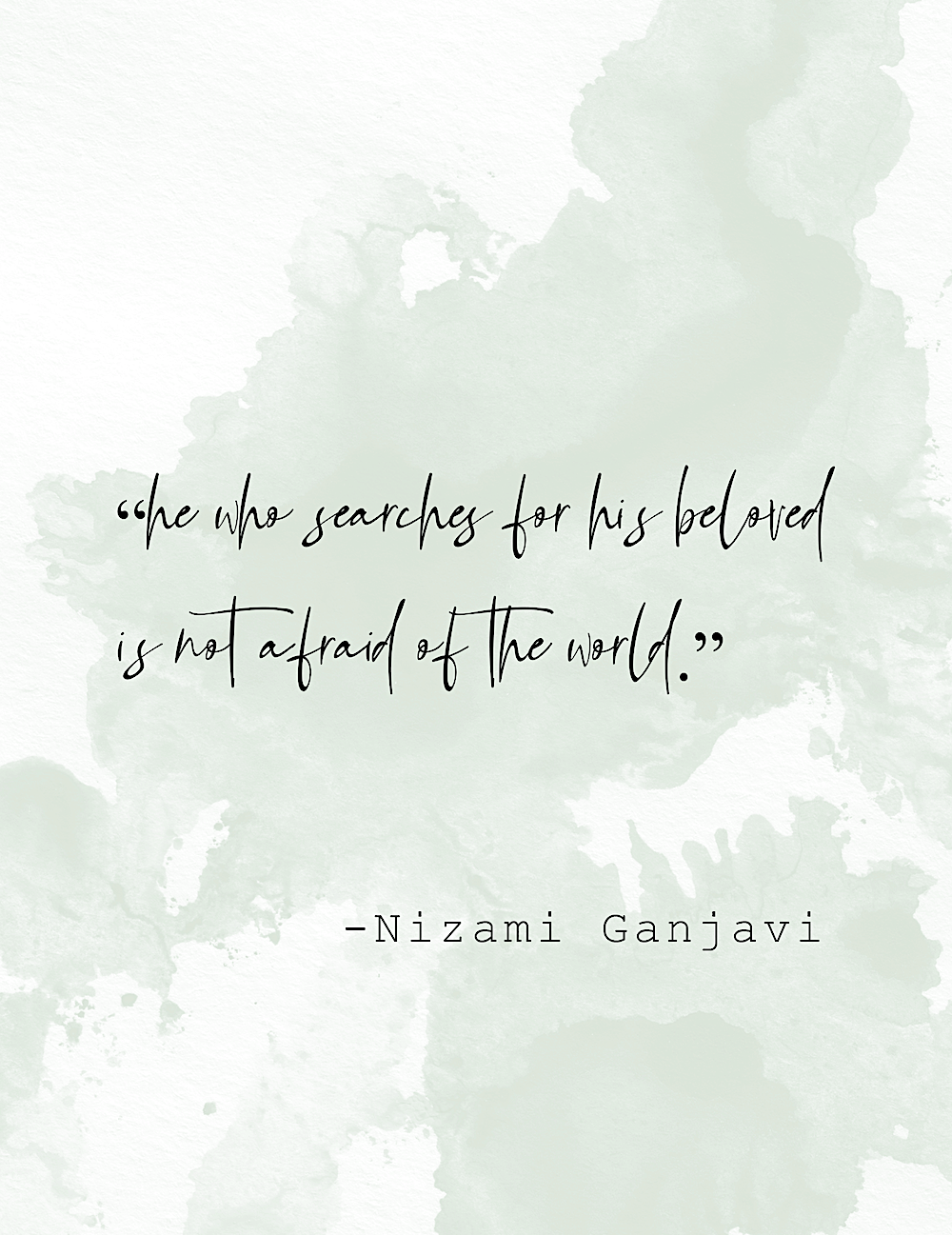 Jalan ad-Din Muhammad Balkhi, more popularly known as “Rumi” in the west, is a Persian poet of the 13th century. Rumi was born on September 30, 1207 ,in (modern day) Afghanistan, originally the Greater Khorasan (northeast Iran). Rumi’s name translates to “Glory of the Faith”. His father, Bahaduddin Walad, also known as the “Sultan of the Scholars,” was a theologian, a mystic, and a jurist. Rumi’s family moved to Konya, now present-day western Turkey, when the Mongol Invasion reached Central Asia in 1215.

In 1244, Rumi met a wandering dervish named Shamsuddin of Tabriz. This is believed to be the turning point in Rumi’s life that inspired most of his famous works. The two developed a very close relationship until Shamsuddin Tabriz’ disappearance in 1248. Many suspect that he was killed by Rumi’s own disciples out of jealousy of the two’s closeness. Following the disappearance of his close friend, Rumi wrote a total of approximately 400,000 lyrics including eulogies, songs, and dances. This collection of lyrics would be later known as the Divan-e Shams-e Tabrizi or The Works of Shams Tabriz, one of Rumi’s most famed masterpieces.

Rumi’s Famous for the Ghazals

Rumi’s poetry is often divided into various categories: the quatrains (rubayāt) and odes (ghazal) of the Divan, the six books of the Masnavi. The prose works are divided into The Discourses, The Letters, and the Seven Sermons. Another one of his famous works is the Mathnawi, a six-volume didactic-style poetry amounting to approximately 50,000 verses about Sufism. It is also commonly known as the Persian Qur’an. It’s remarkable how Rumi used wine as a metaphor for one of his poems in Mathnawi despite being a non-drinker as he was known to adhere to the Shariah or the Islamic law as a Sufi.

Rumi died on December 17, 1273 ,at the age of 66 due to an illness in Konya. He was laid to rest adjacent to his father in Konya, Turkey. Rumi’s tomb has become one of Turkey’s most popular tourist attractions. Thousands of people continue to visit his tomb to witness his legacy and pay their respects to one of the greatest poets of all time. Upon his death, his followers and his son Sultan Walad founded the Mevlevi Order. This is also known as the Order of the Whirling Dervishes, famous for the Sufi dance known as the Sama ceremony.

Where to visit: Mevlana Museum and Masolueum in Konya, Turkey
Read: The Essential Rumi 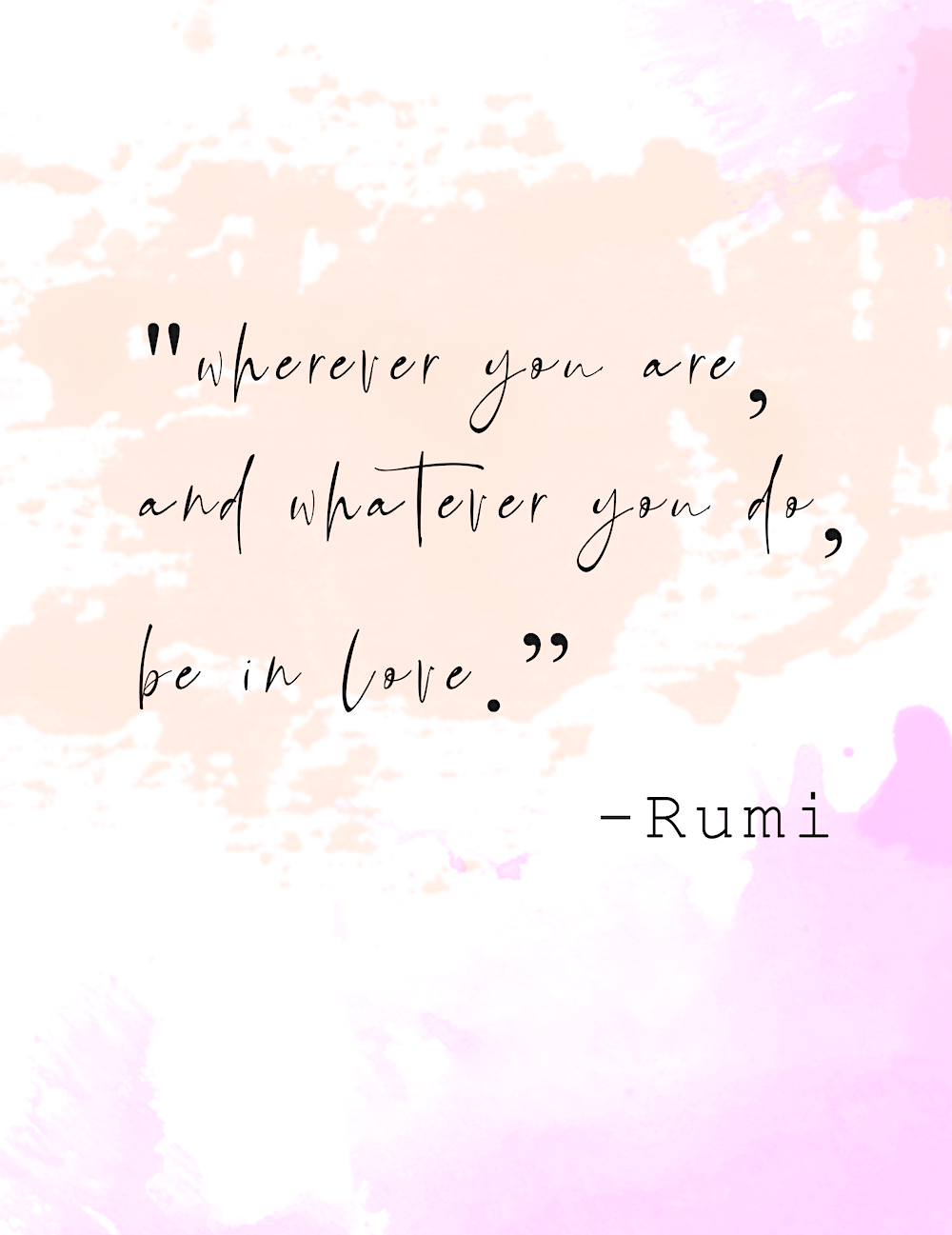 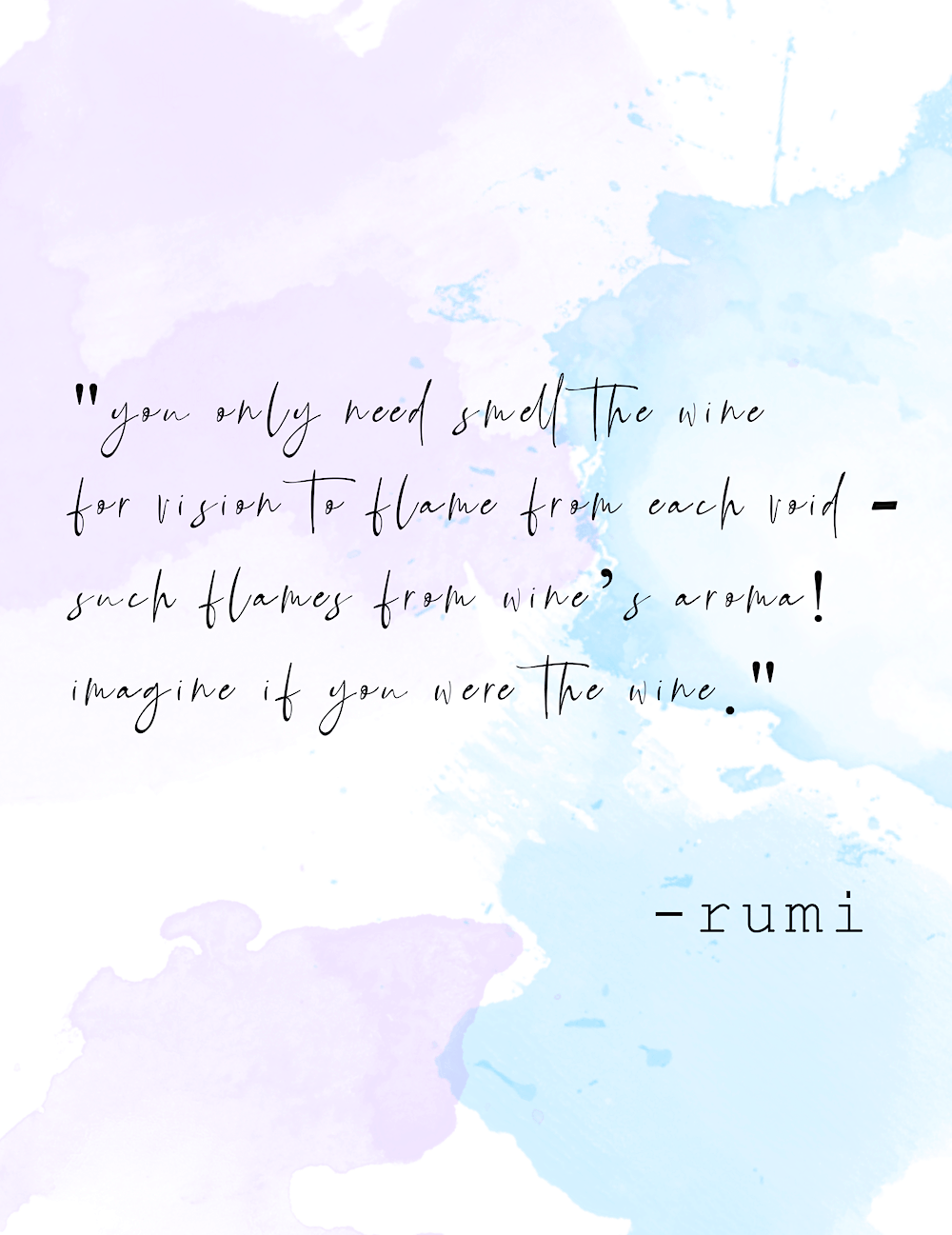 Khwaja Shams-ud-Din Muhammad Hafez-e Shirazi also known as Hafez and Hafiz, was a Persian poet born and raised in Shiraz in the Fars Province of Iran in 1315. After memorizing the Qur’an at an early age, he was given the title “Hafez“. Apart from contemporary biographies written about him, little is known about his earlier life. We do know that he stayed in Shiraz his whole life and did not travel very far as he loved his home town.

Hafiz is known for his ghazals, an ancient form of poetry about love. His work is compiled in a collection called the Divan-e Hafez or the Divan of Hafez containing love sonnets, social criticisms, and odes. He was a lover of wine and joy while debating religious hypocrisy. Hafez died in 1390 and laid to rest in what is now famously known as the Tomb of Hafez in Shiraz, Iran. His poems are engraved in items found around the garden surrounding his tomb.

Today, his works can be found in the homes of Shirazi’s and Iranians alike and serve as an inspiration for composers. His work was also admired by prominent figures such as Nietzsche and Ralph Waldo Emerson.

Where to Visit: Tomb of Hafez in Shiraz, Iran
Read: The Gift: Poems by Hafez 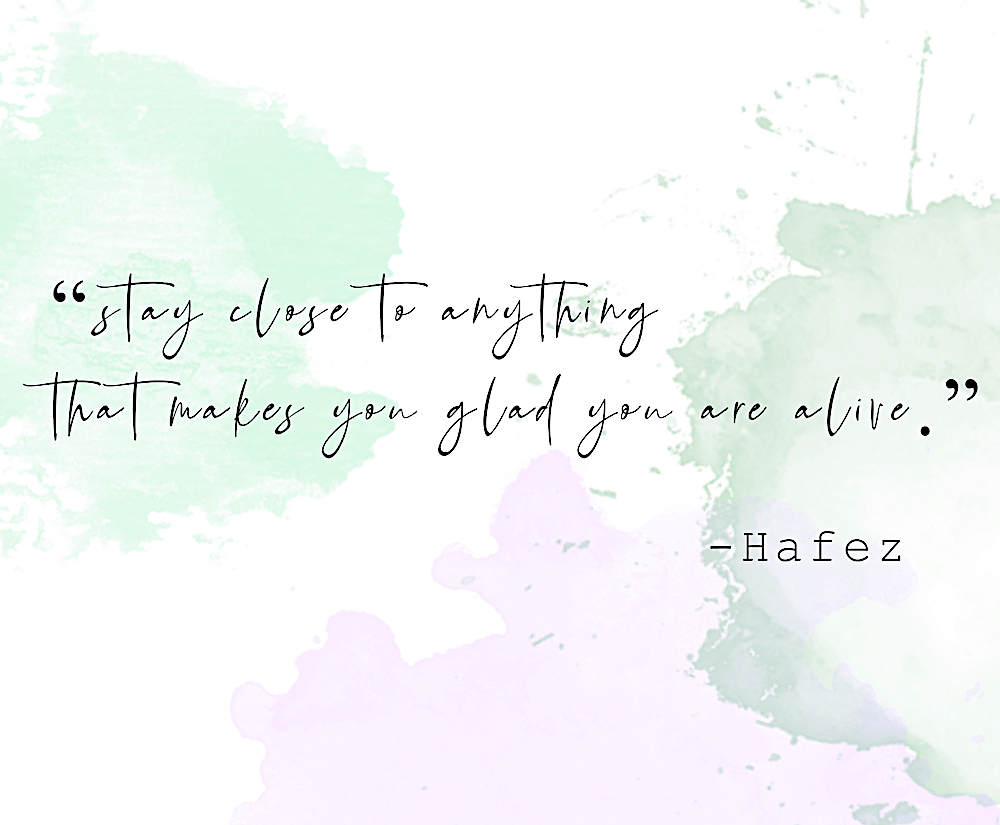 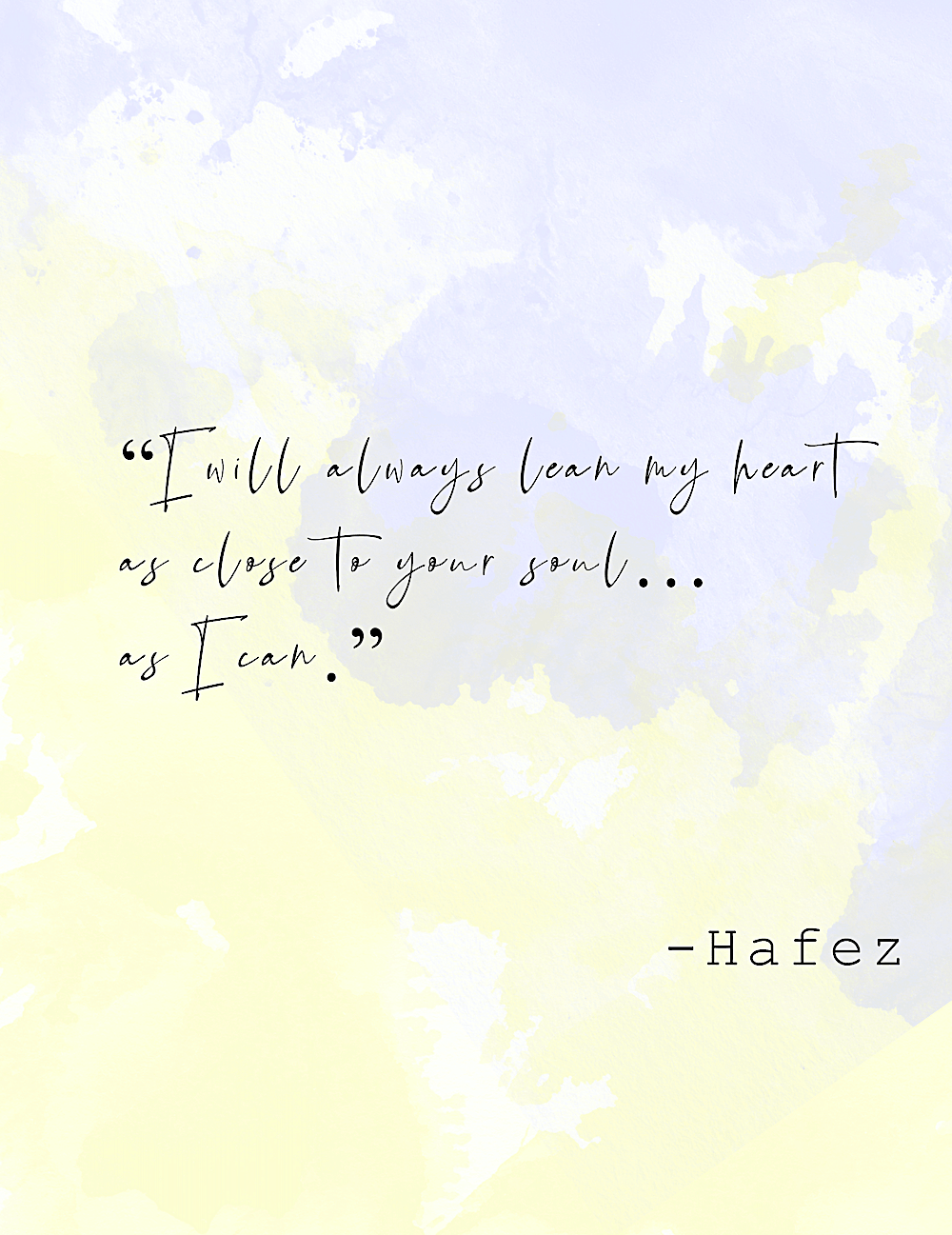 Born in Shiraz in the Fars Province of Iran in 1210, Saadi Shirazi or better known as “Saadi”, was a Persian poet famous for the depth of his moral and social thoughts. He left for Baghdad to pursue his education at the Nizamiyya University. Saadi came back to Shiraz in 1257 after fleeing war-torn towns, staying in refugee camps, and seeking safe places to hide together with other war survivors during the Mongol invasions.

One of Saadi’s most famous works are the Bustan completed in 1257 and the Gulistan completed in 1258. Bustan or The Orchard contains his writings about his life experiences and judgements. The Rose Garden is highly regarded as a source of wisdom. Both are the collection of stories and poems. Saadi’s death is believed to be between 1291 and 1294.

Where to visit: The Tomb of Saadi is located in Shiraz today with inscriptions of Saadi’s poems on the walls.
Read: Bustan: In Farsi with English Translations 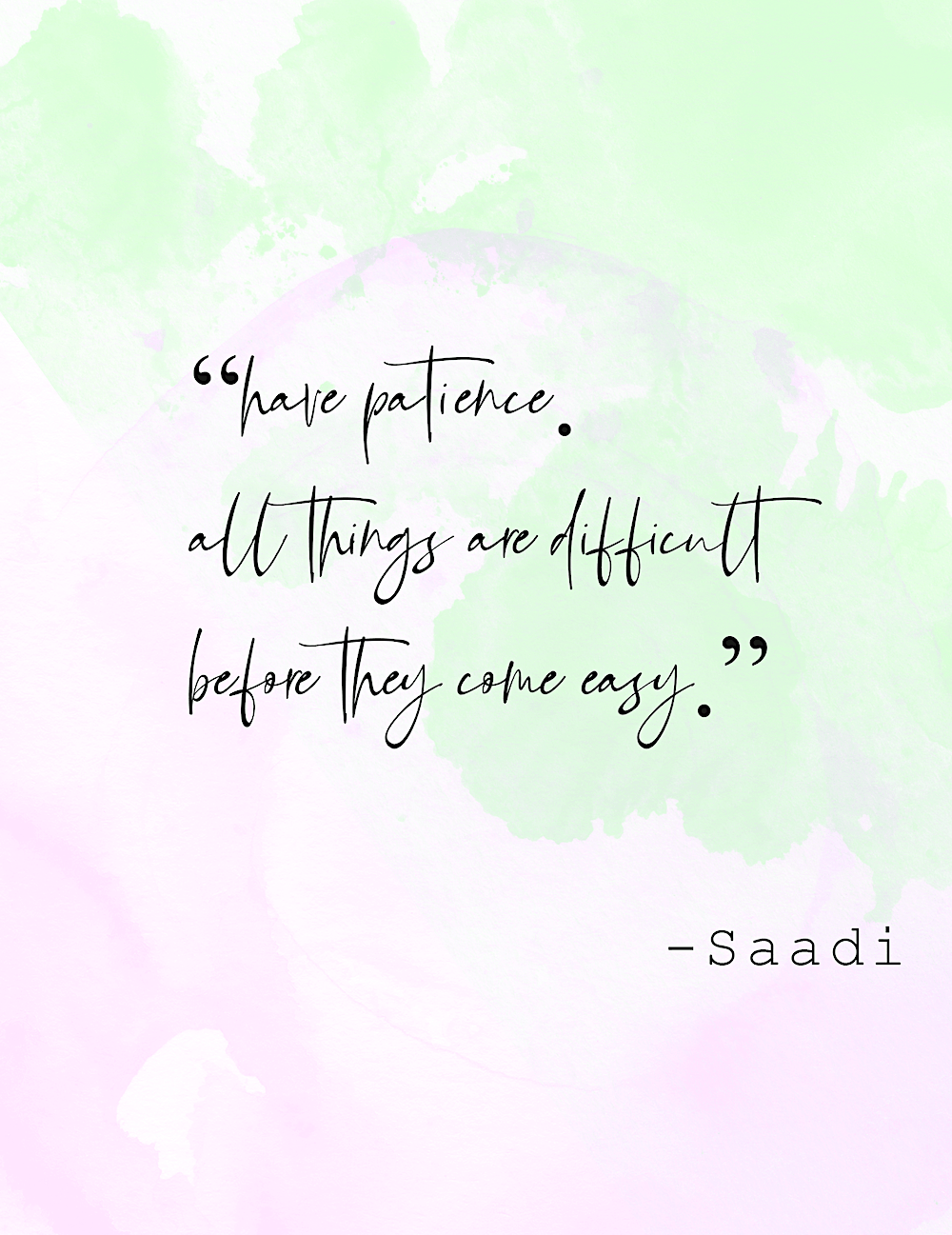 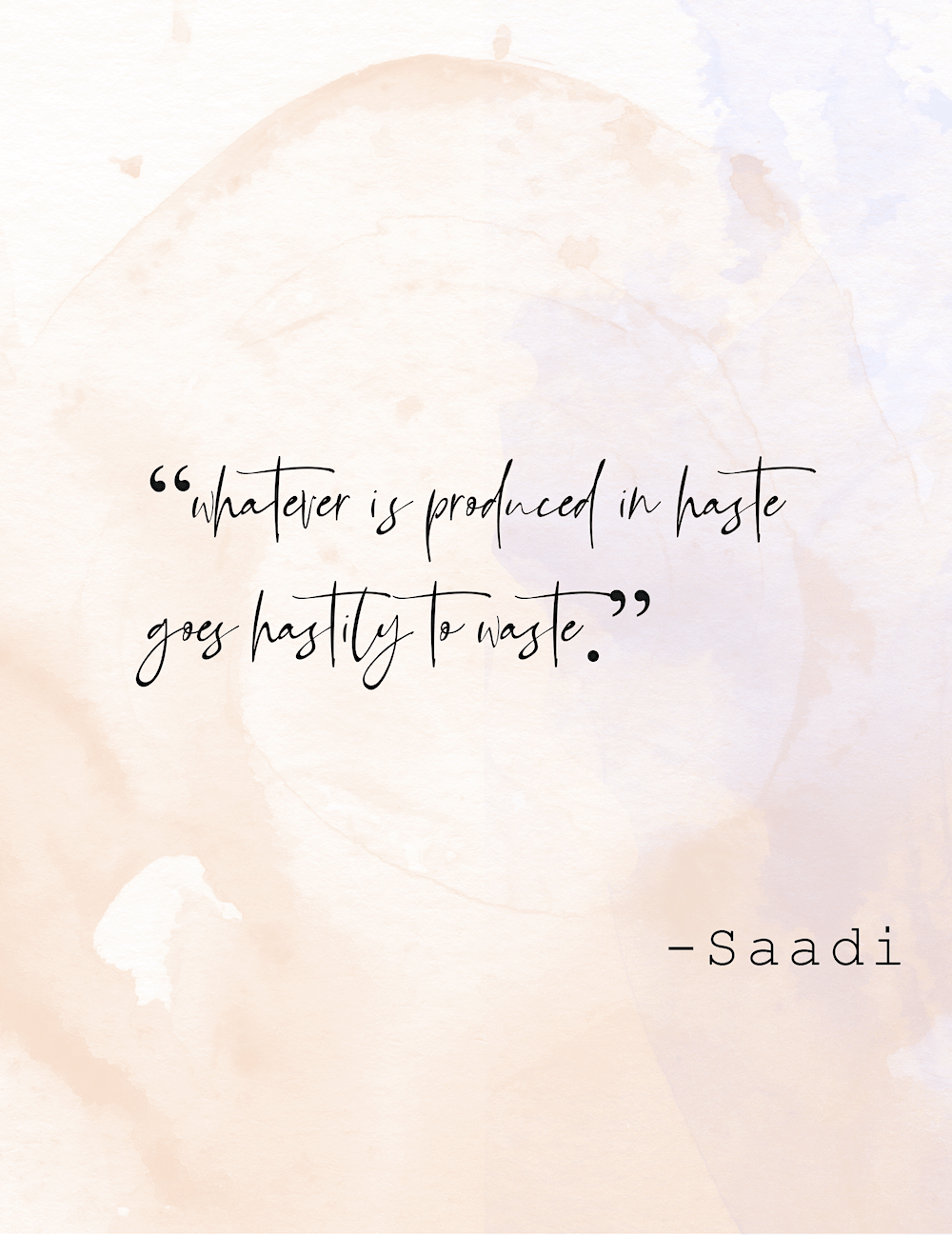 After reading some of these classic Persian poetry, a light went off in my mind. I had noticed somewhat unconsciously how sweet my Iranian friends spoke frequently in everyday conversation. Not just the men in their sweet talking but the women too in their compliments. Could it be that the influence of this beautiful poetry – taught in schools and shared in family rooms be a root of their sweet sentiments? Most Persian households have these texts at home. And it is common for Iranian families to share poetry during the time of Equinox of Nowruz (Persian New Year) and the night of Yalda (the longest night of the year).

Rumi has been described as the most popular and best-selling poet in the United States. Though, only some Americans are loosely familiar with “Sufism“. I wonder how many of those know that Sufism is a sect in Islam while quoting Rumi. Through studying this literature, it gives you a different perspective on Islam. A religion that so many in the west fear due to political factors sprung especially in the last century. And through studying these Persian Poets, one may also question if Islam does indeed promote creativity, imagination, and art. And if consuming alcohol is acceptable? Several of these poets were inspired by, and lovers of wine.

Devotions to God and/or Romanticism?

Many of these poets devoted their literature to God (Allah). It was unclear in some of Hafez’s poetry if he was speaking to God or to a Lover. Many of the poetry was originally used religiously to show affection towards God.  Today, many today use the poetry towards romance between two human beings. What these great Persian Poets really meant are up to scholars and ultimately up to you to analyze through your own interpretation. I hope this post inspires you to explore more of ancient Persian history through the greatest Persian poets of all time.

Thinking of traveling to Iran? I recommend booking your tour through Visit Our Iran, the first Iranian Tour Marketplace. Through their website platform, you can find a large variety of private and group tours from dozens of trusted tour operators. You can even tailor your trip based off an Ancient Persian Poet Tour which they can help arrange! Use my discount code Bohemianvagabond2019VOI for 10% off all tours! Or email them directly for more information at VisitOurIran@gmail.com.

1 thought on “Greatest Persian Poets of All Time”