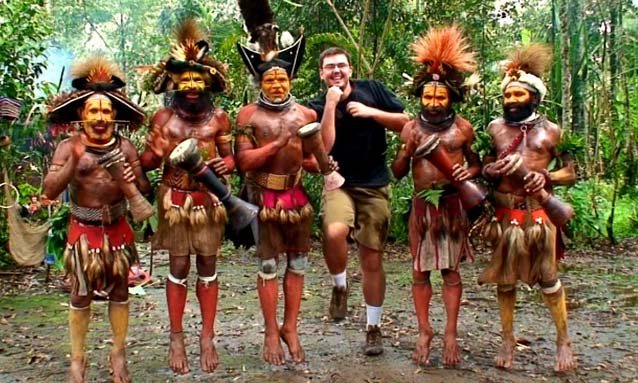 As I lay here on my friend’s couch in Sicily at 1am in the morning Sunday night, I watched another one of Where the Hell is Matt videos. Who’s Matt? He’s a World Traveller who became an instant Youtube hit after his video went viral of him doing his signature funny dance in every place he travelled to. The name “Happy People Dancing on Planet Earth” embodies exactly his art. I found myself in tears of joy and reminded myself why I love to travel. And why I love learning about cultures around the world. Matt has done an amazing job in showing how dancing is a way to celebrate happiness in every culture, and charmingly includes Iraq, Afghanistan, North Korea, Haiti among other countries that the media shows only in a negative light in the list. I don’t think this was a coincidence, it was simply an effort to promote World Peace.

I admit, after having caught a horrendous fever and shivering all night, which I believe was a result of mental and physical exhaustion after traveling Barcelona, San Sebastian and now Sicily in a week, I became home-sick. While I thoroughly enjoyed these places, I didn’t allow myself much time to relax, especially to myself. Travel is oftentimes about being in uncomfortable positions. But it’s important to remind yourself that this is vacation, not a checklist of errands to do. So take some time alone and just relax. I stayed home all day today, on the bed, on the couch, reading, internetting, eating comfort food and am on the road to recovery after 24 hours. I think it was my body telling me to slow down.

But thanks to this video, it brought my mojo back for the remaining 3 days of travel until I’m back in the States!

“Explanation: What are these humans doing? Dancing. Many humans on Earth exhibit periods of happiness, and one method of displaying happiness is dancing. Happiness and dancing transcend political boundaries and occur in practically every human society. Above, Matt Harding traveled through many nations on Earth, planned on dancing, and filmed the result. The above video, the latest in a series of similar videos, is perhaps a dramatic example that humans from all over planet Earth feel a common bond as part of a single species. Happiness is frequently contagious — few people are able to watch the above video without smiling.”