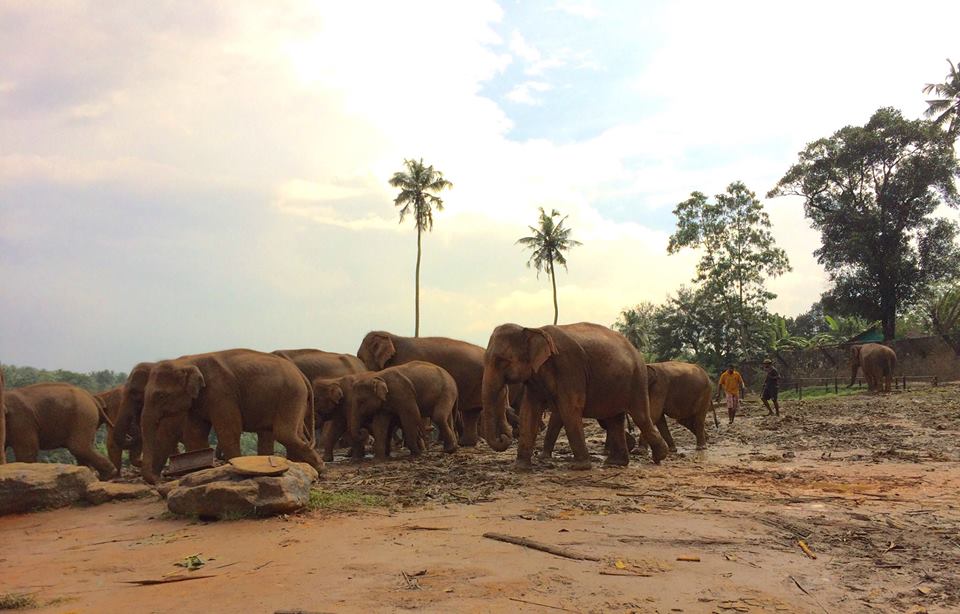 Elephants have been a significant animal in most Southeast Asian countries including India and Sri Lanka, the meaning varies slightly but all comes down to some sort of Good Luck & Good Energy. Hence, the popularity of visiting Safari’s and National Parks with Elephants. Please do your research prior to visiting as in many of these establishments, animals are hugely abused for the sake of training them to be tourist friendly. I would highly recommend Pinnawala Elephant Orphanage Sri Lanka.

Sri Lanka has held on to the love of elephants in Traditional & Religious Culture, dating back over 5000 years symbolizing Wisdom, Power & Wealth. It is estimated that Sri Lanka has the highest density of Elephants in Asia. They have been used in war centuries ago, as transportation, logging/construction and sporting games (i.e.: polo). The Singhalese kings use to punish those that killed elephants with the death penalty, until the British rule which overthrew that law, and in fact began to allow many elephants to be murdered as a ‘sport’, calling them an Agricultural Nuisance.

Today, more cheerfully, elephants are used in Cultural and Religious Ceremonies – especially in Buddhist and Hindu Temples. There is estimated to be around 3100-4500 elephants, which has fallen by 65% since the turn of the 19th century in Sri Lanka due to human settlement. The coat of arms and the flag of Ceylon Government from 1875 to 1948 included an elephant and even today many institutions use the Sri Lankan elephant in their coat of arms and insignia. There seems to be a true bond between humans & elephants. 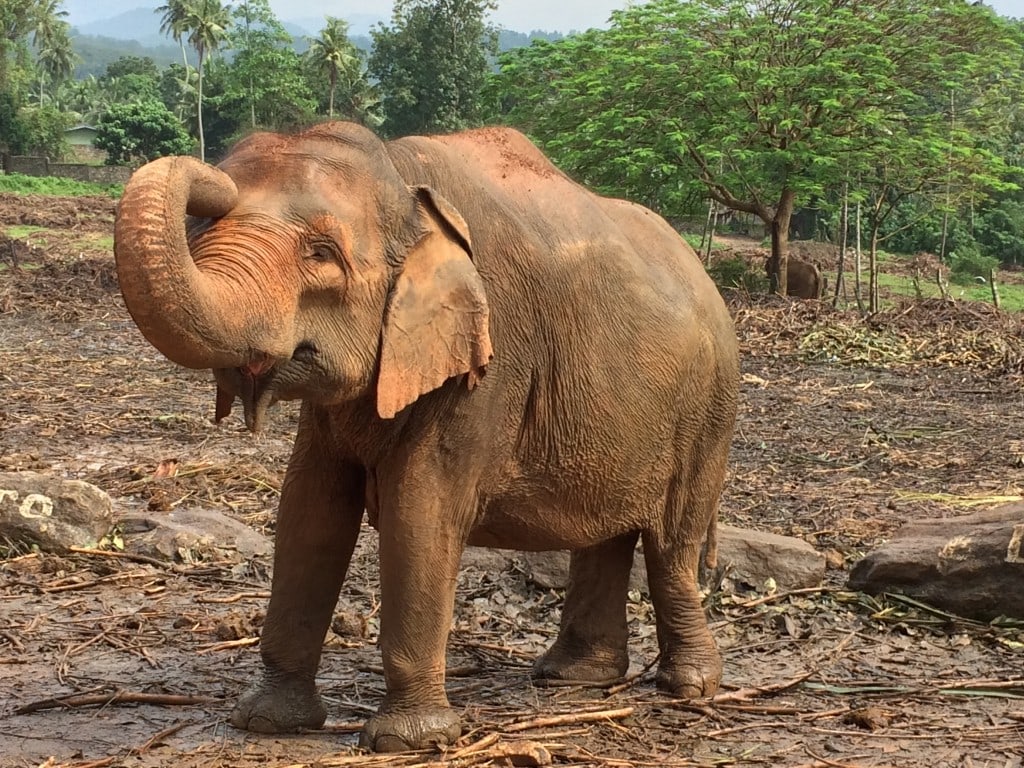 An elephant with its trunk raised in the air is meant to be
a symbol of good fortune.

No visit to Sri Lanka is complete without visiting elephants, either at a Safari or an Elephant Orphanage. There is a big movement for elephant conservation, from the Department of Wildlife Conservation. In the Pinnawala Elephant Orphanage in Kegalle (77 kilometers from the capital of Colombo), injured elephants are treated and orphaned baby elephants cared for. Nearly 80 elephants live here and captive breeding is also going on. 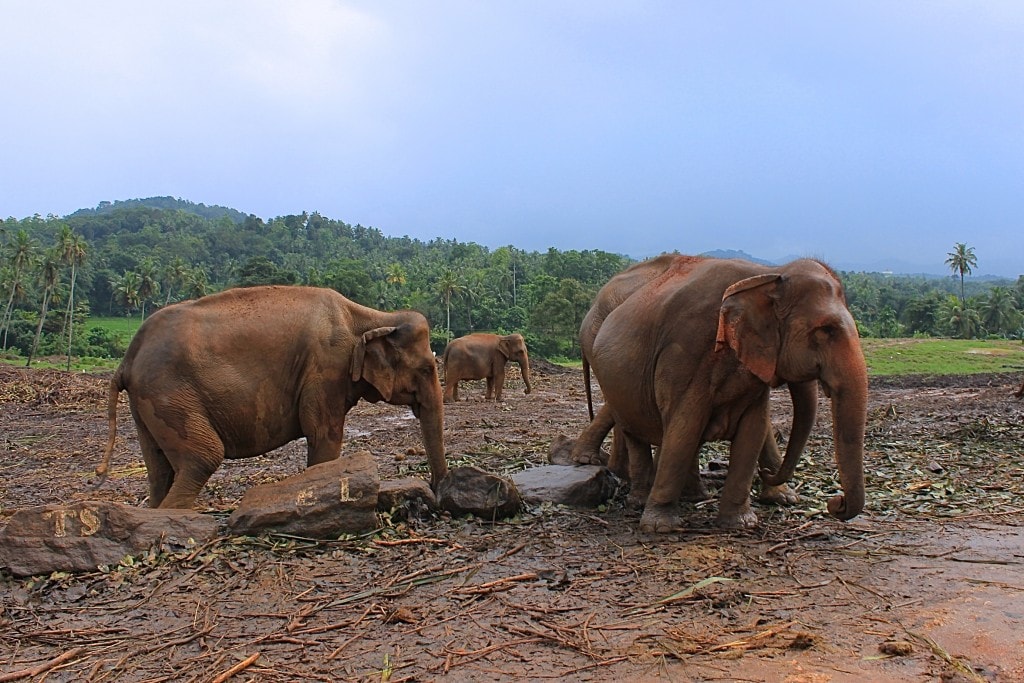 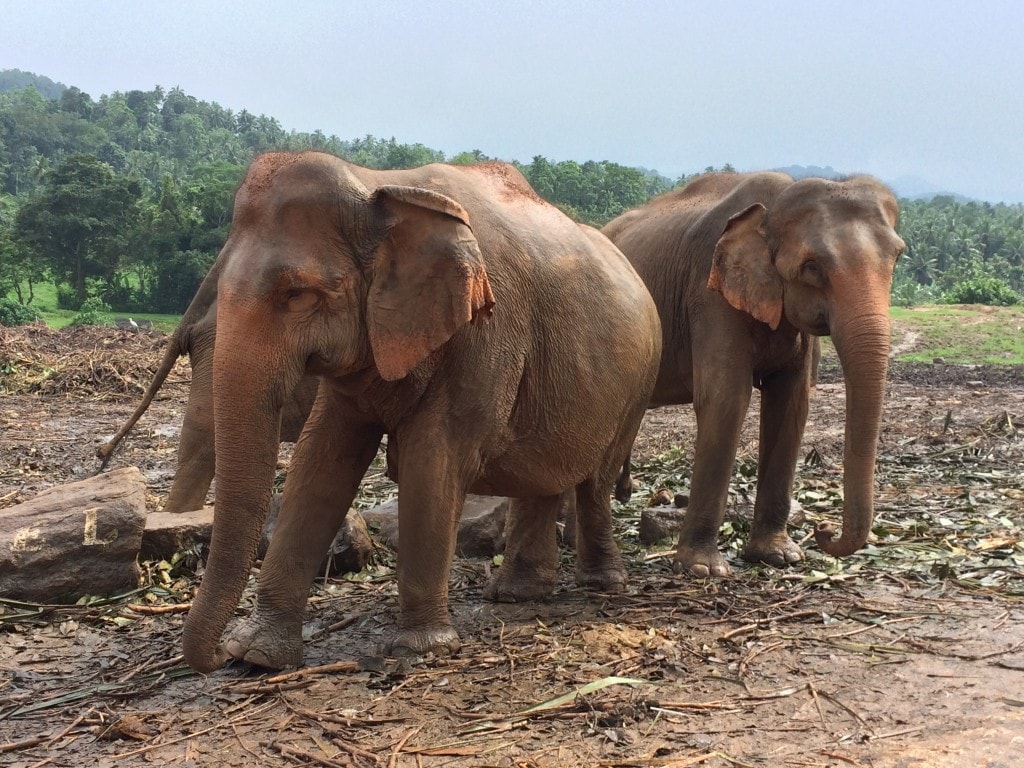 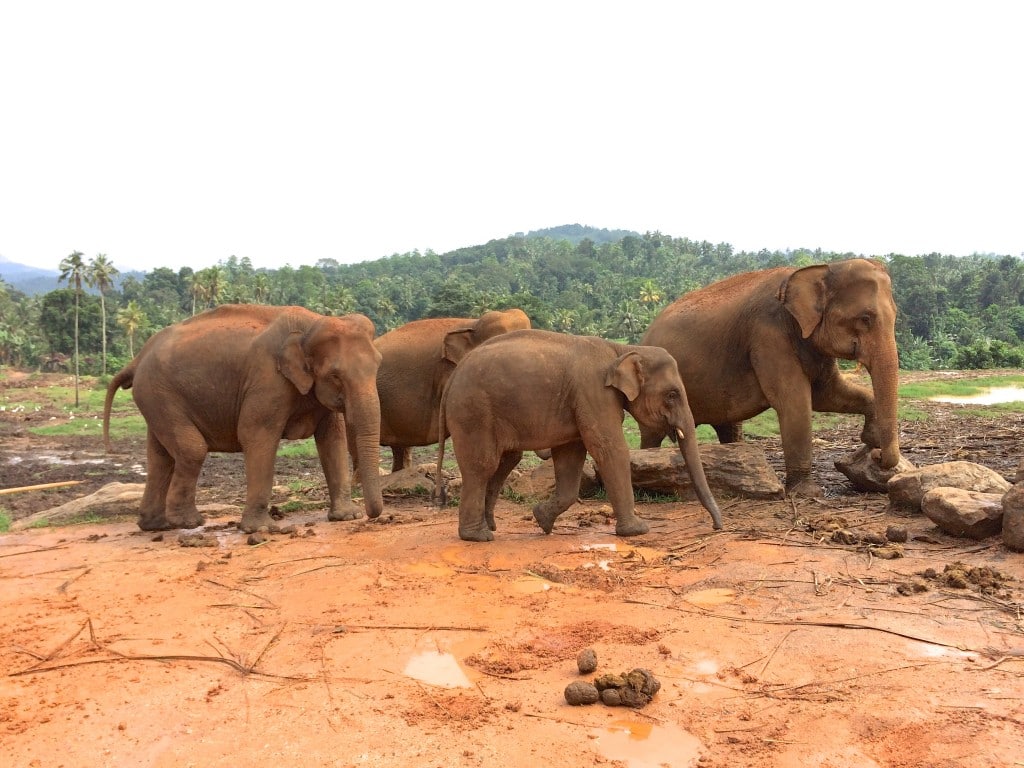 It is difficult to tell whether the elephants are in better hands at the orphanage than in a safari or national park, due to the nature of the tourism business. Many elephants are still chained up, although not in small spaces but rather a large plot of land. I couldn’t tell if they were chained for safety purposes from human contact or more so, for our petting zoo purpose. At least we know they have rescued orphans and nursed many back to health.

Pinnawala also offers elephant rides, but I wouldn’t recommend it as it is not good for the elephants. Imagine how many they have to carry on their backs per day! But if you just want a photo, I suppose it doesn’t hurt to hop on one for a few minutes. 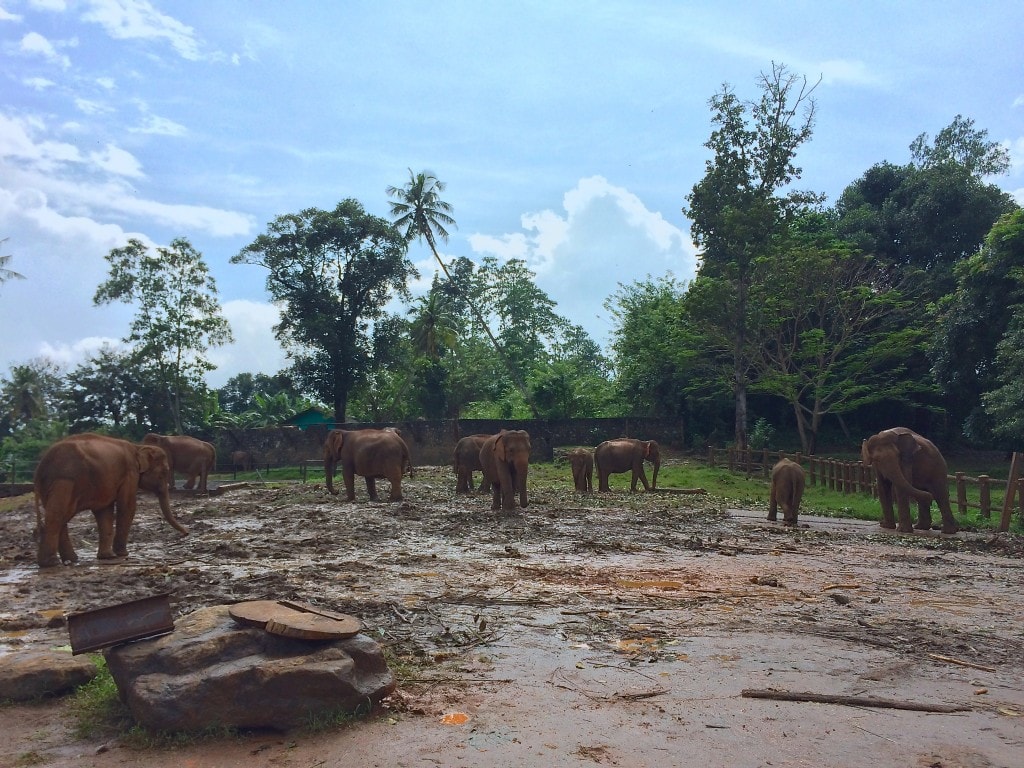 Other things to do at Pinnawala Orphanage is to feed the adorable baby elephants milk or to watch herds of elephants bathe in the river. Unfortunately the day we went was a bit rainy, so we had missed the bathing show.

The elephants are all nonetheless such beautiful animals and I hope they live long happy, peaceful lives.

Lokah Samastah Sukhino Bhavantu
May all beings in the World be Happy & Free.