It’s no secret that Los Angeles boasts the biggest and best Koreatown in the United States. Not only is there a rich Korean-American history to this area, but the Korean food there is as close to the authenticity you would find in Korea. Foodies and locals flock regularly to Koreatown for classic comfort food, with the most popular being Korean BBQ. Options range from cheap all-you-can-eat starting at $9.99 per person to high-quality premium meat for a lot more. The most popular meat to order is typically beef, but options also range from Pork Belly, Chicken, Seafood options and more at these restaurants. Recently, I had the chance to taste E!GHT KOREAN BBQ in Los Angeles which leads me to this mouth-watering post on what I vote as the best spot to fill your human belly with quality Korean Pork Belly in Los Angeles. 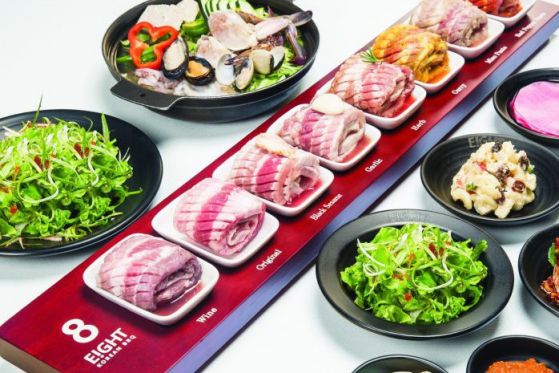 E!GHT KOREAN BBQ was opened and has been thriving since 2013 which has been showcased by various Chefs, food critics, popular magazine and restaurant shows. Being the most popular Pork Belly Restaurant in LA, they’ve really mastered and stayed keen on their respective niche. The vibe in the restaurant is young and hip with the fun servers all well-versed on the menus. E!ght Korean BBQ is a full service BBQ restaurant which means waiters are fully attentive to cook your meat to perfection. 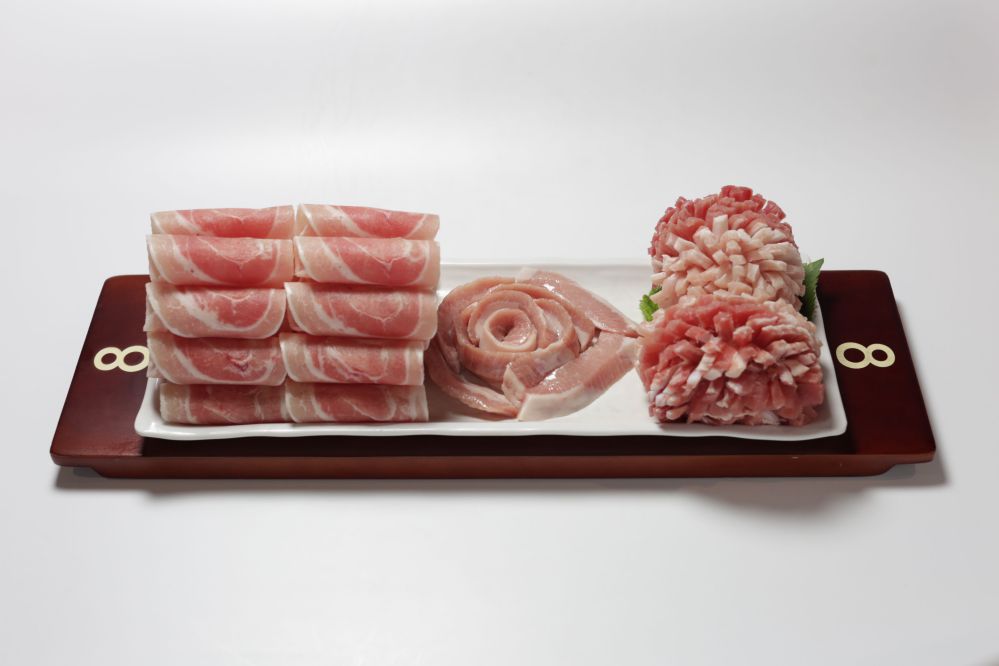 There are various combinations to choose from off the menu, depending on the size of your group, the appetite and the preference. The most common package is “Combo A” which is their signature combo: a tasting of Korean Bbq Pork Bellies in 8 different flavors. To name a few, they have miso paste, curry, spicy, and herb seasoning. Combo A is good for 3 hungry people which also includes Seafood Soybean Stew, Mozarella Fried Rice and a wide array of Ban-chans (small endless Korean appetizers). While the Pork Belly is their specialty, do try the Pork Jowl (the cheek of the pig) which is perhaps one of the juiciest, tenderest part of the pork. 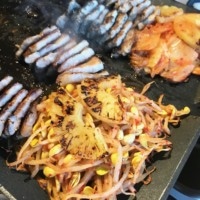 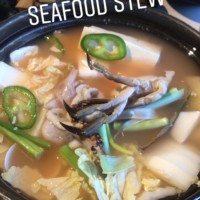 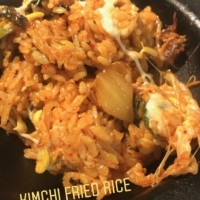 “Samgyeopsal — the name means three-layer pork, referring to the striations of meat and fat — comes from pedigreed pigs, specially bred black pigs at the very least. It is rich in vitamin B. To read some of the literature, you’d think you were taking yourself to a spa, not knocking back half a pound of lard.” – Jonathan Gold in LA Weekly.

Not into Pork? Their Beef is Great too! 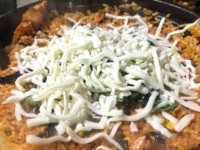 Like any other Korean restaurants, they serve Soju (Rice liquor) and Beer which accompanies perfectly with the meat.

Included in all the Combos are Kimchi stews. They also serve Soybean stew, Budae Jjigae (army stew), and Gamjatang. Try the noodle soup selections too. There is something for everyone, and for foodies like me, I like to eat it all!

E!GHT KOREAN BBQ was opened in 2013 and now has 4 locations:

Lunch Specials are available at a more affordable price (approximately $20/person) if you want to pop in with colleagues!