“Are the French Rude?” I was asked this question today at a Business Meeting when I mentioned I was in Paris in April. This is a huge common misconception. I’ve been asked time and again when I mention travels to France. I wondered this too myself before I had gone back to France since a decade ago. 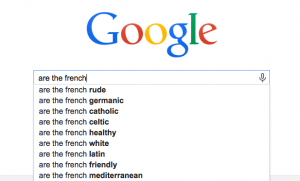 Well, What Does it Mean Exactly to be “Rude”?

The short answer to if the French are Rude, in my opinion, is No. But it is a more complicated discussion than a yes or no question. What is the definition of rude?

None of those definitions describe the people of France that I encountered there. Nor outside of France, and of all the French People I’ve met in the US or around the World. They are certainly courteous, polite and full of manners. They are undoubtedly, not as overtly friendly and cheerful as the stereotypical Americans though. While the typical American’s default facial expression is that of a big smile, the French go for more of a solemn look. It’s a matter of different cultures and their way of expression. And while that may mistaken outsiders as ‘rude’, I found it almost as a breath of fresh air.

Where did I find people actually “rude”? People on the streets of China, (but once you are friends with them, they are hands down the most hospitable people in the world) – but that’s a topic for another day. 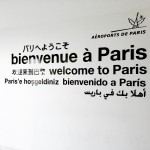 While we travel, we are always learning about other cultures, their traditions, their way of life, and why it is the way they are the way they are. We use this new found perspective to compare to our own country & culture. Sometimes we love their way of life and embrace it, bringing it home and incorporating it as part of our own. Other times, we decide it’s not our cup of tea. And some times, even if we try to adapt it, it is hard to do in our own country, so we embrace it while visiting that country and leave it there once we leave. I did though, want to bring back a dose of the French approach.

Being “Straight Forward” and a “No Bullshit” approach is more of a way in describing the French than “Rude”. They are very polite, always a “Bonjour, Ça va?” = “Hello, how goes your day?” They are extremely prideful, but don’t mistaken it for arrogance (ok maybe sometimes). Like everything, there are always extremes.

Americans are overly PC (Politically Correct), and when I say Overly, I mean OVERLY (and while we still have a lot to work on in America in terms of racism, there are so many other minor things that people waste time focused on being offended over). Outsiders see this, and those that’s traveled outside of this country will see that in anywhere else in the world, it is ok to discuss religion & politics over the table with family and friends, it is almost encouraged throughout Asia, Europe, Middle East, Australia, Africa and in South America (well, as long as the government is not censoring you). It is a way of bonding among friends, almost a sense of Patriotism to understand what is going on Politically, in your government and country. Aside from politics, any word, any action in America can be construed or configured into something ‘offensive’. Lately, I’ve been extremely sick of this. 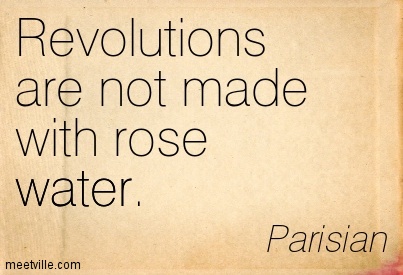 The same trip I took to France, I was in Israel. I saw the similarity of people in the two cultures. People spoke their mind. If it offended others, you deal with it and debate it intellectually. I admit there is a fine line between being blunt and offensive, and like everything else in life, that line was occasionally crossed. But that breath of fresh air was much appreciated by me, coming from overly PC America.

I was relieved for the time I spent there, not bothering to smile at everyone the walked by, not having to be extra polite or jovial, feeling insecure that other’s may find me “rude” or not “friendly” enough as it happens in the US. You go about your day, minding your own business, checking off your chores and enjoying the season reflected upon the flowers that bloom and the type of leaves that were falling. Smiling when you don’t mean it, to the French is being fake. And we don’t have time to be fake here as there are too many joys in life to enjoy.

But when you were in need of help for directions, they were always there to help. 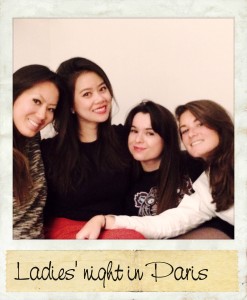 In making friends, it isn’t the fake “BFF xoxo” kind of behavior we often find here in the US where in one moment at a Hollywood party. Instantaneously we become best friends and are tagging each other on all social media platforms like we’ve known each other forever. Then follows the routine back & forth invites of “Let’s grab coffee soon” but never seem to get around doing so just because you live across each other from the 405.

Instead, it is a more gradual process, almost like how it use to be, or perhaps how it should be, in earning another’s trust. You meet someone, get to know one another, see if your wit and sense of humor align. See if you share the same hobbies and outlook on life, and gradually through time, a real friendship forms if it is meant to be. When you plan to meet for coffee, you will meet for coffee. Perhaps a little fashionably late.

Don’t get me wrong, it is very common to meet someone the day of, and be invited out for drinks and dinner with their group of friends, as shown in the photo above with my new friends in the Fashion Industry of Paris. The French are extremely hospitable.

Being a Tourist in France 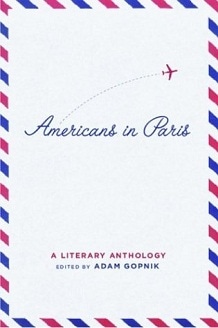 “Is it true that if you don’t speak French, they ignore you or are ruder?” I didn’t encounter that either. Some French don’t speak a lot of English as French is their every day language. You are afterall, in their country, so why not try to use some of their phrases?

The country also doesn’t need the tourism as much as countries like Thailand or Costa Rica. Sometimes when traveling, it is refreshing to visit countries that don’t care you are there. That eliminates the haggling, beggars and ripoffs. Same goes for Taiwan, which I think is the safest country in the world to visit. The Taiwan economy is doing fine, so no one on the street bothers to look at you or want anything from you. It is nice to be left alone.

Don’t expect a 5 star service at the restaurants or hotels. First off, the typical gratuity rate in Europe is 5-10% as they are subsidized higher in wages than the standard American Service Industry workers. Therefore, they don’t need to be overly nice to get more tips, as they are not expecting to anyways. Also, leaving you alone is a way of being polite. If you need something, you will waive them over.

This is similar in Korean restaurants where there is a button/bell at the end of the table for service. For many outsiders, this may seem rude to have a ‘call button’ for service, but when I asked my Korean friends, they said they don’t like to be bothered, and this way it worked better for them. That way the waitresses also don’t waste their time over-servicing you. Hmm, that’s a concept I like!

The French Take Their Time & Enjoy their Food

Parisians are use to dining for 2-3 hours so you won’t have waiters/waitresses pushing you out to get another crowd in. They value a good meal, fine wine, and quality time with their friends, even if it’s lunch time, even if it’s mid-week and there is work the next day (it is actually more common to meet on weekdays as weekends are for trips to your vacation home in south of France or neighboring countries!). 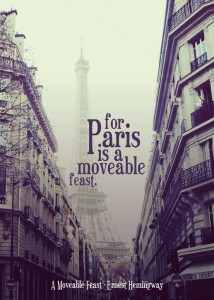 Taking time to eat is also their secret in not being overweight compared to Americans that rush their meal with 5 minute fast food or 45 minute power lunches. If you are in a rush, let your waiter know so that they can put in a rush, otherwise, your meal will come out slower than usual. Enjoy it.

At the end of the day, you meet friends for more wine and hor d’oeuvres, ending in expresso. Bisou Bisou. Wander down your cobblestone street and wish the world a good night. 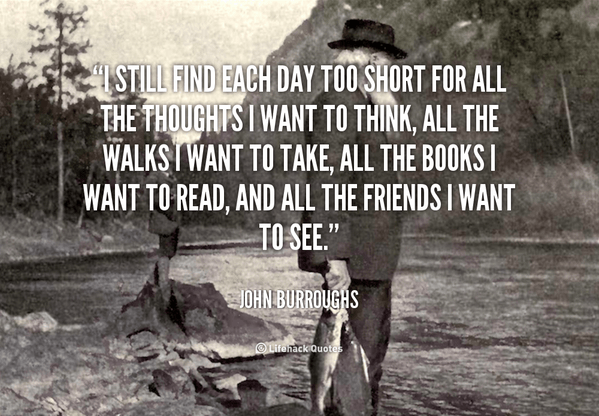 It seems the French VS American approach is an everlasting discussion. It may also seem that I am siding with the French, but there are many things I love about America too that the French may be lacking. My goal is to continually learn the positive aspects from other cultures and introduce it to my blog and incorporate the pro’s into my life.

1 thought on “Are the French Rude?”