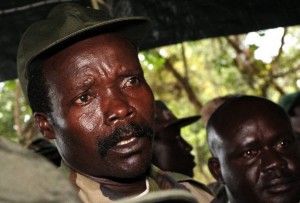 With every cause trying to do good in this world, are critics who are going to challenge and oppose it. After 50 million views of the Kony 2012 video in the past 4 days, are just as many cynics such as the most popular “Visible Children”.

The Complaints:
1)  Only 1/3 of the funds from Invisible Children is allocated to actual help on the grounds in Uganda. The remaining funds go to marketing/filming/awareness and paying their staff members.
My Response: If you personally choose to donate to a charity, do your research. The best is at Charity Navigator. If you prefer a Charity that has a higher percentage allocated to direct groundwork, then choose a different charity. But who is to say that this organization is RIGHT or WRONG for using more money in Marketing? Maybe the Awareness factor gets more donations than other charities to use for that 1/3 than if they didn’t. I think that Charities with a genuine intention to help is what matters most. As long as charities aren’t swindling money like the ‘3 cups of Tea‘ guy, people should stop criticizing how they choose to spend their money. If they don’t like it, then don’t participate. Very simple.

2) Kony has supposedly been inactive for 6 years and his only current crime is smuggling food. He’s also not in Uganda and in Congo or Sudan. So critics are saying that the US & Charity efforts should be to catch other Most Wanted Criminals.
My Response: Duh, there’s always “bigger & better things” that organizations COULD do. There’s also complaints that Oprah should be helping local children instead of building schools in Africa. Invisible Children and the filmmaker Jason Russell CHOSE to capture KONY. That’s their mission. So if people think that they should capture other criminals, they can start up their own organization to do so.

3) As Chris Blattman, a political scientist at Yale, writes on the topic of IC’s programming, “There’s also something inherently misleading, naive, maybe even dangerous, about the idea of rescuing children or saving of Africa. […] It hints uncomfortably of the White Man’s Burden. Worse, sometimes it does more than hint. The savior attitude is pervasive in advocacy, and it inevitably shapes programming. Usually misconceived programming.”
My Response: There’s something dangerous about the idea of rescuing children or saving of Africa??!? Yes, of course it is dangerous to send our military and volunteers for Peace. But without the braveness and risk of these good willed citizens, progress would not have happened in history. The “White Man’s Burden?” As an American, we were born among the wealthiest and safest country in the world. It is our duty to give back because we can. It’s selfish not to. There’s a difference with being an arrogant White Man, thinking that you’re above others because you’re a certain color. And if you’re going to be patronizing & ethnocentric, going into other countries to push your religion/ideologies because you think it’s superior. It’s another thing to know how lucky you are and to help any way you can, regardless of what color you are. I don’t think this campaign has to do with US going into Africa to help them solve their issues because they can’t do it themselves. They’re trying to capture a criminal (that would benefit innocent children and lives) and if the US has the sources to do so, why not? We were able to capture Bin Laden.

4) The KONY 2012 concept is too simplistic. Youtube, Facebook and Social media alone is not going to catch Kony.
My Response: No shit it won’t. But how much did social media help in the revolution in Egypt which spread throughout the Middle East in overthrowing horrible dictators? The filmmaker of Kony is creative & genius for maximizing the benefits of all the available Technology of today. Awareness is one step ahead of Apathy. I’ll admit that I never heard of Kony prior to this video. I’m one more person among millions that now know. And knowing and not doing anything about it is ignorance. 5$ donated is 5$ that was not there before. That times millions is a lot of money that could help. To use for marketing or direct work, leave it to the charity to decide.

5) Facts are exaggerated of how bad of a man Kony really is. There are claims that he’s abducted approximately 30,000 children to become child soldiers and sex slaves.
My Response: There’s also people who think the numbers claimed in the Holocaust and the Rape of Nanjing were exaggerated. We will never have an EXACT count of how many people were killed or abducted. Give or take a few thousand, crimes were committed and justice must be served. 1 innocent life killed deserves the punishment of that killer. Someone making a documentary or film will creatively do what they need to do to get the audience’s attention. Propaganda or not, the underlying message is one of good intention.

6) The US Government should not get involved. They should spend their money on other things.
My Response: Sure, the US policies have their flaws. They could spend more money in bettering Health Care & Education. They could spend less money on war for the only selfish intention of Oil. But it is a duty of a Hyperpower country to aid helpless innocent lives elsewhere if we can for the pure intention of World Peace and not just Oil or Power.