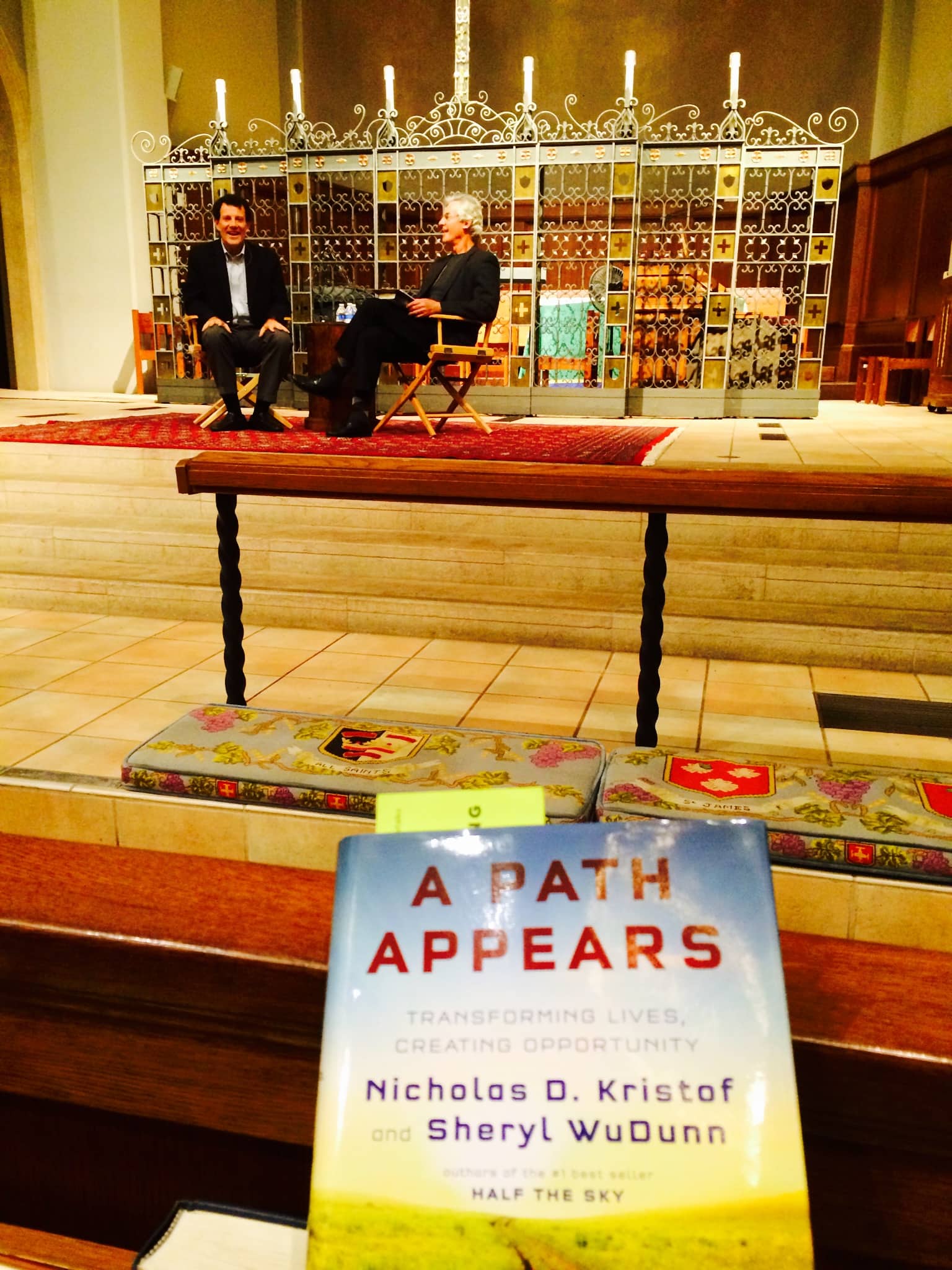 I had the privilege and honor to see Nicholas Kristof, an award-winning NY Times Journalist, #1 Bestseller of “Half The Sky“ book & Documentary, yesterday at the All Saints Church in Beverly Hills. This was an event hosted by LiveTalksLA where he introduced his new book, “A Path Appears“.

I have followed Nicholas Kristof on Social Media (Facebook/Twitter) since the inception of Half the Sky. What’s even more exciting is that the documentary features 6 charities, which includes the non-profit I’m most involved with, “Room to Read“, with Gabrielle Union as it’s the ambassador in Vietnam.

10 Things I Learned from Nicholas Kristof 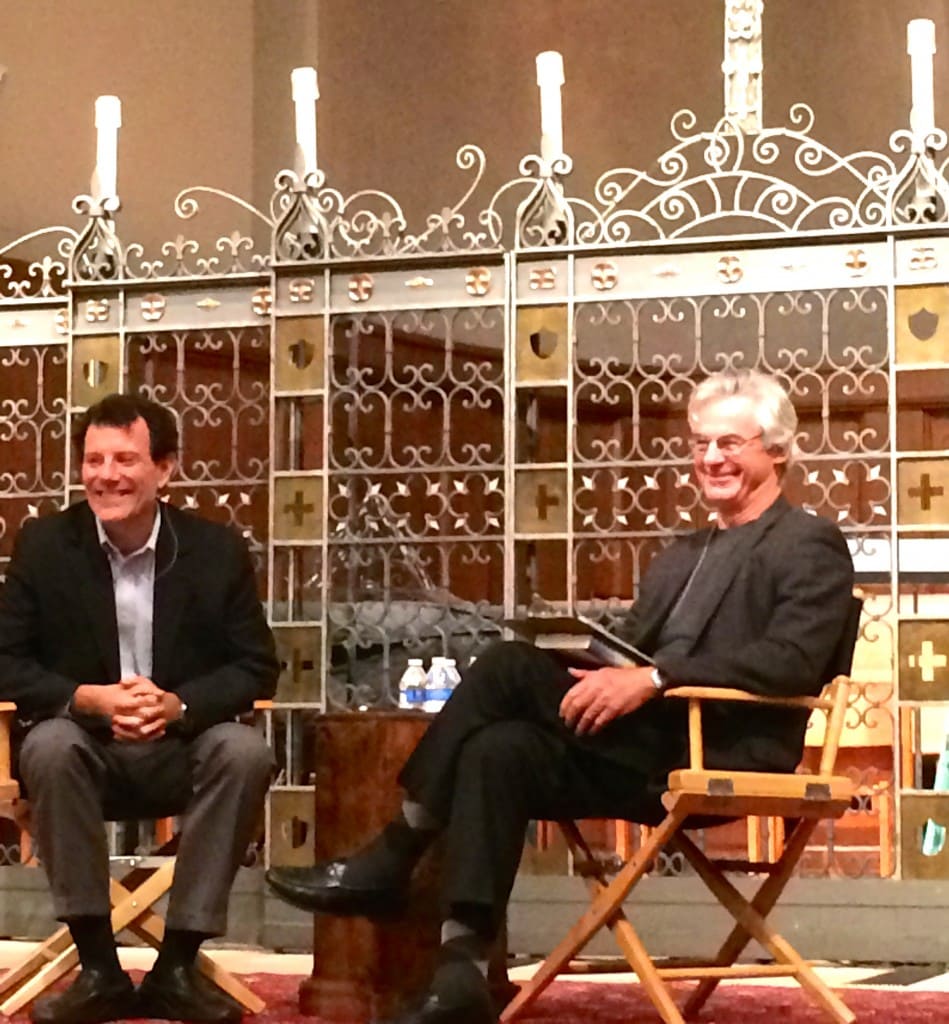 1. ANYONE can make a difference and help.
You don’t have to be a millionaire to donate money or help others. For example, many kids in developing countries have intestinal worms, which leads them to be sick, anemic and away from school. It takes approx. $350/year to send a child to school, while it only takes $3.50 to de-worm a child, giving them a chance to live a healthier long life. Now the child can attend school and potentially a better job in the future, helping the overall economy. It all loops around as we are ALL connected.

Example: Women in Bangladesh & Oman have higher education rates which have resulted in better economies than Pakistan & Yemen.

3. When choosing a charity, do your research.
Some ideas are brilliant, but when their efficiency is tested, it may not be proven to be work as much as they had hoped. There are various factors, such as the effectiveness and organization of the founder. Or the execution in the work.

Example: A group installed stoves in Indian villages so that women would have less pollution in their lungs. They tested out 2 villages a year later. One with the stove, one without, and learned that it didn’t make much of a difference in their lungs. Also, the maintenance of stoves wasn’t sustaining itself.

4. There’s so much tragedy in the world. Instead of feeling helpless, feel hopeful.

“Witnessing the world’s troubles isn’t depressing but inspiring. Because crises bring out the innate helpfulness in people, and side by side with the worst of humanity, you see the best.”

5. The local news is driven by ratings.

We all know that. It’s unfortunate what people prefer to focus their attention and free time on. Statistics show that in America, there’s a much higher rating when you have Democrats & Republicans in a room screaming at each other, then when you put on world new. The reason we haven’t heard much about Ebola until recently is because a few Americans had contracted it while in Africa. Ebola’s first outbreak was in Sudan in 1976 which killed 176 people to date, approximately 2000 people. But 1 person arrives in the U.S. with Ebola & the nation is freaks out.

Thousands of other diseases have existed for a long time. People are dying from it every day, yet how much do we know about it? Out of sight, out of mind. There’s a major lack of world insight for a country that has so many resources. It’s a solemn apathy that many Americans hold for those less fortunate as us.

Example: Reality shows about Rich Armenian girls with big butts & a family in the South called “Honey Boo Boo” have higher ratings than the news of Children in an African Village raising money to send to American Kids in Oregon.

6. Studies show through brain scans, that people get more Joy in Giving than receiving.
The Emotion of Happiness is as high as sex & fine Food. With this now known statistic, I ask you: Who doesn’t want more ecstasy in their lives!? Elders who volunteer tend to live longer than those who don’t. The more we have to look forward to, the more we help others, the happier we are.

7. When wealthier people were tested on their emotions when seeing images of poor people, they lacked more empathy than middle-class or lower-class individuals. Many wealthy people tend to think that poor people deserve to be poor. A common thought is that since they were able to get rich, why can’t the others?

8. When asked about the Ice Bucket Challenge, Nick replies that he supports anything that will make an Impact & Awareness. Since we can’t rely on the media or journalists to cover it, we can rely on individuals through Social Media & their network of people.

9. Building Schools is more effective than dropping Bombs.
The US has spent billions of dollars on military weapons, sending soldiers abroad who legally are not allowed to even consume alcohol at the age of 18. Yet they are allowed to fight and risk their lives with many innocent lives killed along the way. How about educating children instead? It is estimated that the cost of supporting 1 soldier for 1 year is the equivalent of building 20 schools in Afghanistan.

10. His wife/co-author, Sheryl WuDunn, is usually right. October 8, 2014 marked their 26th Wedding Anniversary. Yep, you’ve got it down! 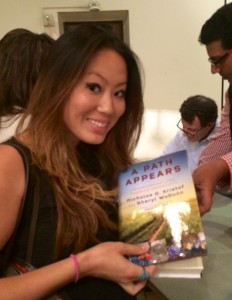 I look forward to reading Nicholas Kristof’s new book “A Path Appears: Transforming Lives Creating Opportunity“ during my visit to Laos this Monday for a Room to Read Leadership Trek. The book is about proven ways that individuals can make a difference.

“Hope is like a path in the countryside. Originally, there is nothing – but as people walk this way again and again, a path appears.”
– Lu Xun, Chinese Essayist, 1921