Lebanon is a mecca for foodies. The Lebanese Cuisine is, in itself, worth a flight over for days of gluttonous consumption.

In case you cannot travel there this week,
here is a list of traditional dishes to try at your local Lebanese Restaurant. 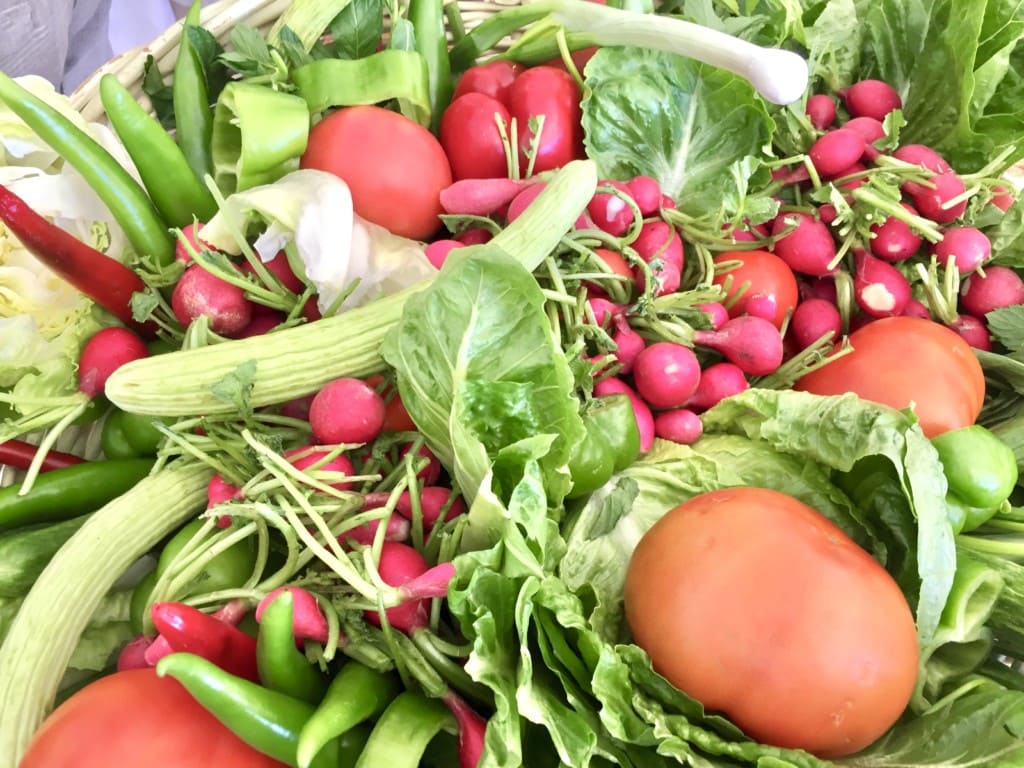 A variety of Vegetables make up half of Lebanese (Arabic & Mediterranean) cuisine. The Mediterranean diet helps keep the population living long, healthy lives. Hence the cuisine is Vegetarian Friendly for travelers that prefer a plant-based diet. But for those that love meat, there are plenty to go around as well in the various techniques they prepare and grill. 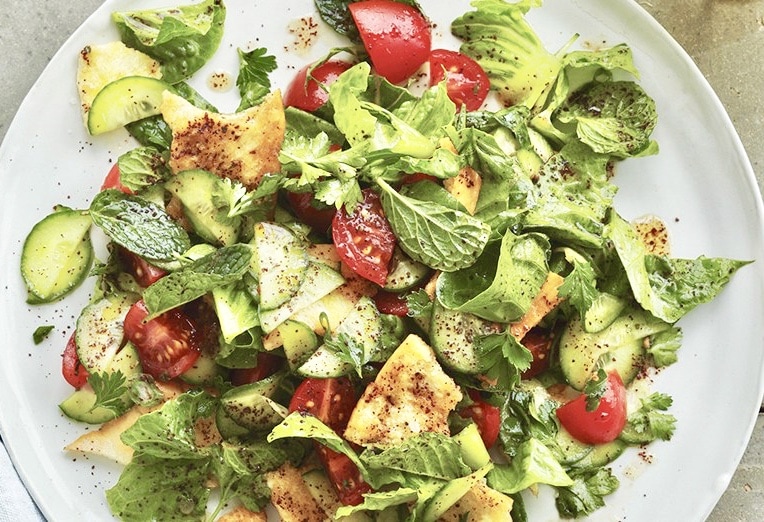 The most popular salad side is Tabbouleh, which is ultra healthy, made of Parsley, Tomatoes, Bulgar, Onions, Lime Juice, Red Wine Vinegar and Olive Oil. 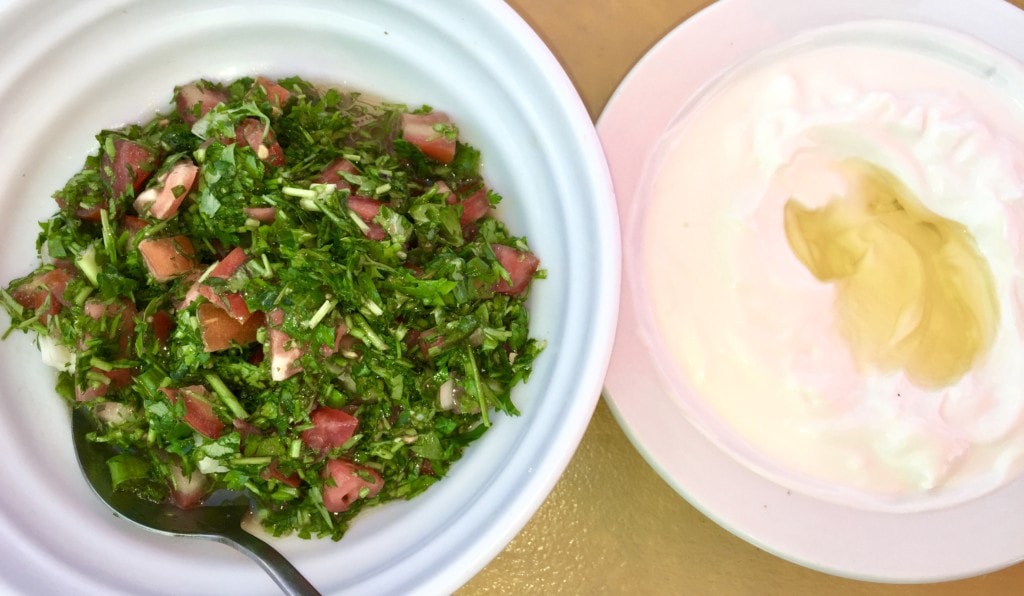 Hummus is a blend of Chickpeas, Tahini, Garlic, Olive Oil, Lemon and Spices. Every country, region, and even household makes it different which makes for a friendly competition of who’s Hummus is the best. I suggest you taste your way around Lebanon for your favorite Hummus Dish!

A similar dish to Hummus but made with Roasted Eggplant instead of Chickpeas, sometimes served with Pomegranate specs on top. 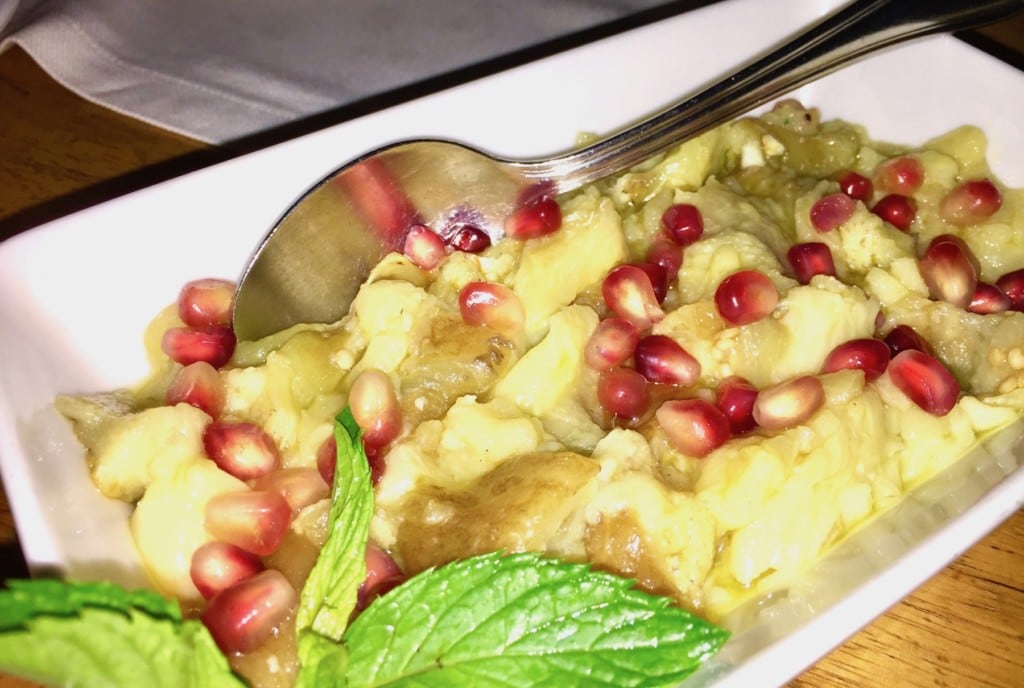 One of the most popular sides of Middle-Eastern cuisine are Falafels, made with chickpeas, chickpea flour, parsley, onions, coriander, formed into a small patty or ball-shape and then deep-fried or baked. Best dipped with Hummus or Baba Ghanoush. 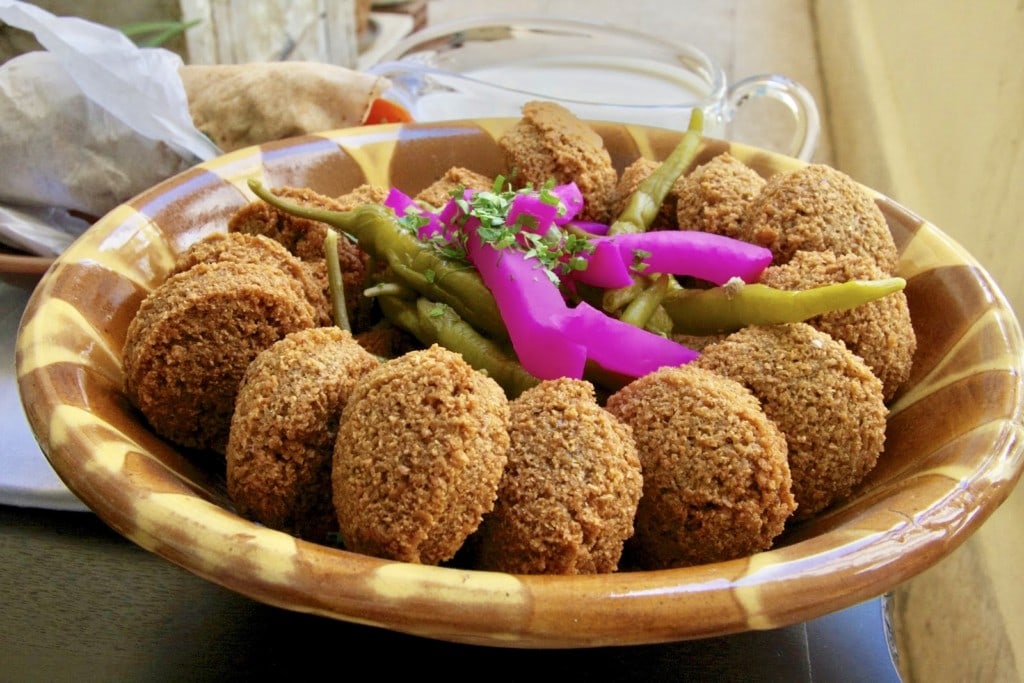 Wherever you go in Lebanon, a side of fresh, roasted nuts will always be served: at the bar, at a restaurant, at someone’s home. It’s a healthy snack that promotes elevated brain function and provides rich vitamins & nutrients. 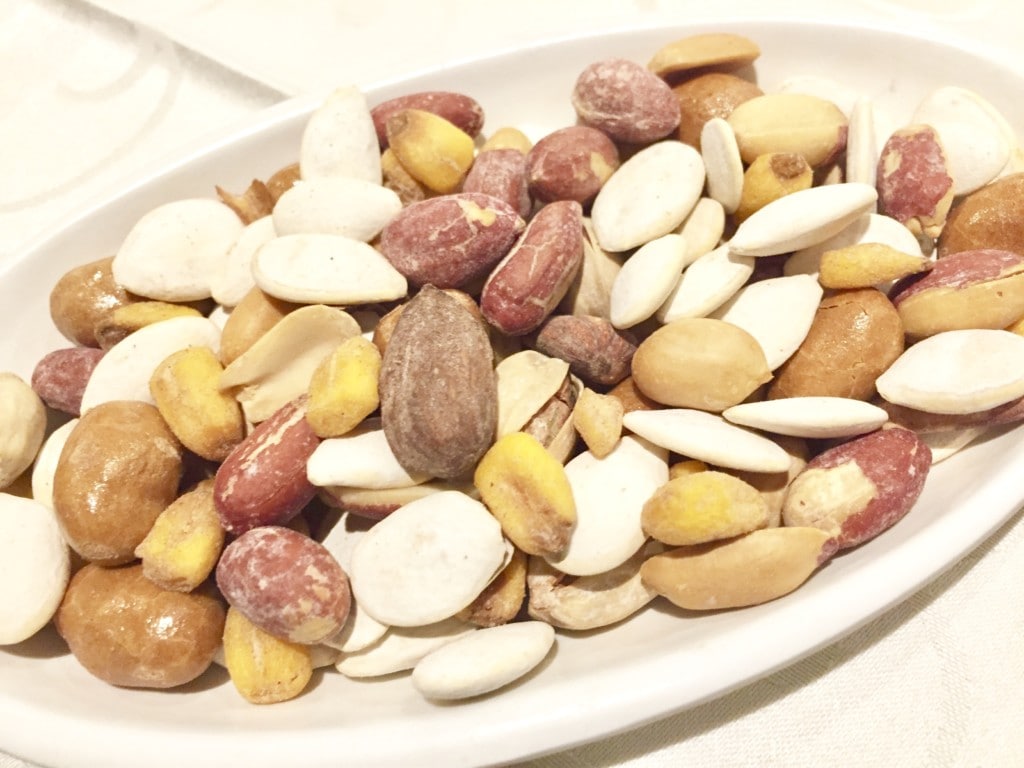 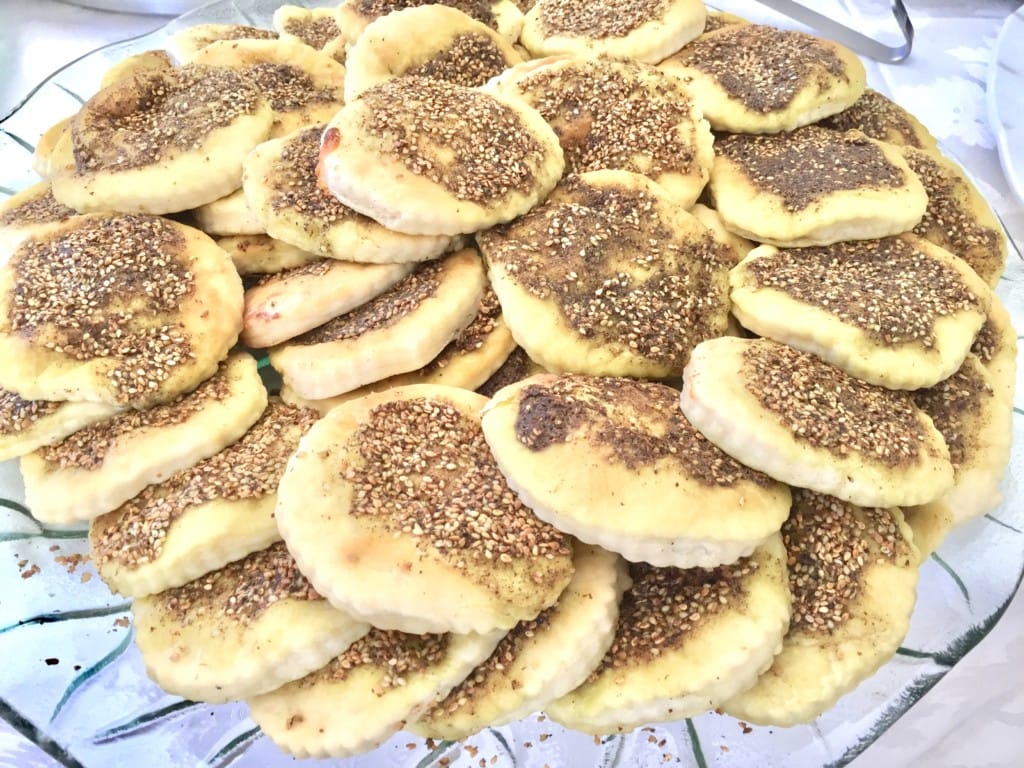 “Za’atar” refers to a thyme grown in the wilderness of Lebanon and the parts of the Middle-East. It is hands down the most popularly used condiment in Lebanese cuisine. The ‘Za’atar spice’ is commonly made with Oregano, Majoram, often mixed with Sesame Seeds, Salt and Sumac. Mixture of Za’atar brushed onto fresh dough with Olive Oil creates this beautiful pizza or flatbread.

Manakeesh or “Pizza” is made with a variety of toppings as in American or Italian Pizzas. Cheese, Vegetarian, Tomato based or Meat Manakeesh are options to try.

A Levantine Mezze, “Kibbeh Nayyeh” is the meat tartare of Lebanese Cuisine. Made with minced raw beef or lamb + Bulgar (salt, pepper, cinnamon, cayenne pepper), typically served with mint leaves, onions and a side of Labneh (garlicy yogurt dip). 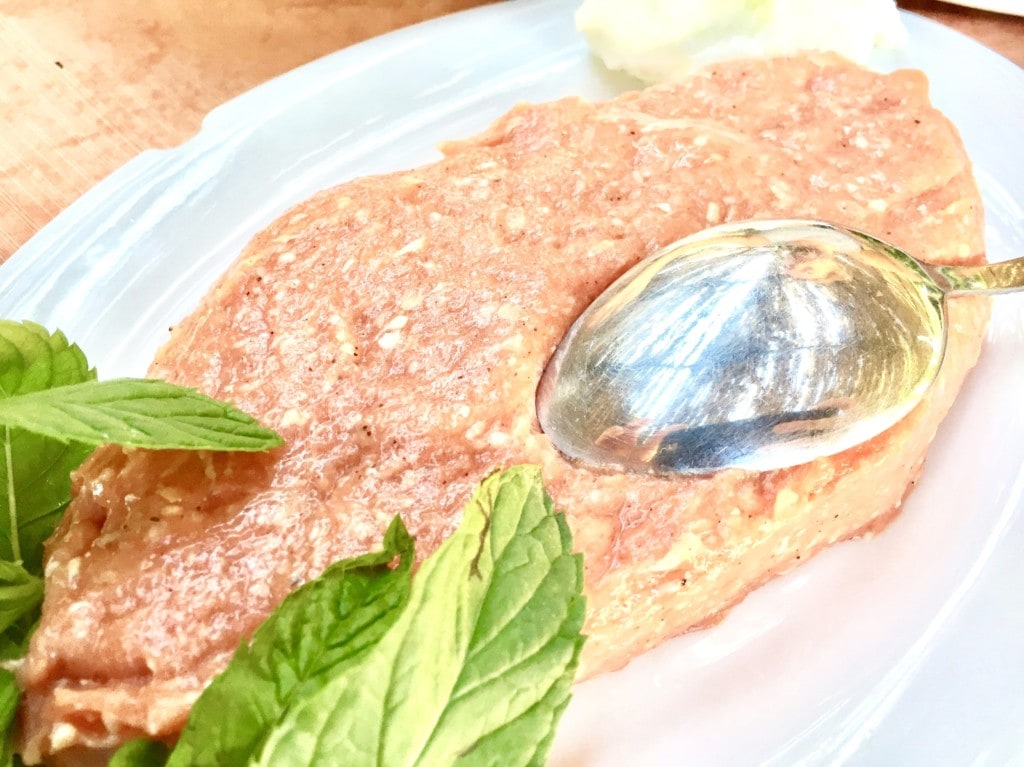 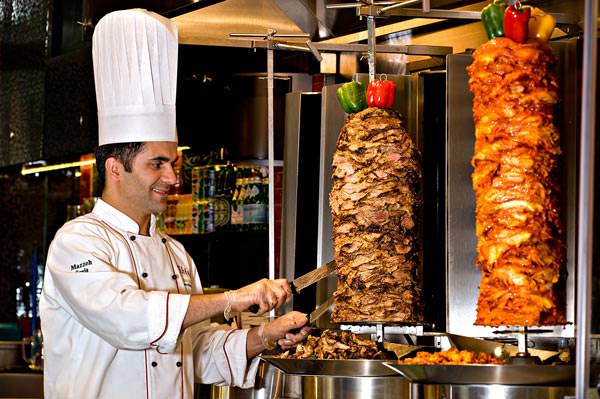 Shawarma is Lamb, Chicken or Beef meat placed on a “Spit” or ‘spinning grill’. Cooked for hours and then shaved off onto a plate or into a Pita Wrap. 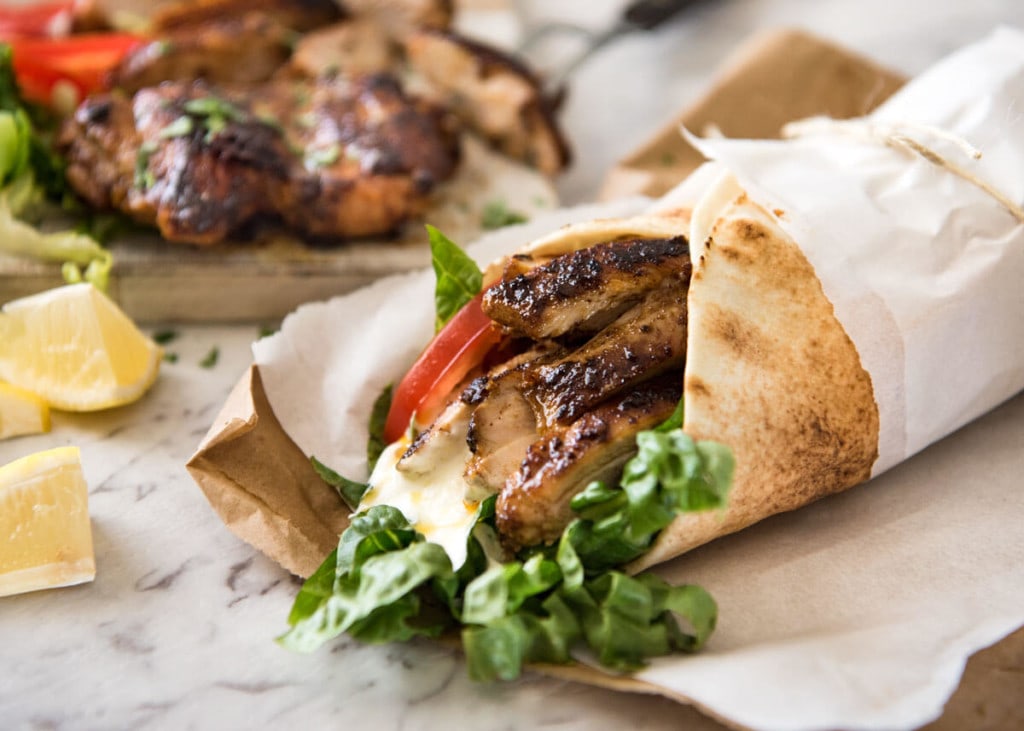 “Kefte Kebab” is a ground beef or lamb patty similar to a kebab or burger patty depending on the shape, grilled over fire and served over rice and salad. 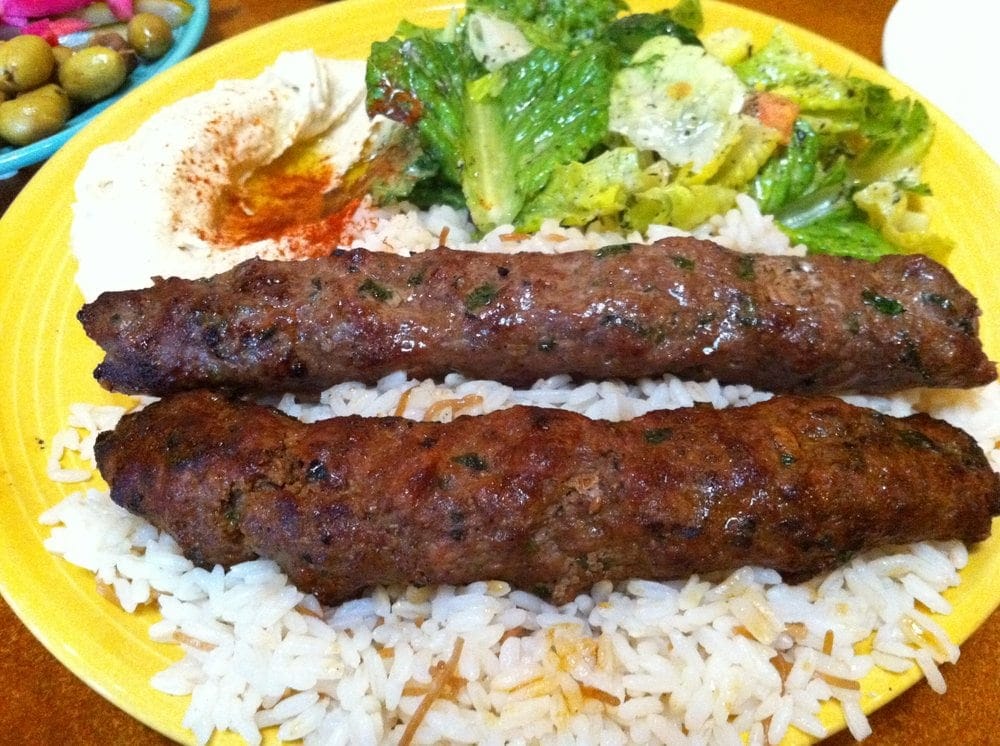 For those in the Southern California area, I recommend Sunnin Lebanese Cafe in Westwood or Zaytoon off State Street in Santa Barbara.