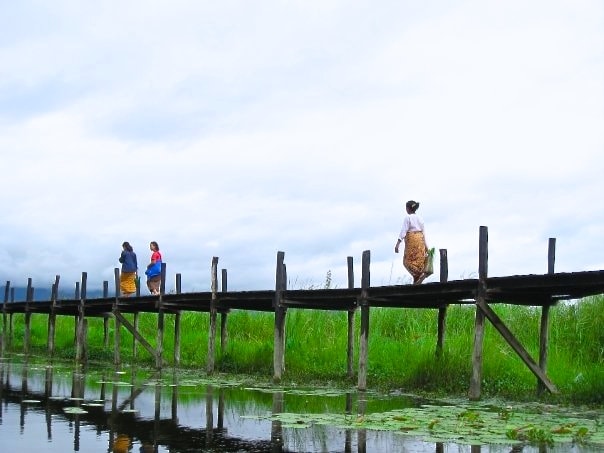 I made my first visit to Burma (aka Myanmar) in the summer of 2009, on a 1 month backpacking trip through Southeast Asia. That was 3 years before the country had opened to the world as it was under 60 years of Military (basically Dictator) Rule. Sanctions were lifted in 2012 with Foreign Investments, Trade, Development Aid and Travel accessible. I went back in early 2012 and my third time in January 2018. While tourism has noticeably made a presence, the essence of Burma is still as beautiful as ever. I have complied some highlights on the Best Cities to Visit in Myanmar.

Prior to 1962, Burma was among the wealthiest country in Southeast Asia, rich in resources such as Jade, Gems, Oil, Industrial Minerals, and offshore Natural Gas. For the past 6 decades, the country has fallen among the lowest in Human Development Index and a constant violation with the United Nations & Human rights watch. With the recent election this week and Aung San Suu Kyi’s party National League of Democracy in the lead, we are all hoping for a much better future for the people of Burma.

When people ask where they should visit in Southeast Asia, it is difficult to name 1 place as every country has it’s own beauty, culture, culinary specialties and people. Within each country are so many cities, and villages that one can easily spend weeks, months or even years in. But I have always expressed time and again that my #1 favorite place in Southeast Asia is Myanmar.

To clear the confusion in the name, the dominating Military government changed the name officially to “Myanmar” in 1989, in which it still stands today, but majority of the citizens still recognize their home country as “Burma”, which is why the name is used interchangeably.

Burma is a country with more than 100 ethnic groups. It borders China, India, Bangladesh, Laos & Thailand, with a recorded population of approximately 50 million people.

For starters, having been away from the tourist trap for so many years (contrasting from a place like Thailand), the people are a lot more open, honest & authentic in your encounters with them. Granted, times are changing with tourism becoming a huge boost in their economy, the tricks & antics from vendors & beggar children are slowly following (unfortunately), but still way behind the neighboring countries.

Burma, being mainly Buddhist (followed with Hinduism & Islam), has altogether a peaceful aura, as far as every day people go. Their political issues are another story, but as a traveler, you will rarely encounter this unless there is a protest going on.

It seems that when you are Traveling through the country, 1/4 males you see are monks. That is because many families send their sons to the monastery for free education. It is not a life-long commitment, as you can go for as little as a week or for life if you choose.

The landscape ranges from Mountains, to Beaches, to Lakes with Buddhist Pagodas surrounding the country. The best way to travel is to either hire a driver for a few days (at a daily rate), take a bus, or to take domestic flights between major cities. While I always plan a rough itinerary for my Travels, I prefer to leave room for flexibility. You can book your transportation once you arrive at the country so that if you want to stay longer at one place, you have the option to.

Where to Travel in Myanmar 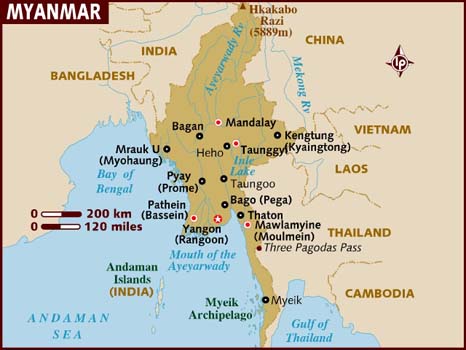 Inle Lake
My favorite part of Burma. A lake 13.5 miles long & 7 miles wide, nestled along the Shan Mountain on the Central East side of Burma, bordering Thailand. Sleepier village for a 2-4 day visit to relax in a Guesthouse (I recommend Gypsy Inn). 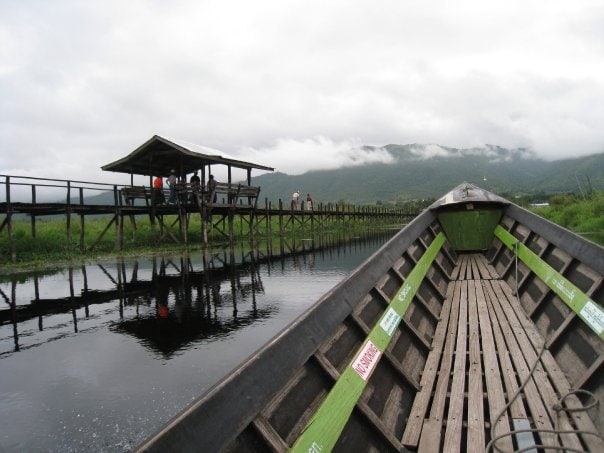 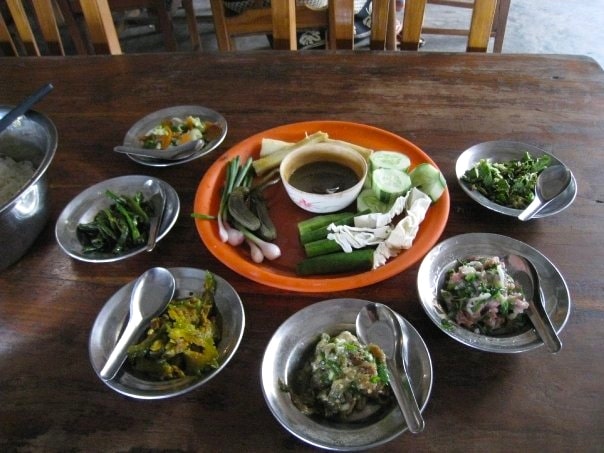 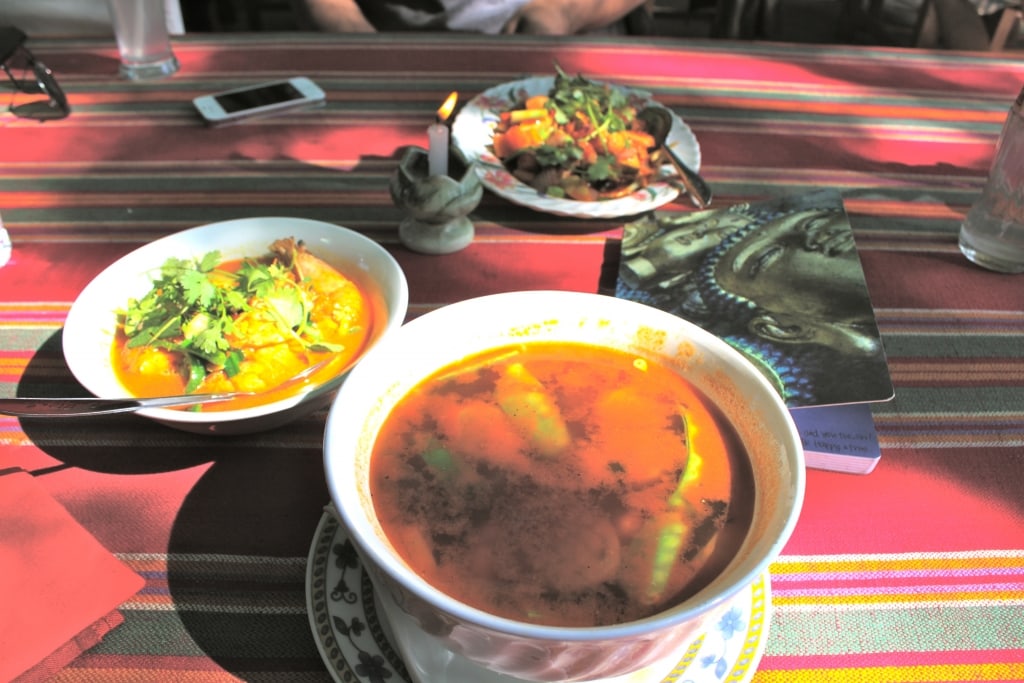 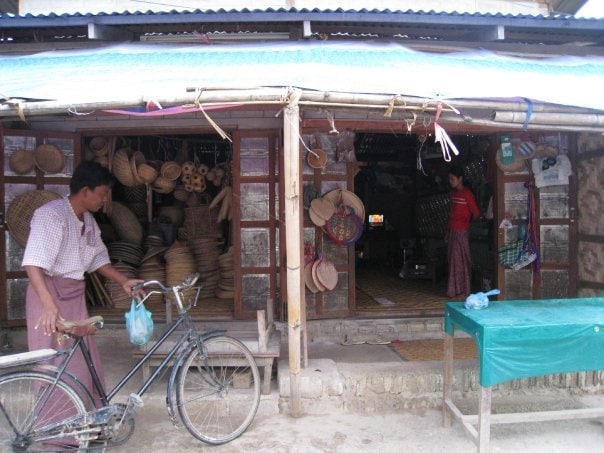 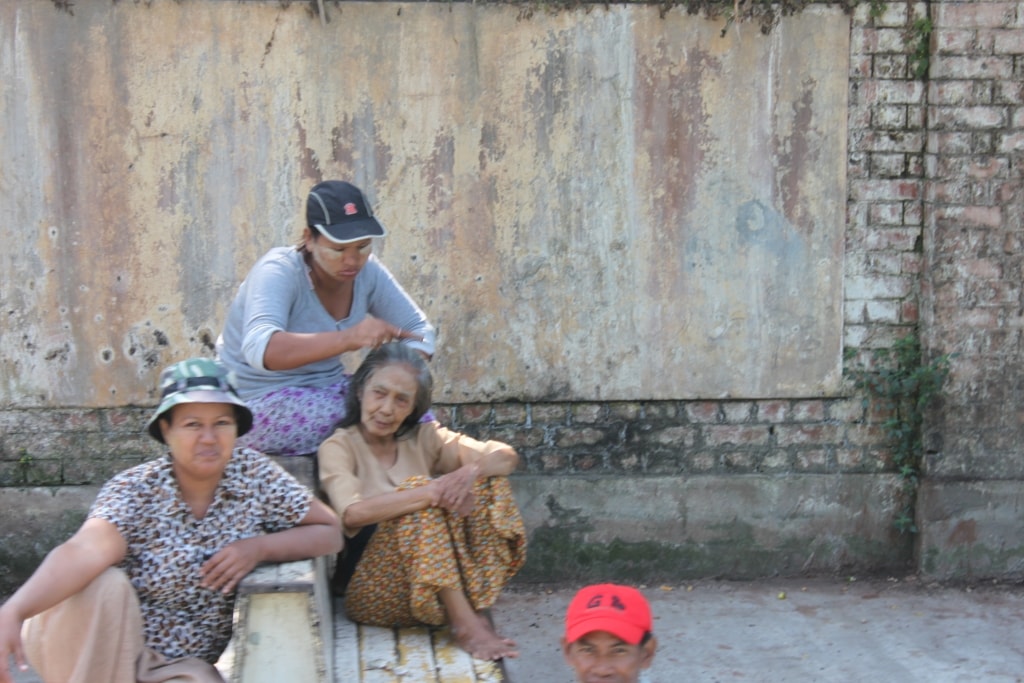 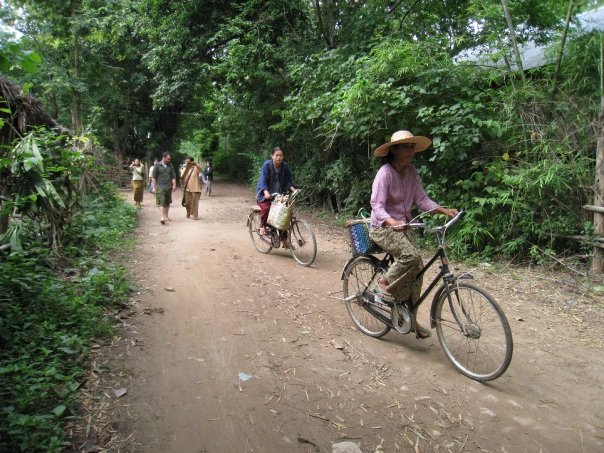 Bagan
4000 sacred Stupas & Pagodas scattered throughout the plain of Bagan, mostly built in the 13th century. No two stupas are ever the same even if it seems like it from afar. 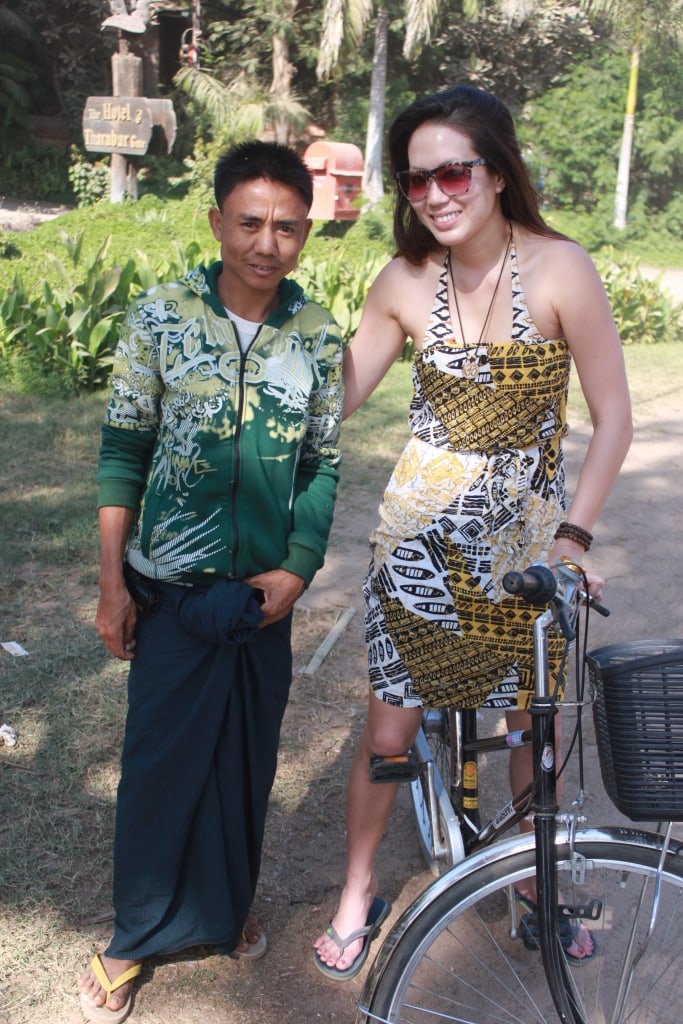 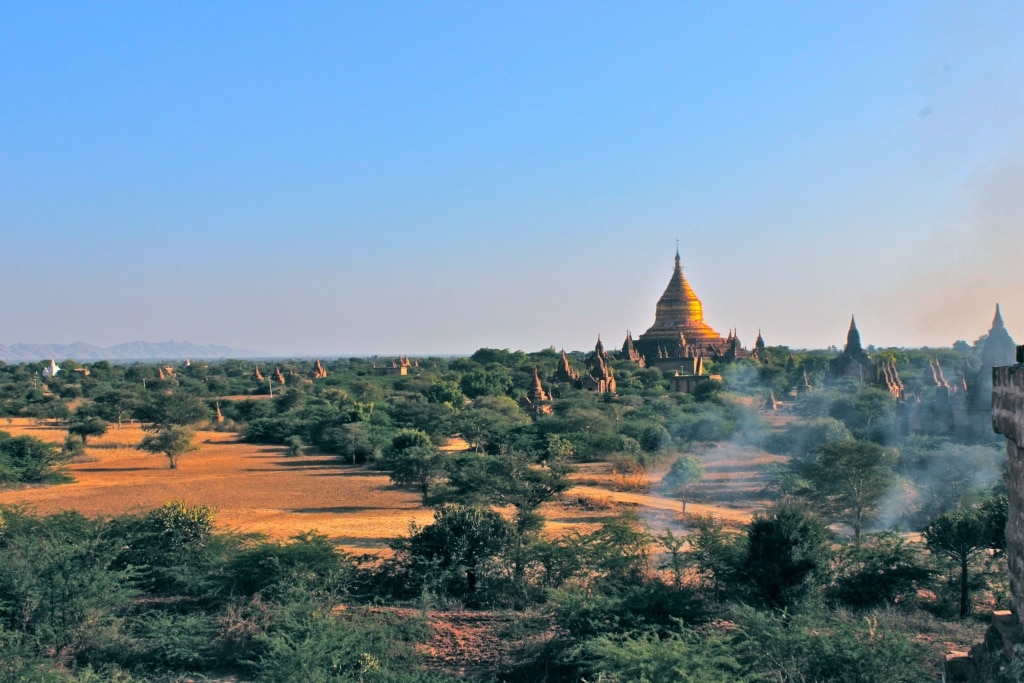 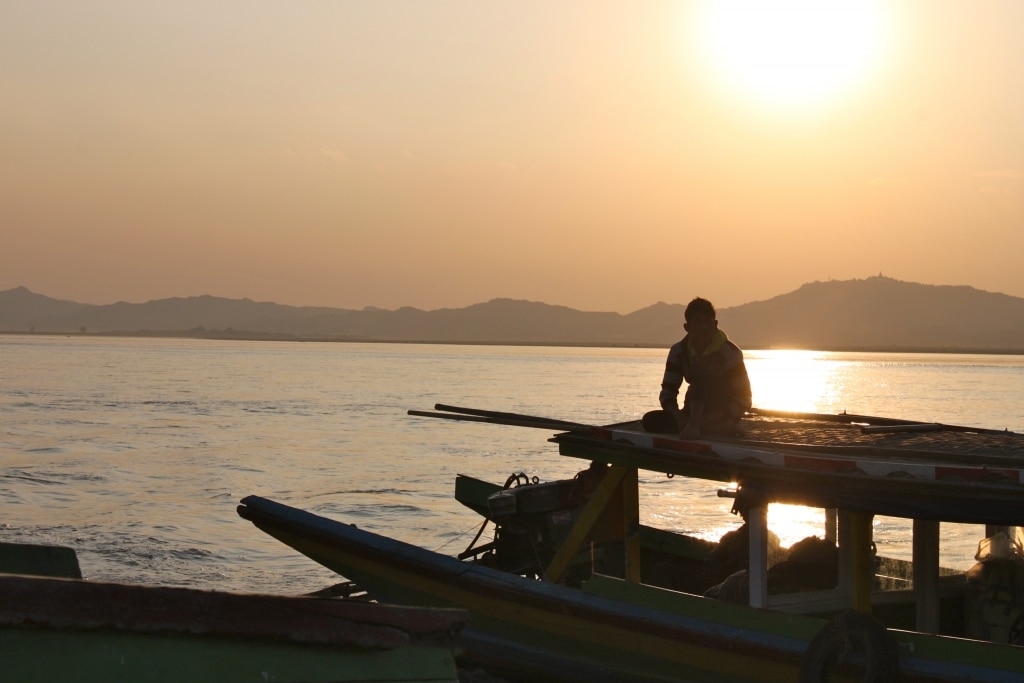 Believe it or not, this is the real “Mandalay Bay”, not the one you may have visited in Las Vegas for $120/night. One of Rudyard Kipling’s favorite places, as he wrote about in his famous poem The Road to Mandalay. While Mandalay was Burma’s former capital until 1885, it can still be considered ‘Culture Capital’. It is a major city to fly in & out from, and although a busy city, you will not fill overwhelmed like other SE Asia’s busy city. 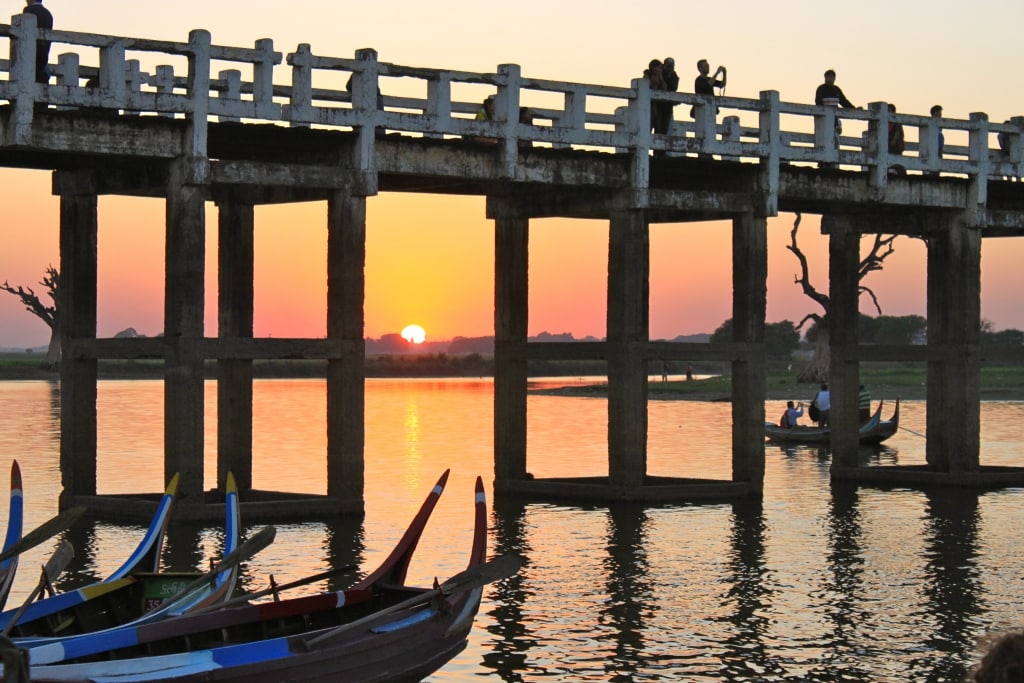 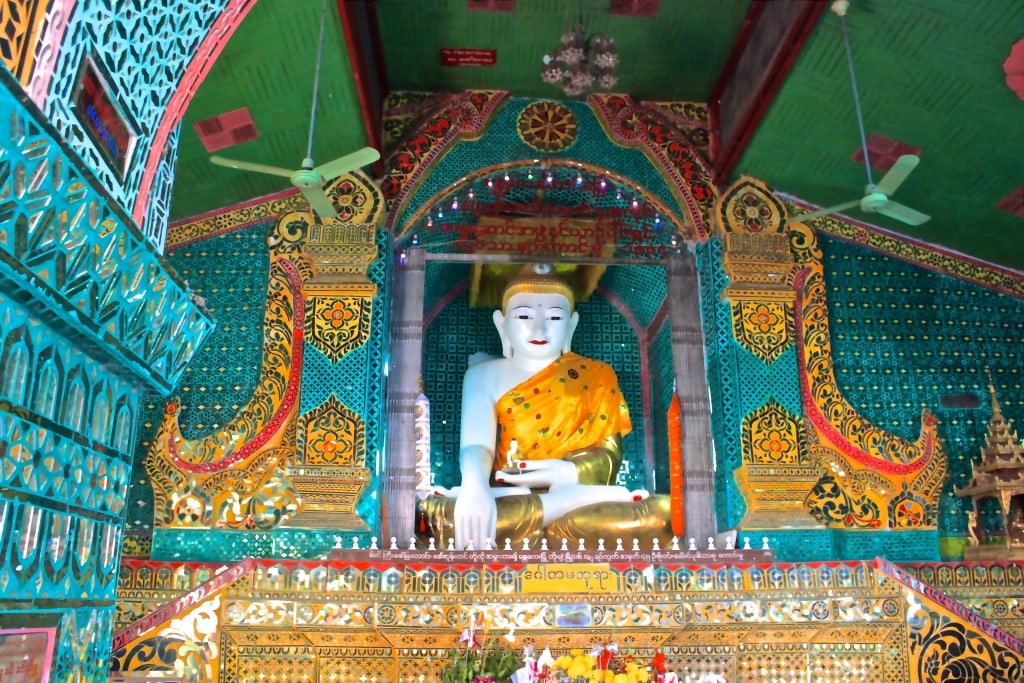 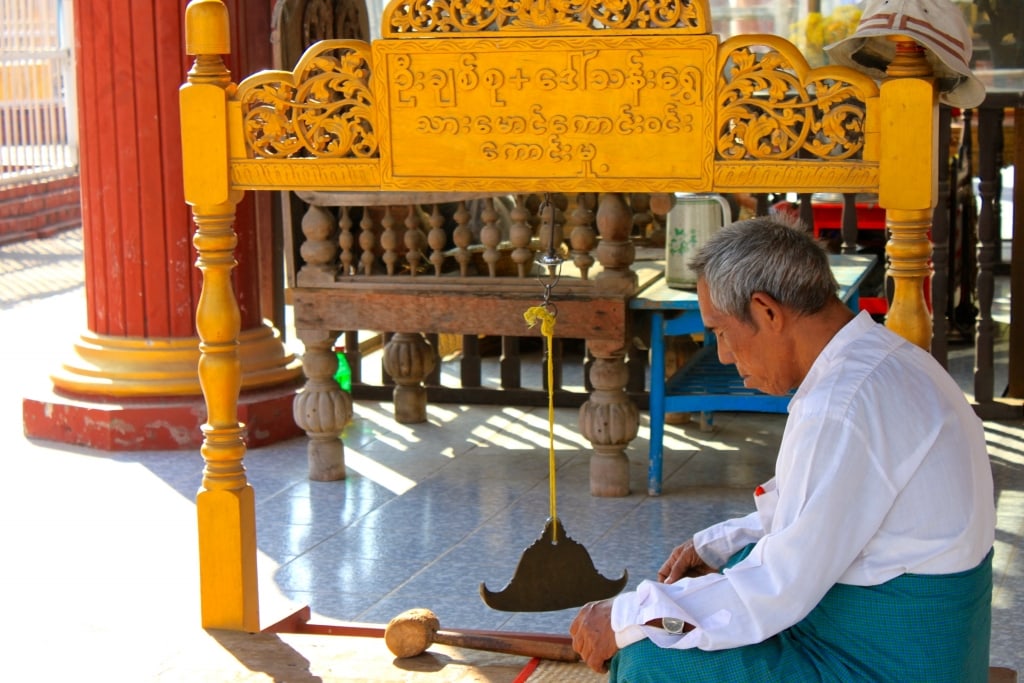 Formerly known as Rangoon, was Burma’s capital until 2005. Flights may be cheapest to fly into here. While it’s a big city, the pace of life is still relatively slow. A walking city, to explore various neighborhoods on foot. 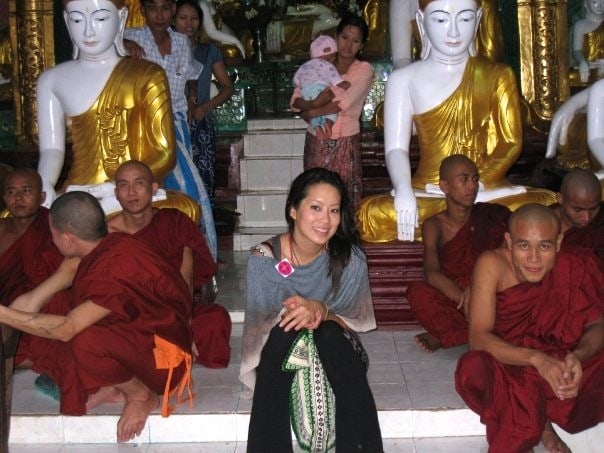