The Gang Rape & Murder of Jyoti Singh, a 23 year old medical student in New Delhi, has been made into a documentary featured on PBS “India’s Daughter“. This documentary has been banned in India, as the government fears it will prompt “unrest” of rape culture in India. I have been asking for years, why does so much rape happen in India?

I also ask why there are so many shootings by white males in the US. There has to be a root to this, as there cannot be so many coincidences.

Though statistics show rape & sexual assaults happen virtually everywhere in the world, including the US, UK, Australia, etc, it does seem that in some countries such as India & in the Middle East, that it oftentimes goes beyond rape, as we hear of brutal violence such as acid throwing and criminal cases going dismissed or ignored completely. 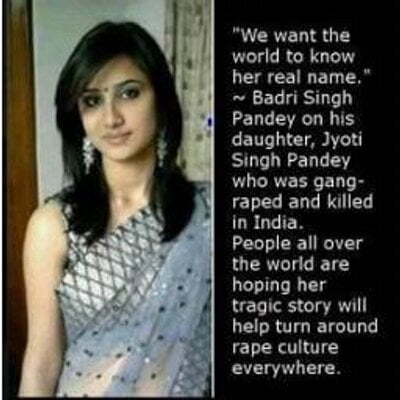 The Fate of Many Girls from Poor Families

Jyoti Singh’s family is very poor. Typically when a daughter is born, it is viewed as a tragedy, a burden to the family, as they must save money for her dowry until she is able to be married off (as still the case today in many parts of Asia & Middle East). Depending on the region, the girls are married off from the age of 10-20 years old; in some areas, even younger. Families put their hope on the boys, as he is able to go out for work and make money for the family. Therefore, any money they have for education, food, resources will go to the boy first.

Instead, Jyoti’s family celebrated her birth, with her name meaning “Light“. She had always wanted to be a doctor which is seen as ‘too ambitious’ nor realistic considering her family’s lack of money and class. She begged her dad to use what money he had saved for her future wedding, instead on medical school cost. Jyoti made it through medical school, working late night shifts at International call centers to make extra money and slept only 3-4 hours a night. Her mother recalls Jyoti telling her “as soon as I become a doctor, you guys will no longer have to suffer, I will be able to take care of you then.” She was only months away from becoming a doctor, when this senseless tragedy happened. 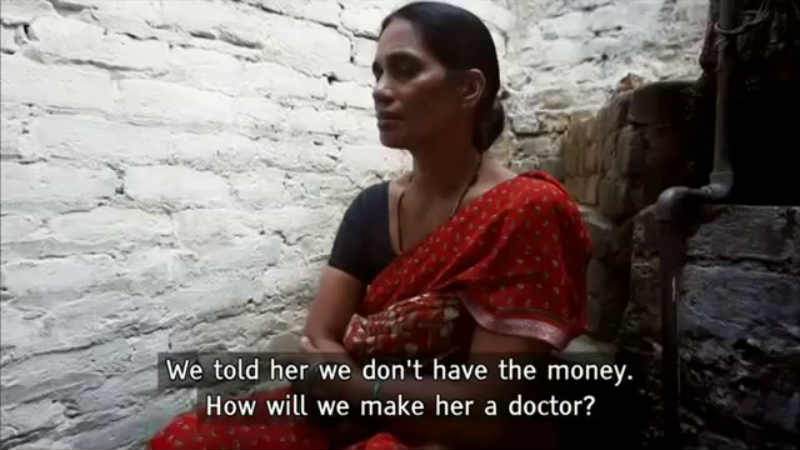 Some think these things happen because of ‘evil’. Whatever your religion or belief, you can’t deny that rape, violence, dishonesty, stems from one’s teaching from society & surroundings. There is also no where in Hinduism & Sikhism that teach intolerance towards women. Many of us are trying to understand ‘why’ the aggression towards women, where does this root from? And why do some people come from the same exact neighborhood but don’t turn out the same?

The Rapist’s Families Show No Remorse

In this documentary, they show the rapist’s families at their homes. All come from extreme poverty and are uneducated farmers and laborers. While the family members seem like decent human beings, the mothers/wives/sisters of these rapists seem to also subscribe to the thought that they, as females, are worth less than males, a result of their upbringing. Imagine if you were raised by a mother who also taught this to you. One wife states, “How am I to live after he’s gone? A husband’s role is to protect his wife. I have nothing to live for, how will I raise my son?”

They interview one of the 6 rapists, who claimed that he only drove the bus but didn’t rape or touch Jyoti. Though he looks scared for his future, he has not expressed remorse. Instead blames the girl for being out with an unmarried man not her husband. He states that any decent girl would not be out at such a late hour. Jyoti was out to watch the movie “Life of Pi” with a male friend, the night before she was suppose to begin her internship.

Her male friend was interrogated by the rapists first, “Who is she? Why are you out with her?”, when they beat him up and proceeded to take turns raping her in the back of the bus. When they were finished, she was so horribly destroyed, that they were able to pull out her intestines. Then they proceeded to throw her naked body out of the bus, along with her friend.

While we easily blame these disgusting criminals of their ‘sexist views’, we really have to look at the bigger picture. India’s views on women, and essentially, the world’s view on women. Some cultures have come a longer way than others. When we are feeling the gender inequality in America, I think it wouldn’t hurt to remind yourself how much farther we have come than other places. 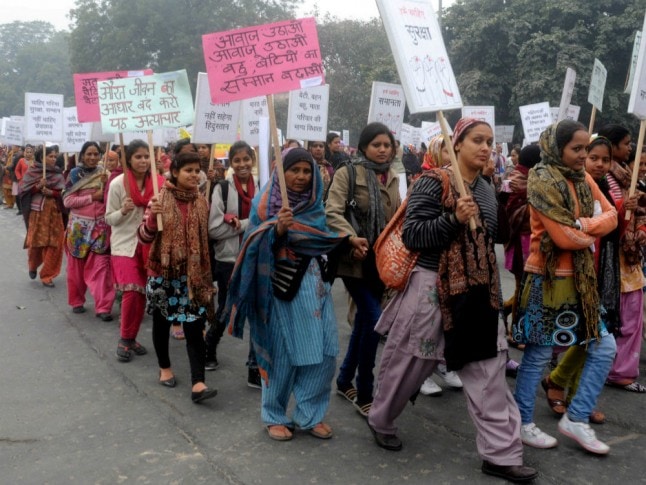 Millions of rape have gone unreported, mainly out of shame to the women and her family. Many are reported but dismissed by the local police because it is not of importance to them. Many easily blame the woman for the rape – being out too late, dressing too scandalous, not being with their husband, etc. This case was reported on the news in India the next day and thousands of students and protestors went on to the streets to protest for Women’s Rights and maximum punishment to the rapists.

This protest lead India’s Government & Lawmakers to take the case more seriously than they have in the past, which lead to the verdict that 5 of the 6 rapists will be punished the death penalty by hanging. 1 of them committed suicide in jail before the hanging. The 6th rapist was a 17 year old minor and will only be imprisoned for 3 years. Since this incident, it is estimated that 35% more rape cases have been reported in India.

The Defense Attorneys Blame the Women For Rape As Well

In the documentary, the 2 defense attorneys of these rapists clearly blame females for the rape, as if they were asking for it, never the males’ fault. One attorney compares a female to a ‘precious diamond or flower’, that if left out on the street, will be eaten by a dog or rot in the gutter. He comes off as a caring parent at first, but quickly the tone turns into purely sexist views, as he is defending the rapists for why it is ok to rape a female who’s out.

I have had similar conversations with Young Saudi men at a bar, why their women had to be covered up. Sincerely, they answered me, “Because us men are savages, all we think of is sex. So we want to protect our women by having them covered up from other men.”

The response to why their women couldn’t drive was, “Because in the Middle east, people drive crazy. We men drive like savages, so we don’t want our women to get hurt on the road. We prefer to drive them. Here in the US, no problem they can drive.” Yeah, ok.

In Conclusion, Let’s Educate Boys Starting at an Early Age

Changes are made through continual conversations & education. Education to boys at an early age that girls are equal, and education to girls on their self-worth/equal rights to society. This will happen if the society at whole subscribes to this belief. I’m not sure that India or the rest of the world is all on board. Even here in the United States, on the news daily are Presidential Candidates trying to ban women’s birth control & abortion rights.. But we can’t give up, because we are making progress in the world. A few steps forward, a few steps back.

We should always celebrate how far we have come in terms of sexism and women’s rights, but let us continue on the conversation of a better future for women here and in the rest of the world. Can you imagine that it was in this century that women couldn’t vote? Couldn’t join the army? Could only work as teachers, nurses, secretaries? We have certainly come a long way, but we still have a long march ahead.

Here’s a preview of India’s Daughter: