Iran has been officially known as “The Islamic Republic of Iran” since 1979. Even though today (internationally) it’s commonly known for its strict Islamic laws, those that know even a tad bit of Iran, know of it’s richer, more vibrant history. Iran has an estimated population of 83 million people. Ranked 18th largest in the world and 19th for population size. It is one of the oldest civilizations in the world, with the 6th century (BC) Persian empire ruling 40% of the region at the time. The wide range of religions and ethnicities of Iran is what makes the country so diverse and special today. Learning about the differences will give you a glimpse into its past and present lifestyle. In this post, I share with you some Iran culture facts.

While Iran has had its time as the most powerful empire in 500 BC, it has also had its fair share of conquerors and corrupt kings. All of which have influenced the Iranian culture today (as with the case everywhere in the world). Zoroastrian religion was their national religion during the rule of Cyrus the Great (one of their most beloved ruler in history). Later they were forced to convert to Islam during the Muslim conquest in 651 AD. Around the 15th-17th century, the sect of Shi’a Islam would become the next big influence from their traditional following in Sunni Islam.

Today, Iran is a favorite pilgrimage site among Muslims (especially Shi’as). Though, for international travelers, many visit for the rich history of Ancient Persia, it’s food, the culture, topography, art and so much more. You will be delightfully surprised at how diverse and beautiful Iran culture is when you visit. 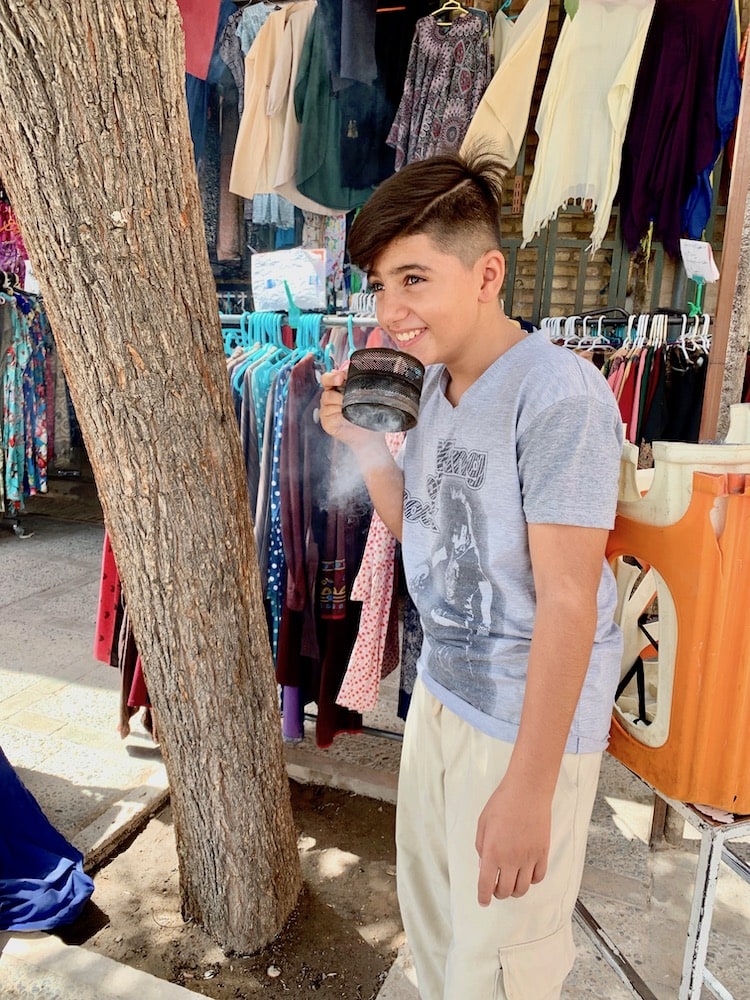 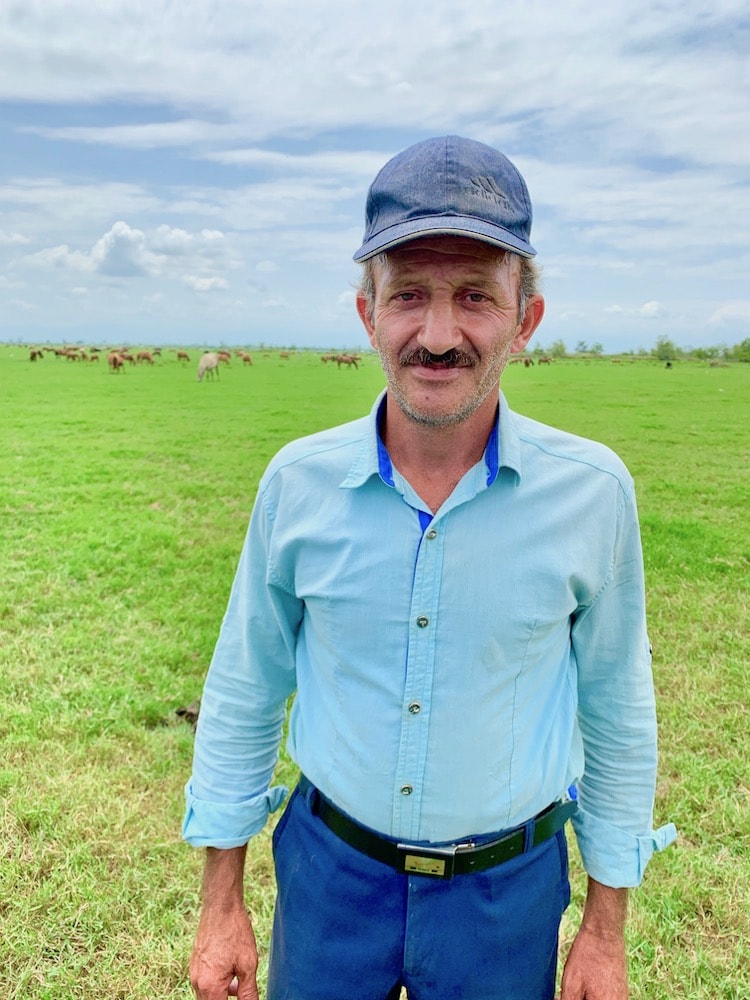 It is debatable whether you refer to the people as “Persians” or “Iranians”. Neither is offensive as it has to do more so with etymology and one’s understanding/analysis of the two words. Prior to 1935, the country was known as Persia dating back to 1000 BC. The two terms are often interchangeable and of ongoing debate.

Using “Persian”, for many, has a more charming, romantic, favorable and historical sentiment over “Iranian”. It really is a personal preference. Others prefer the term “Iranian” as it’s a modern, official term, though it refers to their national name today over ethnic identity. The Persian People are a part of the Iranian ethnic group (the majority) that make up over half the population of Iran today. Those living in Iran would be considered “Iranians” even if they are not of Persian ethnicity.

The Religions of Iran

Today, Shi’a Muslims make up 89% of the religious population in Iran. Approximately 10% are Sunnis with the small remainder being a mix of Zoroastrians, Christians, Jews and Baha’i. While the Jews and Christians typically live in peace in Iran, the Baha’is are having major conflicts and many are being persecuted.

Pre-Islamic Persia once had a Zoroastrianism majority and is known to be the oldest religion in Iran. Zarathustra, the Persian spiritual leader who founded Zoroastrianism’s first followers were believed to be Persians. Zoroastrianism is a monotheistic religion and believes that there is only one God who created the world, named Ahura Mazda. They believe that fire is a symbol of Ahura Mazda’s wisdom and light.

Today, there are less than 200,000 Zoroastrians left in the world. India has half of the population, who are referred to as “Parsis”. They live in colonies in Mumbai and Pune and are known to be highly educated, financially successful and peaceful people. Freddie Mercury is a famous Parsi.

Visit: Zoroastrian Fire Temple to witness a fire that’s been burning for 1550 years and the Tower of Silence in Yazd.

Christians are part of the minority group in Iran and can be traced back also to Pre-Islamic Persia. Despite being a minority during the prime years of Zoroastrianism, Christianity had more representation than today in present-day Iran. Today, there are approximately 600 churches and 330,000 Christians in Iran. The main ethnic identities being Assyrian, Armenians, Chaldeans (Iraqi Christians) and Catholics. While most of these minorities are protected by the government, they are not allowed to conduct church services in the Persian language. This is because Christians in Iran are prohibited from sharing their gospel or converting non-Christians. (Under Iranian law, one parliament seat is allocated to the Christian minority.)

The origins of Jews living in Persia can be traced back to 727 BCE when they were captured by Assyrians and brought as slaves. The Biblical Book of Esther contains references to the experiences of Jews in Ancient Persia. Jews have had a continuous presence in Iran since the time of the Achaemenid Empire. Cyrus invaded Babylon and freed the Jews from Babylonian captivity.

Shiraz and Ishafan were one of the cities where most of the Jews resided. Today, most Jewish communities can be found in the capital city of Tehran with 11 synagogues. There are a total of 25 synagogues present in Iran today with approximately 12,000 Jews in Iran. There are only approximately 200-250,000 Persian Jews left in the world. During the revolution, most fled Iran to avoid persecution. Today, the majority live in Israel with about 135,000 population.  Approximately 70,000 live in the US, mainly in New York and a majority in Los Angeles: Beverly Hills, Westwood and in the San Fernando Valley. They are known to be highly educated and incredibly wealthy due to Real Estate investments. (The Jewish minority group is also allocated one seat in the Iran parliament.)

Iran’s religious population was previously a Sunni majority until the Safavids were seated and converted the country to Shia Islam in the 16th-18th century. Today, Iran is known to be an Islamic country with 99.4% of the country identifying as Muslims. 90-95% of the Muslim population identify as Shi’a and the rest identify as Sunni. The world’s Muslim population is predominantly Sunni (80-90%) while the rest are Shi’a. Most of the Shi’ites are concentrated in the countries of Iran, Pakistan, Iraq, and India.

The divide between the Shi’ites and the Sunnis began after Prophet Muhammad’s death. The Sunnis believed that the rightful successor of the prophet should be his father-in-law, Abu Bakr while the Shi’ites believed that the rightful successor should be Ali ibn Abi Talib, Muhammad’s cousin, and son-in-law. The Sunnis asserted their belief and made Abu Bakr as the first caliph of Islam after Muhammad. The difference today in religious practice between the two is that the Shi’ites mainly rely on their Ayatollahs, the ones who are considered to be experts of Islamic teaching. Sunnis on the other hand, rely on the “Sunnah” or the recorded teachings of Muhammad as their main guidance.

Though Sunnis and Shi’as both follow the Quran and the Five Pillars of Islam, the disagreement over who the successor of Prophet Muhammed would be, has caused conflict within Islam in the past 1500 years. More specifically though, this divide became more fatal in the past century with the rise of Wahhabism and Salafism (an extreme fundamentalist group of Sunni Muslims) rooted in Saudi Arabia. Funded by the Saudi government, they have made every effort through political and aggressive forces to painted the idea that Shi’as are infidels to Islam. This has caused a huge divide and hatred between the two, especially with Saudi Arabia vs Iran conflict.

This political strife has been the root and excuse of many conflicts throughout the Middle-East and the West still today. While non-Muslims looking from the outside just see one big cluster of chaos within Islam, the majority of the problems are politically motivated over religiously driven. Within Iran, you can find families living in Kurdistan and Sistan province with spouses from both Sunni and Shi’a sects. Communities between the two still live peacefully within one another throughout parts of Iran. 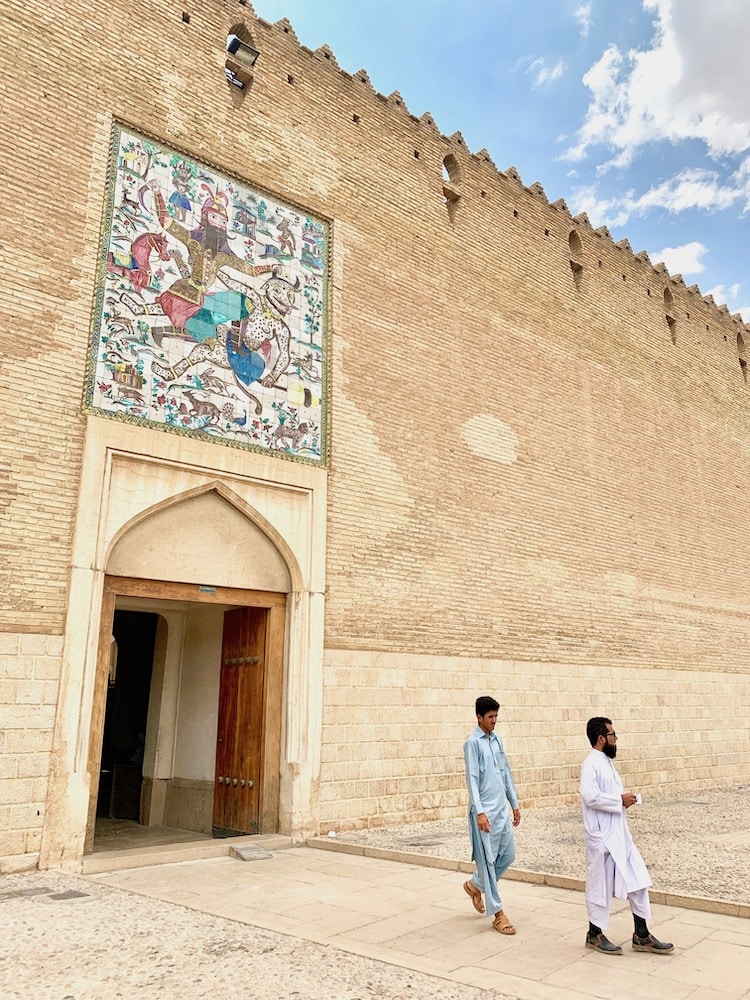 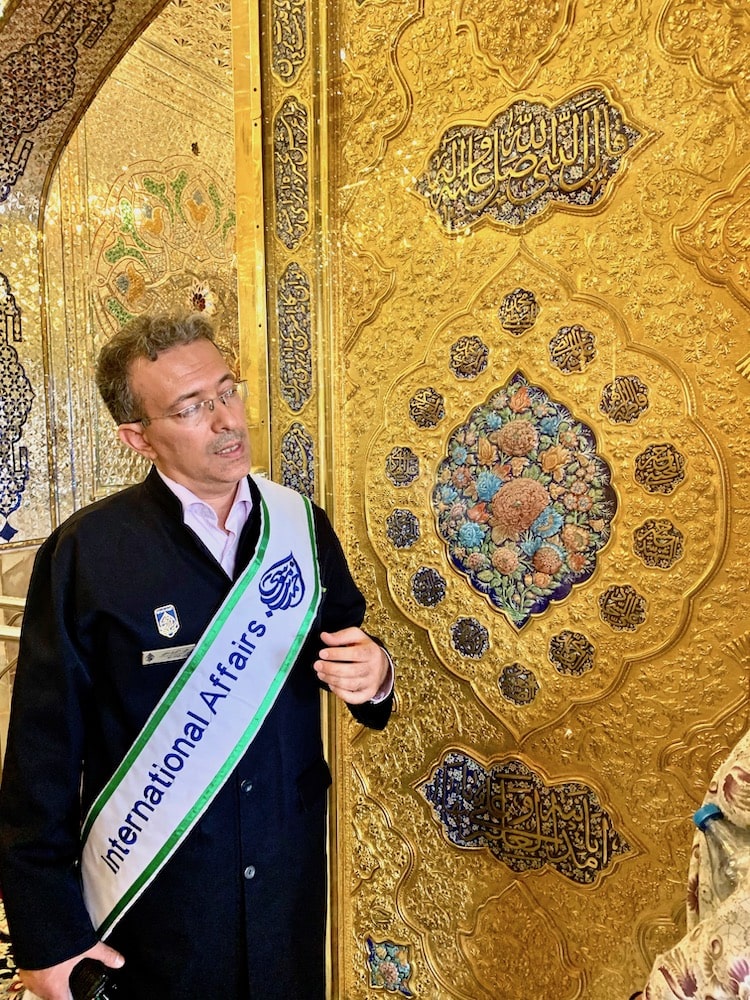 The Ethnicities of Iran

Just by glazing through photographs of Iranian people, one can easily see the large diversity of ethnic make up in the country. Iran also has one of the largest refugee populations with approximately 1 million people (mainly from Iraq and Afghanistan). 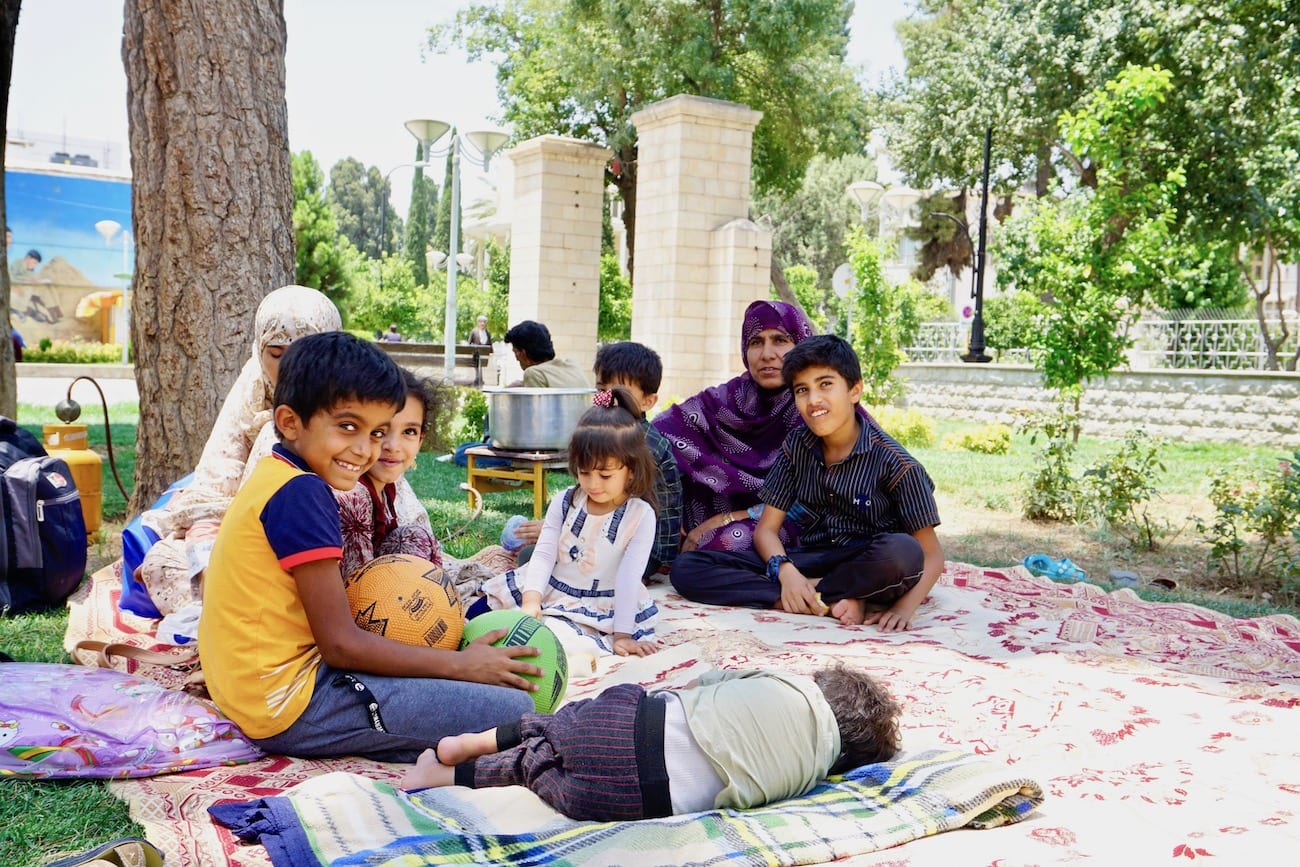 Azeri Turks are those who speak the Azerbaijani language as their native language. Most of them are concentrated in northwest Iran in the Azerbaijan provinces of East Azerbaijan, West Azerbaijan, Ardabil, and Zanjan. The current supreme leader of Iran, Sayyid Ali Hosseini Khamenei, is known to be half Azeri. About 20% of Iranians today identify as Azeris.

The Kurds make up about 9% of the Iranian population and the majority of the Kurds identify as Shi’ites. They speak the Kurdish language, considered to be a regional language in Iran. Most Kurdish communities can be found in the provinces of West Azerbaijan, Kurdistan Province, Kermanshah Province, and Hamadan Province in Iran. 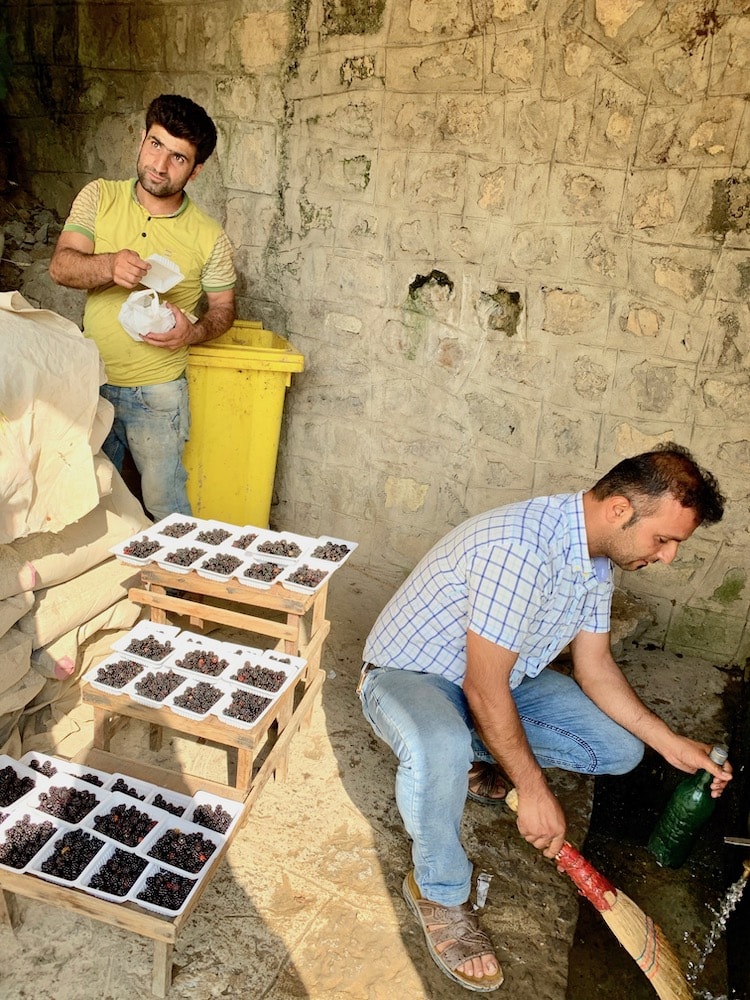 The Lurs can be mainly found in western and southwestern Iran. They make up about 6% of Iran’s total population. The Lur people speak the Lurish language or Luri derived from the Old Persian language. Most of the Lur people are Shi’a Muslims and can be found in the Fars Province, Ishafan, and Khuzestan.

Iranians of Arab ethnicity make up only about 2% of the country’s total population. Most of them reside today in the province of Khuzestan with Arabic as their native language. The Iranian Arabs’ settlements in the country can be traced back way before the Muslim conquest of Persia.

Note: Iranians are NOT considered “Arabs” and many will find it offensive if you refer to them in that term.

The Baloch population makes up about 2% of Iran’s population. Most of the Baloch communities can be found in Sistan and Baluchestan Province of Iran. The Balochs prefer to isolate themselves to maintain their cultural identity residing in mountainous areas. Most of them identify as Sunnis. The region of Baluchestan is known to be one of the poorest in the country.

Nearly 2% of Iran’s population is considered to be Iranian Turkmen and other Turkic tribes. These Turkic tribes can mainly be found in the northern regions of Iran and they live a nomadic and semi-nomadic lifestyle as farmers, herders, and cattle breeders.

Culture of Women in Iran

The culture of women in Iran has drastically changed from before and after 1979. Prior to the revolution, with international exposure and close relations to Europe and the US, western secular ways were influencing Iranian culture under the rule of Shah. Women were free to dress and roam however way they wanted. These secular ways, western influence, and the dichotomy between the rich and the poor caused a major divide in the country. After the revolution led by Ayatollah Khomeini, strict Sharia laws became government law. This included women having to cover their hair with a scarf as well as their whole body.

Though the enforcement of strict laws, there is no restriction on access to education. Most careers are also available to women. Iranian women are known to be highly educated, strong and sophisticated. 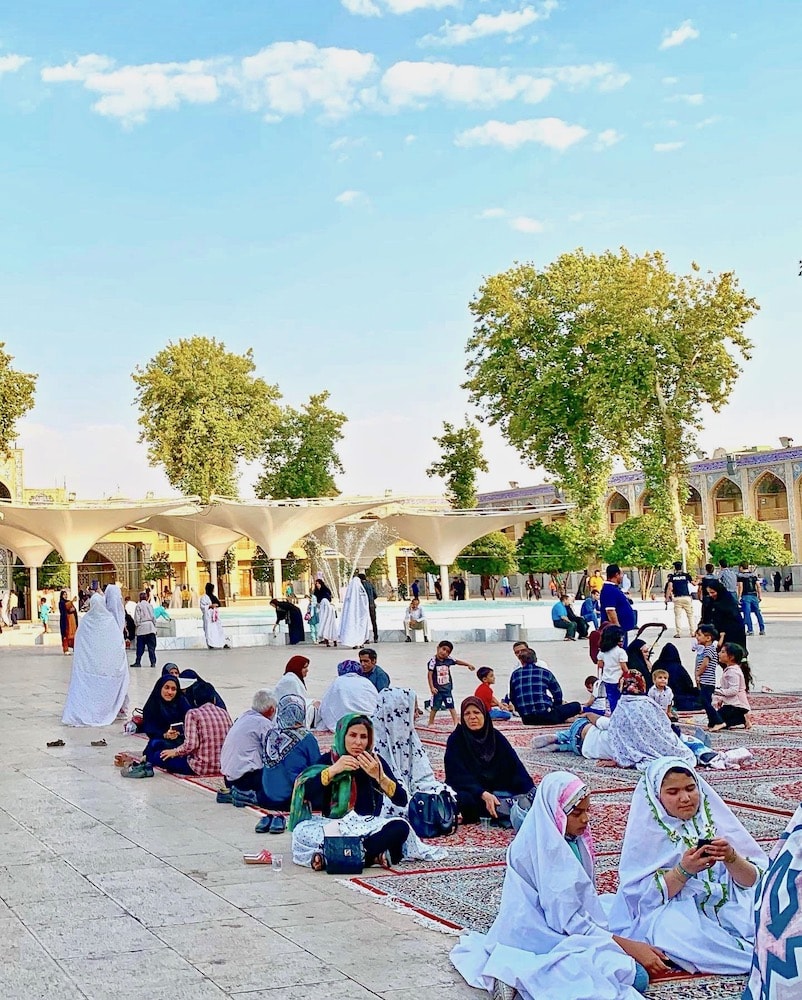 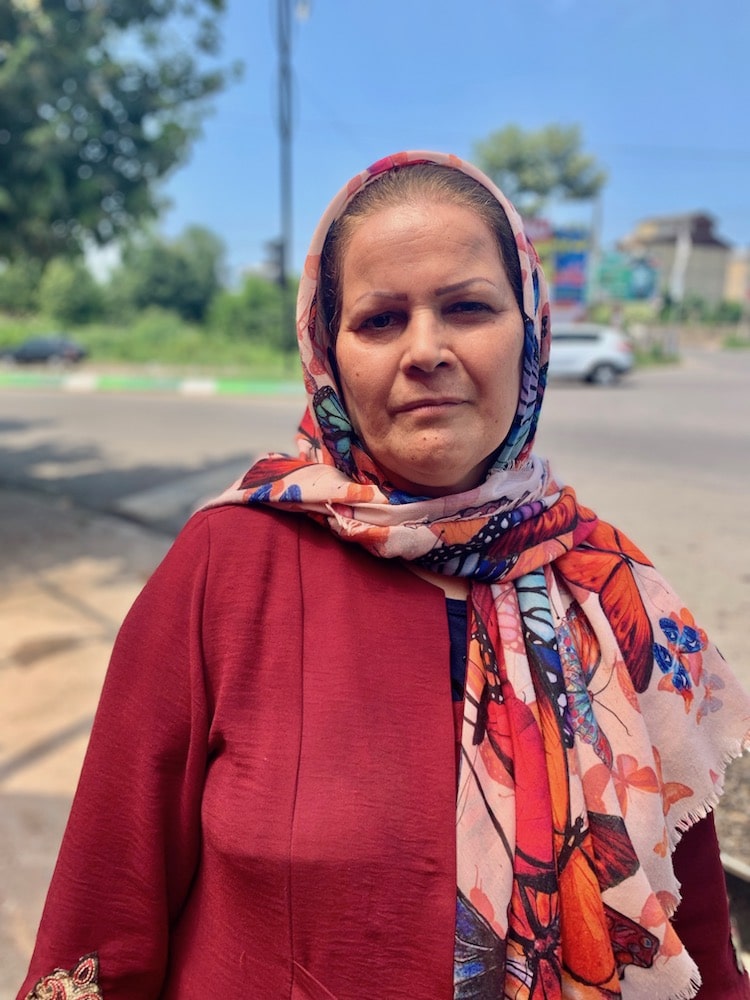 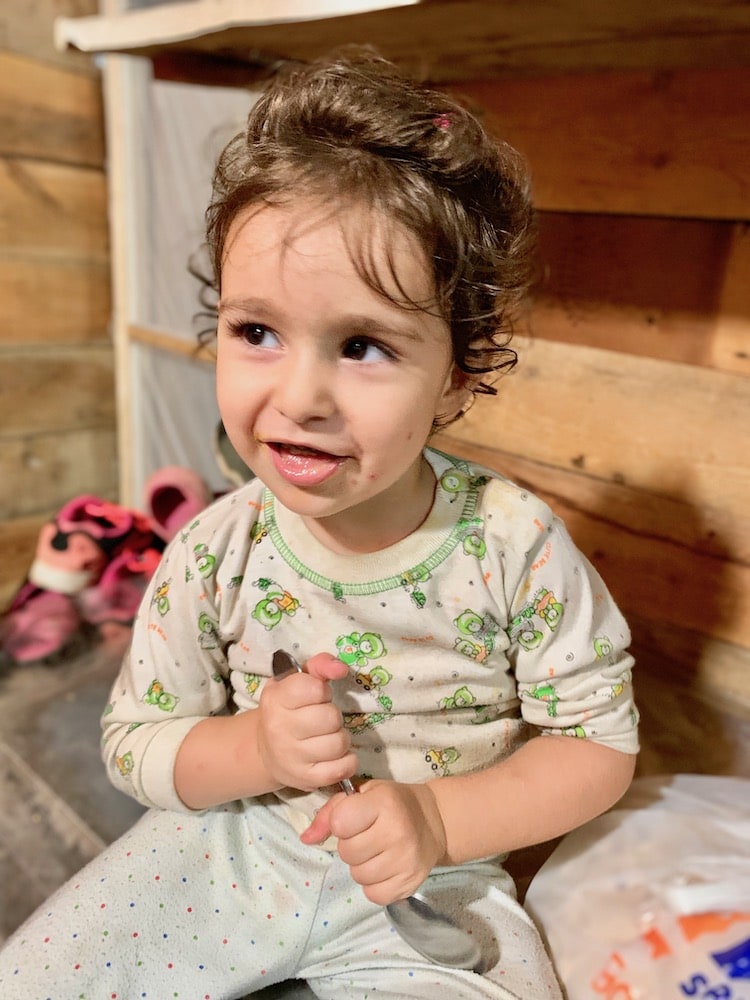 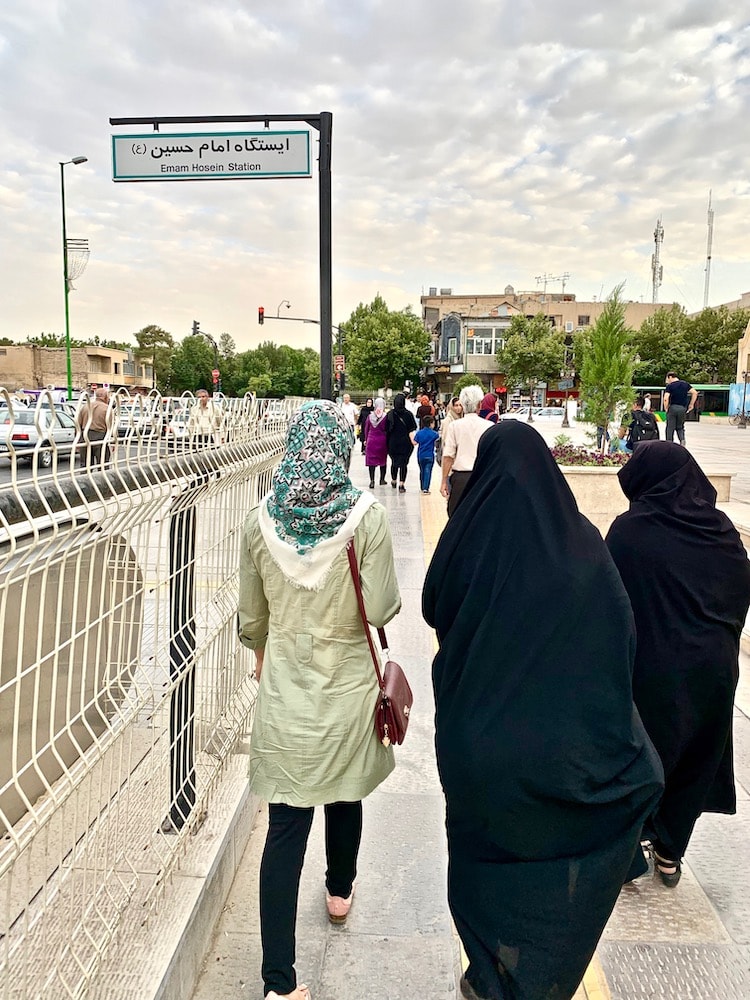 Note: American, Canadian and UK citizens traveling to Iran are required by law to hire a licensed Tour Company in the whole duration of their trip. I recommend booking your tour through Visit Our Iran, the first Iranian Tour Marketplace. Through their website platform, you can find a large variety of private and group tours from dozens of trusted tour operators. Use my discount code Bohemianvagabond2019VOI for 10% off all tours! Or e-mail them with any questions VisitOurIran@gmail.com.

For more on Persian Culture & Traveling in Iran: