Xenophobia: fear and hatred of strangers or foreigners or of anything that is strange or foreign 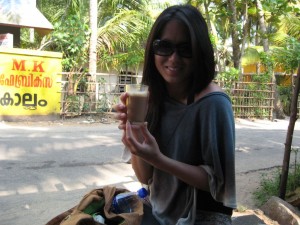 Recently in the Media, a popular topic has been whether or not women should travel alone. It’s been an ongoing topic but especially recent with the news of the girl who was found dead in Istanbul, the Canadian-Chinese girl found in a water tank in Downtown LA, the acid attacks in India. The real issue at hand is not “Women traveling Solo”, but simply the ongoing movement and discussion of “Violence against Women”. And that’s here in the United states too.

If you ask me: Yes, why not!? Proceed with caution, with preparation, with common sense and street smart.

My dad wrote me a concerned e-mail recently pleading that I never travel alone again. He refers to those news articles he’d seen, in which I replied politely:

I appreciate your concern, but the World is overall a safe place. I know you find it dangerous for me to travel alone, but I’ve done it much and have found no dangers in doing so, and sadly I must bring to your attention that just last week, 2 innocent individuals (who are my age) were murdered in what has been named the “Safest city in the US”. Yes, I’m referring to Irvine, California.

When and How I Began my Journey in Traveling Alone

In 2008, I booked a solo trip to India. Those that had never been thought I was insane for wanting to go and told me how unsafe it’d be. My mom said there was war going on, I think she was confused with Iraq. She begged and bribed me, saying that she’d pay for my cancellation fee and take me anywhere in Europe for a 1 month trip all-expense paid for if I didn’t go. I threatened if I get one more e-mail bugging me, she wouldn’t receive 1 e-mail from me while in India (which she had asked I write everyday to let her know “I’m alive”). She rested her case.

I flew 23 hours to Cochin, India in March of 2008. On the first day, I met another girl traveling solo from London, so we embarked in the beautiful Kerala Backwater Tour together sipping out of coconuts and snapping photos of each other. This trip would go down in my history as the top 3 trips I’ve taken. There are many perks to traveling solo as well as a few flaws. I met some amazing travelers from around the world which you tend to do more when you’re alone. I traveled throughout India on my agenda, on my timing, with no compromise. If I didn’t like a place, I got up and left without having to discuss with someone else. India felt incredibly safe, but more so in the South. Sure, something bad could have happened and I could have never been found in a country of billions, but the chances are much lower than you think. Rape & murder happen just as much here in the US.

Travel Alone or with a Partner?

The flaws of solo traveling is loneliness. While you are able to meet many open-minded travelers who you can embark in 2-3 days of journey with, there will be down time. But this down time is also a way of finding peace within yourself, and learning to work with that discomfort. Kind of like Yoga. I wouldn’t take 1 second of that trip away for anything. I am glad I did that trip.

The disappointing remarks from the media about women traveling solo have been “She deserved it”, “She should have been at home with the kids”, “What do you expect when a women goes abroad? That’s just plain crazy”.  I don’t think they’d say the same if it were a male traveling solo. Actually, I’m sure of it, so that adds the other ongoing issue, Sexism.

Shit happens. Violence happens, but it happens just as much even in our home town. The problem with the media that we all know is that they aren’t going to report on the thousands of smiling girls who have traveled abroad and their great travel stories and photographs on CNN, but yes, they will report on that 1 that didn’t make it back. That’s ratings for you!

Few Tips on Traveling Solo from Yours Truly:

I encourage women to travel. Solo, with a partner, in a group. Don’t let these Xenophobic people or media stop you. Remember the safety basics that you would practice at home or abroad. Happy Travels!